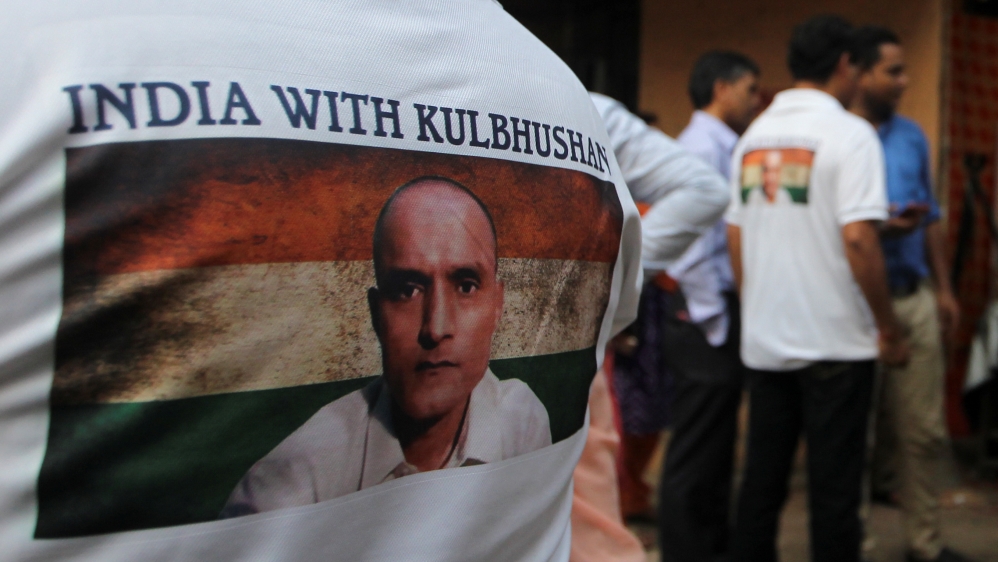 Islamabad, Pakistan – New Delhi has requested Pakistan to allow an Indian lawyer to represent its citizen, Kulbhushan Jadhav, who was convicted for espionage by a Pakistani military court in 2017, in his appeals, the Indian foreign ministry says.

Speaking during an online media briefing on Thursday, Indian external affairs ministry spokesperson Anurag Srivastava offered the first indication from the Indian government that it was prepared to move forward with the Pakistani legal appeals process.

“For a free and fair trial in keeping with the letter and spirit of ICJ judgment, we have asked for Jadhav to be represented by an Indian lawyer,” Srivastava said.

“However, Pakistan has to first address the core issues – giving copies of relevant documents of the case and providing unimpeded consular access to Jadhav.”

The two governments have often clashed over the issue of Jadhav, who was arrested in 2016 in the Pakistani province of Balochistan by intelligence services and accused of organising and funding attacks in that region.

The Pakistani military released a video showing Jadhav confessing to the charges at the time. India rejected the “confession” as being coerced.

He was tried by a military court on charges of espionage and sentenced to death in 2017. An appeal for clemency is pending before Pakistan’s army chief, General Qamar Javed Bajwa.

The right to appeal

In parallel with his clemency appeal, Jadhav has also been given the right to appeal his sentence before a civilian court, in line with a 2019 International Court of Justice (ICJ) verdict in a case filed by India.

In that verdict, the ICJ had ordered that Pakistan must allow Indian diplomatic officials consular access to Jadhav, which he had been denied so far on the Pakistani argument that such access could have “national security” implications.

In September that year, Indian consular officials met Jadhav for the first time, a meeting India says was conducted under heavy surveillance. Pakistan denies the charge. Two family members, his mother and wife, had earlier met Jadhav in December 2017.

In July, Pakistan’s foreign office said it had provided Jadhav with his second opportunity to meet consular officials, who it says “were provided unimpeded and uninterrupted” access to him.

Earlier this month, the Islamabad High Court ordered the government to allow the Indian government to appoint a lawyer to represent Jadhav in his appeal before that court. That order followed the passage of a bill in Parliament to allow for such a practice to take place.

The next hearing at the Islamabad High Court, which currently is focused solely on the appointment of a lawyer to represent Jadhav, will take place on September 3.