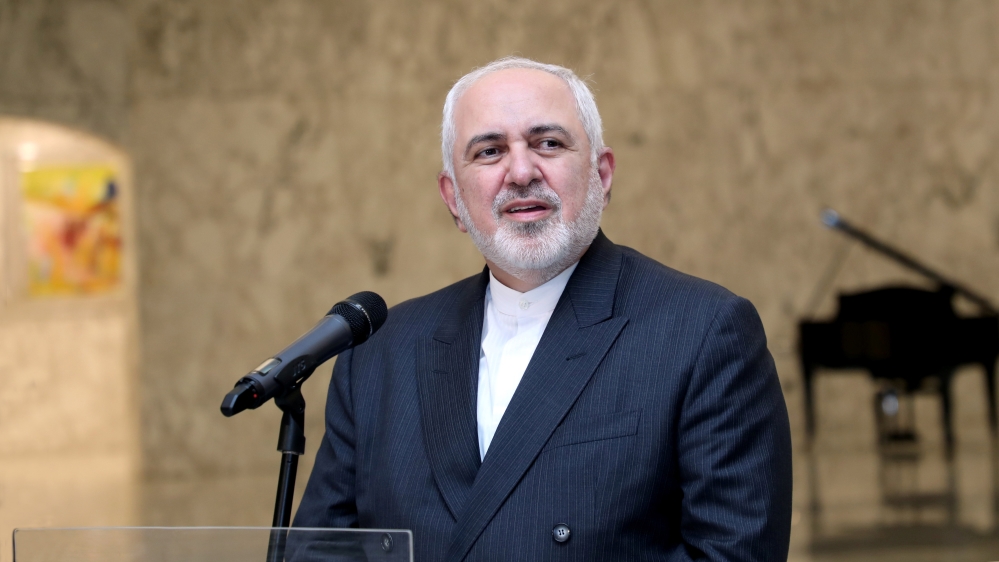 The United States has no right to demand the restoration of United Nations sanctions against Iran, the foreign minister said.

In a letter to the UN Security Council (UNSC), Mohammad Javad Zarif said the US lost the right to make demands in 2018 when it withdrew from the landmark nuclear deal between Iran and major world powers.

Zarif also said the unilateral pullout by Washington violated a UN resolution that required signatories to avoid any damage to the deal.

“It is clear that the US has no right to the ‘reapplication of the provisions of terminated resolutions’ against Iran,” wrote Zarif.

“The Trump administration has never acted in good faith – an inseparable part of international relations … The Iranian people expect the UN Security Council to bring the US to account for the irreparable harm inflicted on the entire Iranian nation merely for reasons of personal aggrandizement or domestic political expediency.”

US Secretary of State Mike Pompeo on Thursday officially informed the UN it is demanding the restoration of all UN sanctions on Iran, but allies and opponents declared the American move illegal and doomed to failure.

Pompeo insisted the US has the legal right to “snap back” UN sanctions even though President Donald Trump pulled out of the historic 2015 nuclear deal between Iran and six major powers that was endorsed by the UNSC.

He said UN sanctions will continue the arms embargo on Iran, set to expire on October 18, as well as prohibit ballistic missile testing and nuclear enrichment that could lead to a nuclear weapons programme – which Tehran insists it is not pursuing.

The US insistence on snapping back international sanctions against Iran sets the stage for a contentious dispute on Friday when the UN Security Council meets. The US’s demand could be ignored by other UN members – calling into question the council’s ability to enforce its own legally binding decisions.

Zarif said the term “snapback” was never mentioned in the deal or in the UN resolution that supported the deal.”The US intentionally has applied the word to suggest speed and [an] automatic” return of sanctions, he said.

Under the agreement, Tehran received sanctions relief in exchange for curbs on its nuclear programme. The”snapback” mechanism was created in the event Tehran was proven to be in violation of the accord.

The US imposed unilateral sanctions on Iran and sent the country’s economy into free fall following its pullout from the deal.

A Russian official condemned the US effort to reimpose sanctions on Iran.

“Looks like there are two planets. A fictional dog-eat-dog one where US pretends it can do whatever it wants without ‘cajoling’ anyone, breach and leave deals but still benefit from them, and another one where the rest of the world lives and where international law and diplomacy reign,” said Dmitry Polyansky.

Three European nations – France, Germany and the United Kingdom – also rejected the move and stressed their continuing support for the nuclear accord, also known as the Joint Comprehensive Plan of Action (JCPOA).

“The US ceased to be a participant to the JCPOA following their withdrawal from the deal,” the trio said in a statement. “We cannot therefore support this action which is incompatible with our current efforts to support the JCPOA.”