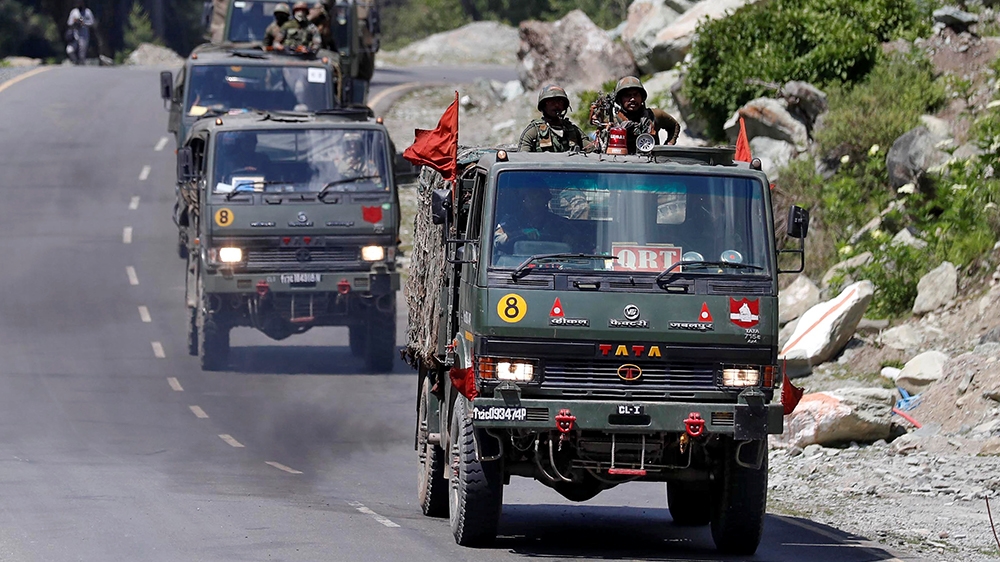 India and China have agreed to resolve all outstanding problems in an “expeditious manner” and in accordance with the existing protocols, New Delhi said on Thursday after border talks between the two Asian giants.

“The two sides will continue to sincerely work towards complete disengagement of the troops along the Line of Actual Control (LAC) in the Western Sector,” India’s foreign ministry said in a statement.

The two countries have deployed thousands of troops across their 3,500km (2,200-mile) disputed frontier since late April after Chinese troops entered into territories that New Delhi claims its own. China denies it has transgressed the LAC – the de facto border between the two countries.

Tensions have flared since June 15, when at least 20 Indian soldiers were killed in Galwan Valley located in Indian-administered Ladakh (in the Western sector) in the deadliest violence in more than 40 years.

In the meeting of the India-China Working Mechanism for Consultation and Coordination (WMCC) the officials agreed on the “restoration of peace and tranquillity” in the border areas.

“The two sides had a candid and in-depth exchange of views on the existing situation in border areas,” said spokesman Anurag Srivastava in a statement.

“They reaffirmed that in accordance with the agreements reached between the two Foreign Ministers and the two Special Representatives, the two sides will continue to sincerely work towards complete disengagement of the troops along the Line of Actual Control (LAC) in the Western Sector,” said the statement.

The Chinese embassy in New Delhi in a statement said the two sides agreed to “cool down the border situation” and “jointly maintain peace and tranquility” at the contested border.

“For the China-India relationship, the two sides should jointly safeguard peace and security in the border areas and maintain a steady and sound development of bilateral ties,” Zhao was quoted as saying by India’s PTI news service.

The two Asian rivals have already held about a dozen rounds of talks, including at the military level, to soothe tension, but analysts say the meetings so far have not borne fruit as China has refused to pull back its troops to the pre-April position and cut down on border reinforcement. Analysts in India say the Chinese continues to occupy border areas perceived by India as its own territory.

The two countries have long-standing border issues, with Beijing claiming territory in India’s northeast, while New Delhi accuses Beijing of occupying its territory in the Aksai Chin plateau in the Himalayas, including part of the Ladakh region.

Experts say India’s stripping of part of the disputed Kashmir region – which lies between India, Pakistan and China – of its autonomy a year ago exacerbated existing tensions with China and culminated in the deadliest clash between the Asian giants in more 45 years.

China saw this as a unilateral move that threatened its territorial sovereignty and condemned it at the United Nations.

In August 2019, New Delhi stripped Indian-administered Kashmir of its statehood, demoting it to a federal territory, and clamped down on dissent.

The region’s decades-old semi-autonomy, which protected jobs and land from outsiders, was also scrapped.

Iran: US has no right to demand restoration of sanctions | News