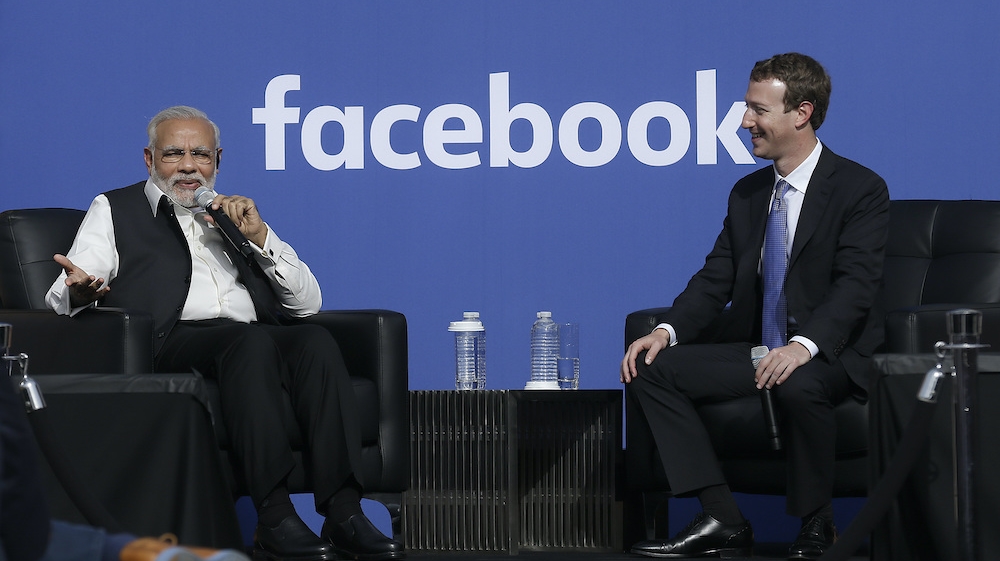 Facebook has admitted it has to do better to curb hate speech as it battles a storm in India over ignoring hate speech by leaders linked to the governing right-wing Bharatiya Janata Party (BJP).

The Wall Street Journal last week reported that a top Facebook India executive refused to remove the comments of a BJP legislator because it would damage the company’s business interests.

“We’ve made progress on tackling hate speech on our platform, but we need to do more,” Facebook India’s managing director Ajit Mohan said on Friday in a statement that denied any bias.

The WSJ report said T Raja Singh, lone BJP legislator in southern state of Telangana, used his Facebook page to say the Rohingya refugees in India should be shot and that Muslims were traitors.

The report also mentioned at least two other BJP leaders, whose incendiary posts were deleted from the platform after the United States-based newspaper approached them for a response.

Facebook India’s top public policy executive, Ankhi Das, told staff that hate speech rules should not be applied to BJP individuals and party allies even though the post had been flagged by staff, said the WSJ.

“Over the last few days, we have been accused of bias in the way we enforce our policies. We take allegations of bias incredibly seriously, and want to make it clear that we denounce hate and bigotry in any form,” said Mohan.

The Facebook India chief defended his company’s actions and said “we have removed and will continue to remove content posted by public figures in India when it violates our community standards”.

Mohan did not give details and his online post did not explain the case of Singh. He, however, said “decisions around content escalations are not made unilaterally by just one person”.

Facebook executives have been ordered to appear before an Indian parliamentary information technology committee on September 2.

Meanwhile, Das, 49, and other top Facebook India executives are facing questions internally from employees over how political content is regulated in its biggest market, according to sources with direct knowledge and internal posts seen by Reuters news agency.

An open letter written to Facebook’s leadership by 11 employees on one internal platform, and seen by Reuters earlier this week, demands company leaders acknowledge and denounce “anti-Muslim bigotry” and ensure more policy consistency.

“It is hard not to feel frustrated and saddened by the incidents reported … We know we’re not alone in this. Employees across the company are expressing similar sentiment,” said the letter.

Facebook, the world’s largest social media company, has been under fire in recent years for its lax approach to fake news content, state-backed disinformation campaigns and violent content spread via its platforms, including WhatsApp and Instagram.

Related Topics:AsiaFacebookIndiaIslamophobiaSocial media
Up Next