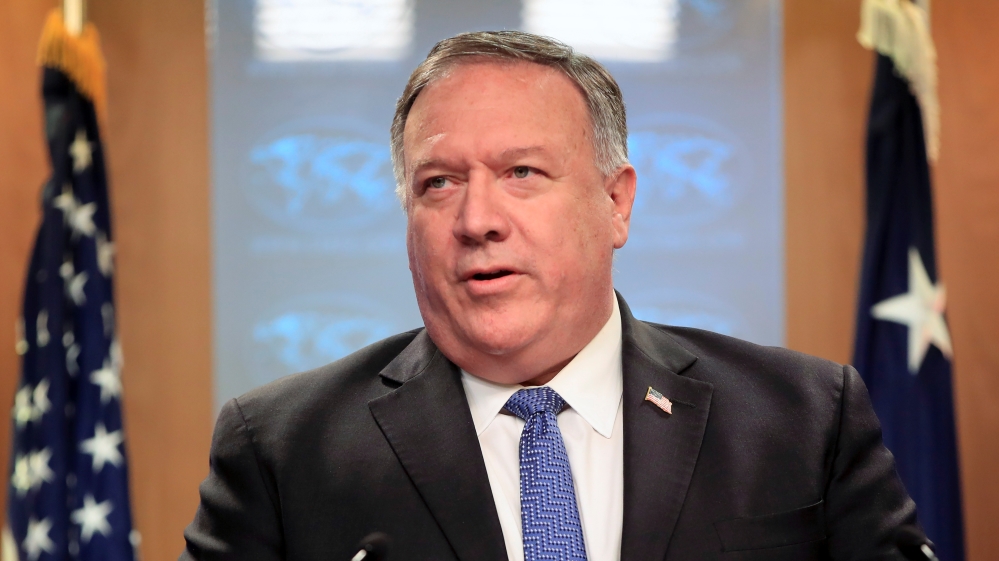 The action, which follows the blacklisting of the president, his wife and other individuals and entities, marks another round of sanctions in Washington’s bid to push al-Assad’s government back to United Nations-led negotiations and broker an end to the country’s nearly decade-long war.

The US State Department on Thursday also imposed sanctions on the leadership of several Syrian military units, including National Defence Forces commander Fadi Saqr, over their efforts to prevent a ceasefire, Secretary of State Mike Pompeo said in a separate statement, warning Washington will “aggressively pursue” sanctions against other military commanders.

“The United States and its allies are united in continuing to apply pressure on Assad and his enablers until there is peaceful, political solution to the conflict. Assad and his foreign patrons know the clock is ticking for action,” Pompeo said.

“The United States will continue to impose costs on anyone, anywhere who obstructs a peaceful political solution to the Syrian conflict,” he added.

Thursday’s move freezes any US assets of those blacklisted and generally bars Americans from dealing with them.

A crackdown by al-Assad on protesters in 2011 led to civil war, with Iran and Russia backing the government and the US supporting the opposition.

Millions of people have fled Syria and millions more have been internally displaced.

“The United States will continue to impose costs on those facilitating the Assad regime’s ongoing war against its own people,” Treasury Secretary Steven Mnuchin said.