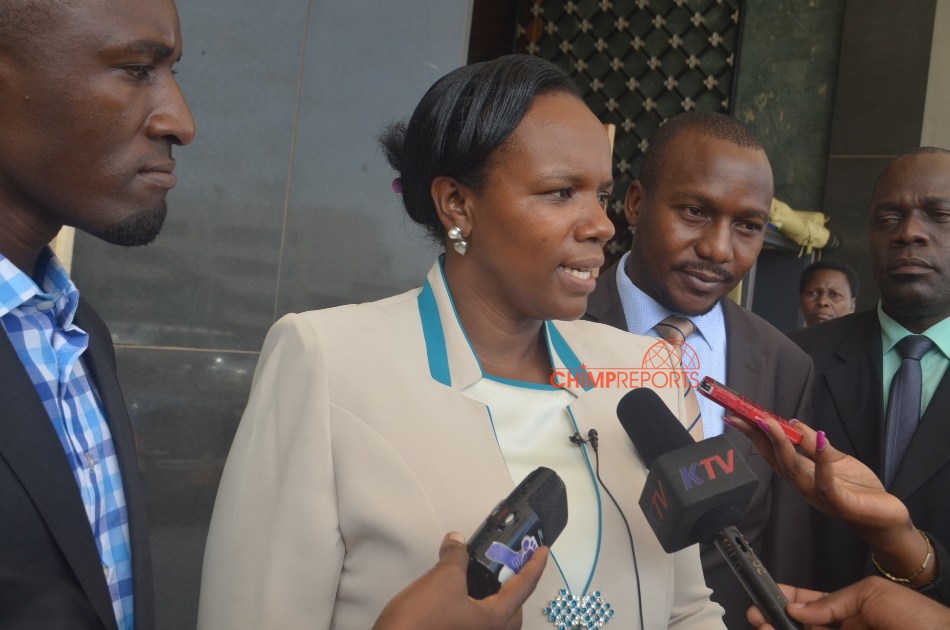 FDC iron-lady, Ingrid Turinawe has said she won’t “hand over our party to the Junta” days after being defeated in the Rukungiri Municipality MP elections.

Turinawe and MP Roland Kaginda were upset by little-known Dr Warren Katoora Tumwiine, a medical doctor during this week’s polls.

In a statement issued after losing the race, Turinawe, an influential leader in Uganda’s largest opposition political party, said she would not concede the loss.

“The FDC we started and built is against voter bribery,” said Turinawe.

Turinawe did not provide evidence to back her bribery accusations against Tumwiine.

“Nobody knows where this money came from. We will not accept to hand over our party to the junta,” said Turinawe, adding, “In town, People lined up along  the streets, in anger, in pain and in protest a matter that caused police to arrest me as I walked home.”

She previously served as Speaker of Rukungiri District Council.

However, FDC supporters in Rukungiri say Turinawe is rarely on ground, which has given his rivals an opportunity to floor her in elections.

“Tumwiine started his grassroots campaigns two years ago. Yet, Turinawe is only here in Rukungiri for a few party activities. She spends most of her time in Kampala. The tide has changed,” said Didas Muhereza, 43, a resident of Rukungiri Town.

Turinawe said people are “vowing not to vote for the so called flag-bearer who bribed a few delegates. Others are saying they will vote an NRM or an Independent candidate to protest against the few compromised delegates, while the biggest number say they will not vote.”

Winfred Kenyonyozi, 37, an FDC supporter in Rukungiri, said if Turinawe claims championing the ideals of democracy, she should accept defeat and support Tumwiine.

“How come Turinawe did not raise these issues of bribery before the election? If she starts fighting Tumwiine, FDC’s vote will be split in favour of NRM during the 2021 polls,” argued Kenyonyozi.

It is understood NRM is leaving no stone unturned in its quest to recapture Rukungiri from FDC. Rukungiri is the birthplace for Dr Kizza Besigye and presidential aspirant Henry Tumukunde.

On her part, Turinawe said the outcome of the FDC primary election “doesn’t represent the people’s will. They say a few compromised delegates won’t decide for them. I and my team will take a painful but bold decision which will be communicated soon.”

US: One dead, tens of thousands flee as fires rage in California | US & Canada News