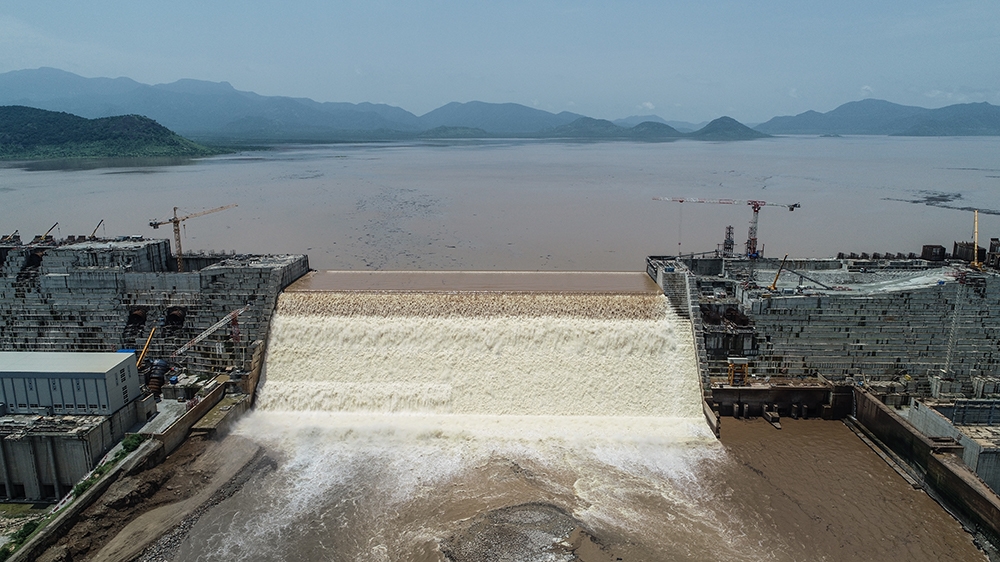 In the winter of 1964, Makhluf Abu Kassem was born in an agricultural community newly created at the far end of Egypt’s Fayoum Oasis. His parents were among the village’s first settlers, moving there three years earlier from the Nile Valley to carve out a new life as farmers.

It was a bright and prosperous start. The region was fertile and for 40 years they made their living growing corn, cotton and wheat.

Now 55, Abu Kassem looks out at what is left of his shrivelling farm, surrounded by barren wasteland that was once his neighbour’s farmland – victims of dwindling irrigation in recent years.

“There used to be enough water to make all this area green … Now, it is as you see,” he said.

In the past, he and other villagers irrigated their farms through canals linked to the Nile River, Egypt’s lifeline since ancient times. It provides the country with a thin, richly fertile stretch of green land through the desert.

But years of mismanagement, corruption and increasing population led to the loss of at least 75 percent of farmland in the village and the surrounding areas, according to Abdel-Fattah el-Aweidi, head of the Gazaer Qouta Agriculture Association overseeing the area.

Now, Abu Kassem fears a dam Ethiopia is building on the Blue Nile, the Nile’s main tributary, could add to the severe water shortages already hitting his village if no deal is struck to ensure a continued flow of water.

“The dam means our death,” he said.

Farmers sit under the shade of a tree surrounded by barren wasteland that was once fertile and green Qouta town, Fayoum, Egypt [AP]

The exact effect of the dam on downstream countries Egypt and Sudan remains unknown. For Egyptian farmers, the daunting prospect adds a new worry on top of the other causes of mounting water scarcity.

Egypt is already spreading its water resources thin. Its booming population, now more than 100 million, has one of the lowest per capita shares of water in the world, at about 550 cubic metres per year, compared with a global average of 1,000.

Ethiopia says the electricity generated by its Grand Ethiopian Renaissance Dam (GERD) is a crucial lifeline to bring its nearly 110 million citizens out of poverty.

Egypt, which relies on the Nile for more than 90 percent of its water supply, including drinking water, industrial use and irrigation, fears a devastating effect if the dam is operated without taking its needs into account.

The shortage would be filled by water stored behind Egypt’s Aswan High Dam in Lake Nasser, which has a gross capacity of 169 billion cubic metres of water. 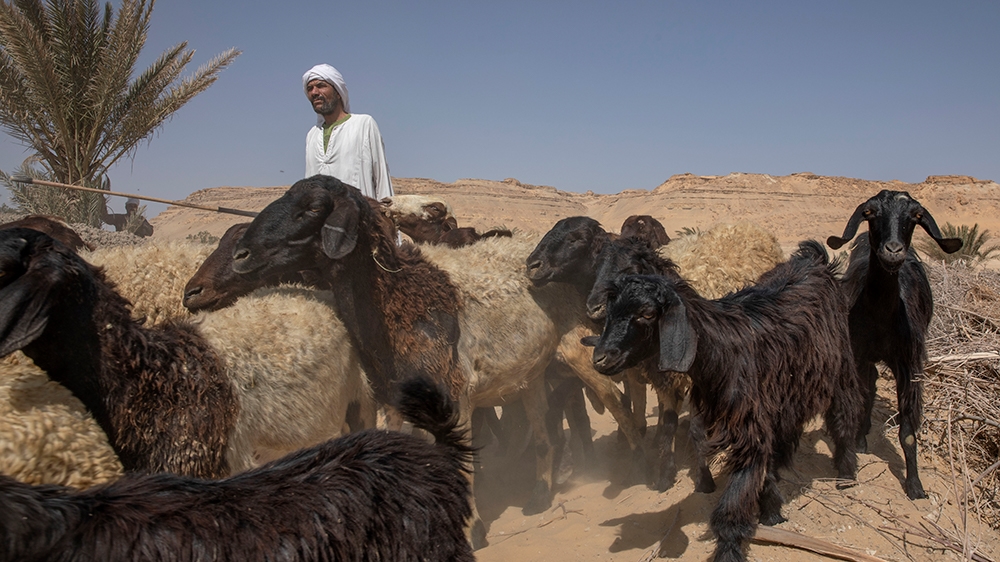 “If the dam is filled and operated without coordination between Egypt and Ethiopia, its effect will be destructive to the whole Egyptian society and the state will not be able to address its repercussions,” said Egypt’s former Irrigation Minister Mohammed Nasr Allam.

It is estimated that a permanent drop of five billion cubic meters of Nile water to Egypt would cause the loss of one million acres (400,000 hectares) of farmland, or 12 percent of the country’s total, he said.

Sudan says the project could endanger its own dams, though it would also see benefits from the Ethiopian dam, including cheap electricity and reduced flooding.

Abu Kassem’s village, with the bland bureaucratic name of Second Village, was one of multiple agricultural communities created in Egypt in the 1960s by the socialist government of President Gamal Abdel Nasser. Built on reclaimed desert, it depends for irrigation on the Yusuf Canal, which flows from the Nile through Fayoum, fanning out in a series of channels.

The villagers enumerated the variety of crops they used to farm, ranging from cotton and vegetables to wheat and grains.

Now, most of the village’s lands are barren. Almost all the Nile water that used to reach it is diverted into other agricultural projects or used for the growing population before it reaches Second Village, farmers say. Similar shortages of water have grown more common even in communities in the Nile Valley and the Delta, where farmers also face increasing salinity.

To irrigate, the village farmers now depend on wastewater from nearby towns, which is a mix of agricultural drainage and sewage.

On Abu Kassem’s 16-acre farm (6.5 hectares), only a single acre is now cultivated. His family tried growing corn, but the plants died. They, like most others in the area, switched to growing olive trees, which use less water. But even those suffer.

With the water waning, many of the village’s 12,000 people have left, including Abu Kassem’s three brothers and his four sons.

Ihsan Abdel-Azim, 53, the wife of one of Abu Kassem’s brothers, moved with her family to work as doormen in Cairo in 2001.

“We had no choice at the time,” the mother of five said, sitting among her grandchildren during a visit to the village earlier this month. “Cultivating the farm became insufficient to feed my children. All roads led that way.” 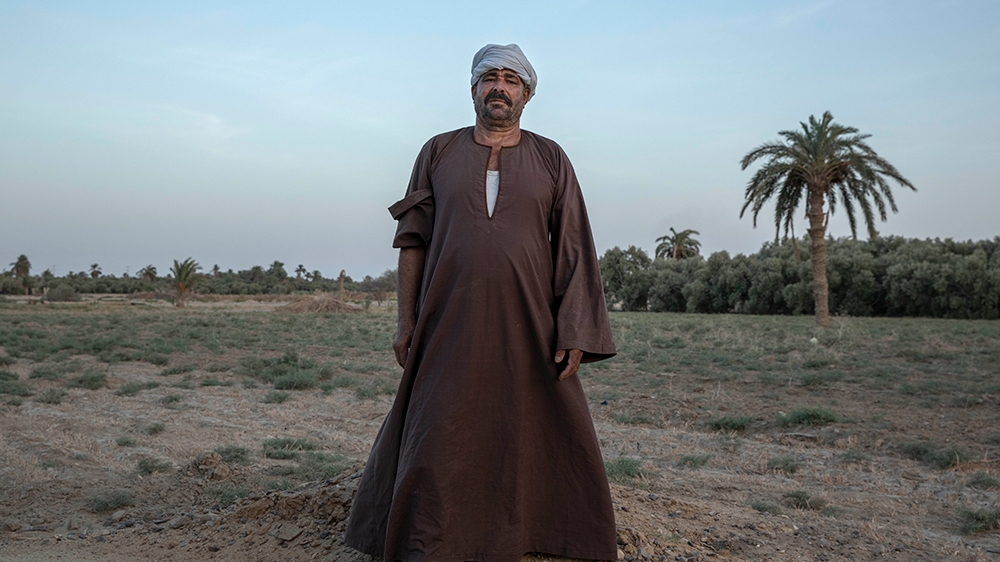 Farmer Makhluf Abu Kassem stands on a land that was once fertile, in Second Village, Qouta town, Fayoum, Egypt [AP]

Years-long negotiations among Egypt, Sudan and Ethiopia failed to reach a deal on the dam. The dispute reached a tipping point earlier this week when Ethiopia announced it completed the first stage of the filling of the dam’s 74 billion-cubic-meter reservoir.

That sparked fear and confusion in Sudan and Egypt. Both have repeatedly insisted Ethiopia must not start the fill without reaching a deal first.

Ethiopian Prime Minister Abiy Ahmed said the filling occurred naturally, “without bothering or hurting anyone else”, from torrential rains flooding the Blue Nile.

Sticking points in the talks have been how much water Ethiopia will release downstream during the filling if a multi-year drought occurs and how the three countries will resolve any future disputes. Egypt and Sudan have pushed for a binding agreement, while Ethiopia insists on non-binding guidelines.

In recent years, the Egyptian government accelerated its efforts to modernise the country’s irrigation systems, including lining canals and encouraging farmers to adopt drip and spray irrigation, which use less water.

The government also slashed cultivation of water-consuming crops, such as rice, and threatened to fine farmers who grow such crops in areas not specified for its cultivation.

President Abdel Fattah el-Sissi said in televised comments late in July his government allocated more than $62.5bn for investments to preserve water until 2037.

He reiterated warnings that the Nile is “a matter of life” for Egypt and acknowledged the anxiety gripping the country.

“I am also concerned,” he declared.

My kids, my men, my life is one of your business

My kids, my men, my life. None of your business