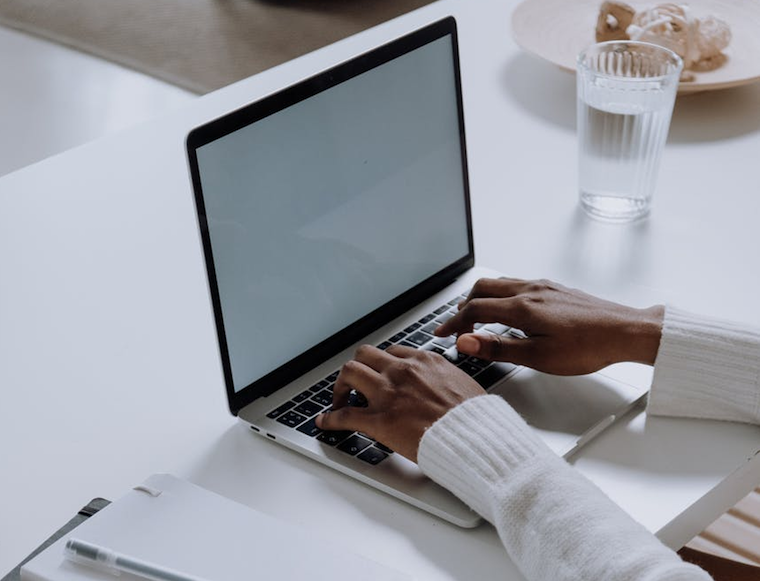 If you are reading The Observer here, you are online. The Covid-19 pandemic has forced us into our homes and onto our phones; people around the world are quickly getting with the program and moving their businesses and personal lives online.

The world wide web (www) has been described as a utopia to solve all kinds of problems, but unfortunately, some big problems from the real world are moving online too, including gender-based violence (GBV).

One in three Ugandan women who use the internet have experienced gender-based harassment online, according to a new report released by Pollicy.org on the internet experiences of women in African countries including Uganda, Kenya, Ethiopia, Senegal and South Africa. Pollicy is a technology consulting and development firm working towards improving government service delivery through improved civic engagement and participation.

The report offers some stark examples of how a continuum of violence blurs the lines between online and offline, as some violence could begin online and continue offline or vice-versa. Pollicy reports that the most common type of online gender-based violence experienced in Uganda is sexual harassment, accounting for 42 per cent of respondents, followed by offensive name-calling (24 per cent) and stalking (17 per cent).

The report released this week, surveyed 3,306 women across five African countries through focus groups and in-depth interviews. Its aim was to gather a strong dataset about women’s experiences online, which often go unrecorded and thus are not dealt with by legal authorities nor the social media platforms on which they occur.

The results indicate that online gender-based violence is a real issue for many women in Uganda and across Africa.

🔹 75 per cent of women interviewed reported suffering from mental stress and anxiety due to their experiences of online violence.

🔹 72.9 per cent of online gender-based violence (OGBV) in Uganda took place on Facebook, followed by 38.1 per cent on WhatsApp and 4.7 per cent on Instagram.

🔹 66 per cent of women responded by blocking or deleting the perpetrator; 20 per cent ignored the perpetrator and 14 per cent deleted or deactivated their own accounts. Only 12 per cent reported the abuse to the website or online platform.

🔹 50 per cent of Ugandan victims who reported the experience to the social media platform had no resolution.

🔹 90 per cent of the respondents who experienced online violence either did not know the identity of the perpetrator or found them to be a stranger.

🔹 95 per cent of Ugandan women were not aware of any policies or laws in place to protect women against online gender-based violence in Uganda. 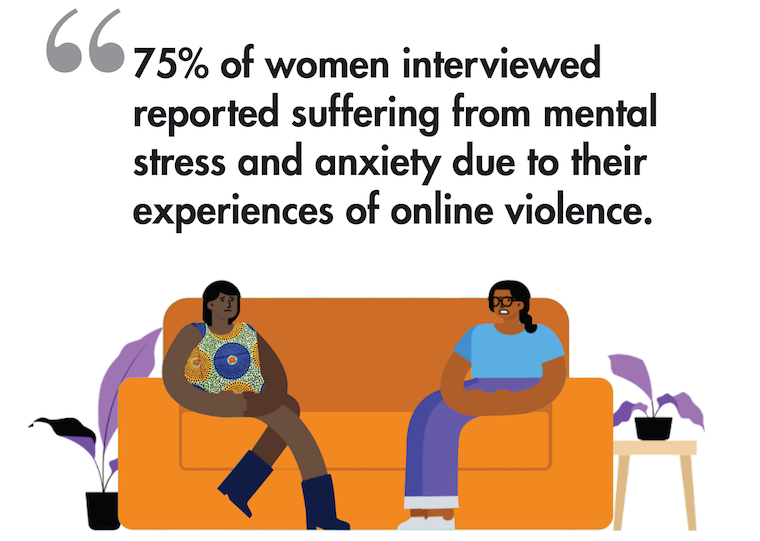 One in three of the women online in Uganda have experienced some kind of gender-based violence online and yet almost none of them know of any policies or laws they can turn to for protection.

This is what the report reveals, and it paints a picture of helplessness and confusion for many people facing abuse such as stalking, hacking accounts, leaking nudes and other types of gender-based violence that women face online.

The general public tends to downplay violence against women online and the authorities do not always take action against perpetrators. The situation can be made worse by victim-blaming and law enforcement that are not adequately trained to handle the situation.

The report notes that Uganda does have laws it could activate to manage this problem, such as the Data Protection and Privacy Act and perhaps the Computer Misuse Act.

However, Pollicy recommended training law enforcement personnel on gender-sensitive digital safety so they are able to address complaints of online gender-based violence and to provide timely technical assistance, counselling, and support to women who do choose to report.

Neema Iyer, founder of Pollicy, said that the main aim of the study is to inform evidence-based policy to push for solutions that create digital equality.

“We want to understand how online gender-based violence manifests across Africa, and how technology companies, which are often based out of Africa, respond to this violence. When thinking of our afrofeminist future, we need to think of an internet where both the developers and users understand the intersectionality of the lived experience of an African woman.” Neema said.

The website includes a bot that walks you through an interactive storytelling of the study findings. Pollicy, in partnership with Internews, also conducted a comparative analysis of the legal frameworks in the five countries, which shows that the laws are not working to protect women.

The full report is now available at: https://ogbv.pollicy.org