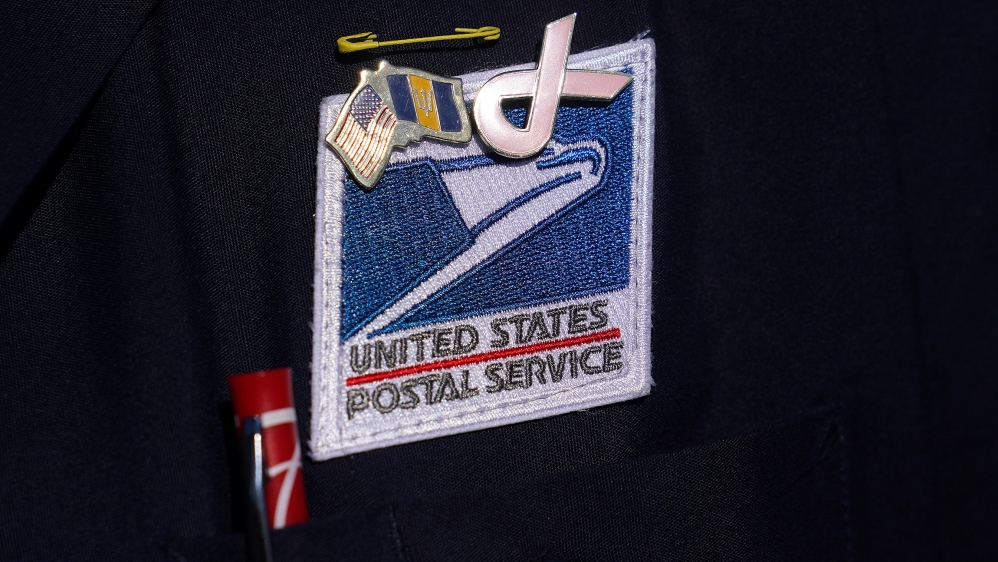 US Speaker of the House of Representatives Nancy Pelosi has dismissed  as “wholly insufficient” a move by Postmaster General Louis DeJoy to suspend all operational reforms of the US Postal Service, she said in a statement on Wednesday.

Pelosi said she and DeJoy spoke on Wednesday morning.

“The Postmaster General frankly admitted that he had no intention of replacing the sorting machines, blue mailboxes and other key mail infrastructure that have been removed,” the statement said, “plans for adequate overtime, which is critical for the timely delivery of mail, are not in the works.”

Democrats unveiled legislation, also on Wednesday, that would require same-day processing for mail-in ballots and give the cash-strapped Postal Service (USPS) a $25bn infusion while erasing changes pursued by the agency’s new leader, an ally of President Donald Trump.

The Democratic-led House is scheduled to vote on the legislation on Saturday, though there is little chance for passage in the Republican-led Senate. The bill would prevent the Postal Service from implementing policies to alter service levels that were in effect at the beginning of this year.

Democrats and other critics have accused the Republican president of trying to impair the USPS to suppress mail-in voting as he trails Democratic challenger Joe Biden in opinion polls before the November 3 election.

White House press secretary Kayleigh McEnany said the USPS has enough cash on hand, including a $10bn line of credit approved by Congress earlier this year. McEnany also said the White House is “open” to supporting $25bn in funding for the US Postal Service but wants aid for Americans unemployed because of the coronavirus pandemic included.

Congressional Democrats, Republican legislators and the White House have been at an impasse in talks over the latest pandemic relief legislation.

Under intense criticism, DeJoy had announced on Tuesday that he would put on hold until after the election cost-cutting moves at the Postal Service that Democratic legislators and state attorneys general argued could imperil mail-in voting. DeJoy said he suspended all “operational initiatives” through Election Day to “avoid even the appearance of any impact on election mail”.

A number of United States Postal Service mailboxes have been removed in recent weeks, sparking concerns about the upcoming election [Carlos Barria/Reuters]

DeJoy, who has been a major political donor to Trump, assumed the job in June.

The Postal Service long has faced financial woes with the rise of email and social media, losing $80bn since 2007, including $2.2bn in the three months ending June 30.

Separately, Senator Chuck Schumer, the top Senate Democrat, asked the Postal Service Board of Governors to release all materials related to the selection of DeJoy and for “additional information” regarding the role of Trump and Treasury Secretary Mnuchin in the search and selection process.

Trump has repeatedly, and without evidence, claimed that mail balloting is vulnerable to fraud. Voting by mail is nothing new in the US, and Trump himself plans to vote by mail in Florida this year.