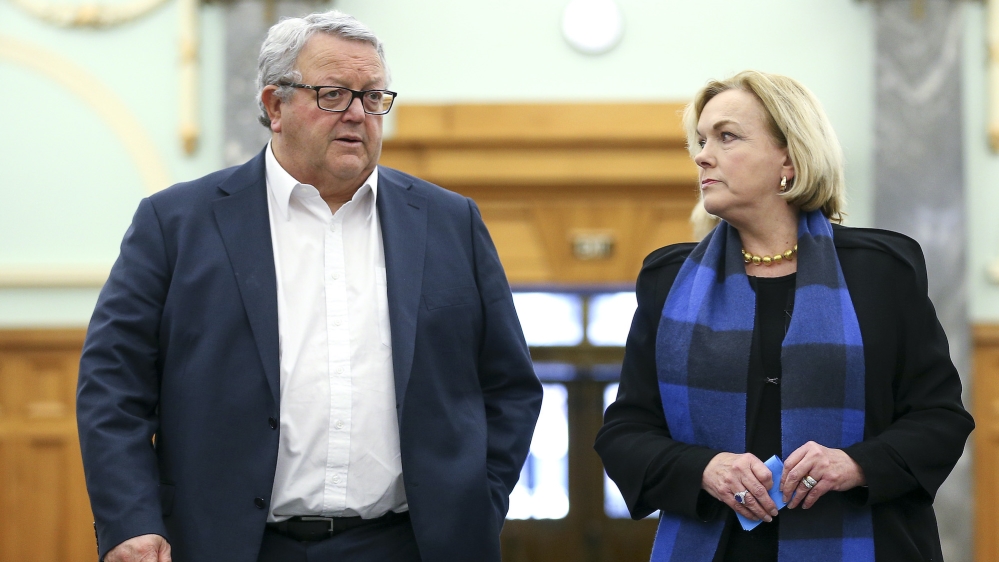 After more than 100 days without recording a case of community transmission, New Zealand is once again methodically stamping out COVID-19.

The nation’s largest city, Auckland, is back in alert level three. Roads out of the city are closed. The remainder of the country watches on from the more permissive alert level two, nervously waiting as a more complete picture of viral spread emerges.

So far, contact tracing seems to be working, with about 96 percent of close contacts followed up. A total of 154,000 tests have been processed over the past week, an enormous surge after public complacency around testing set in.

The outbreak was detected on August 11, when four members of a family from South Auckland tested positive for COVID-19. By Thursday, the cluster had grown to 78 confirmed cases, highlighting the speed at which the virus spreads.

The source of that outbreak – which has seen 133 people linked to the cluster moved into quarantine – has so far eluded authorities. Another case, a maintenance worker at a hotel used for managed isolation, is believed to have contracted the virus from a contaminated surface in the hotel’s lift.

Regardless, the government, led by Prime Minister Jacinda Ardern, moved quickly to contain the outbreak, announcing that Auckland would move into alert level 3 within hours of being informed of the new cases; left to spread unrestrained, COVID-19 infections grow exponentially.

“Together we have got rid of COVID before. We have been world-leading in our COVID response,” said Ardern last week, while announcing the cabinet’s decision to extend lockdown measures by 12 days. “We can do all of that again.”

Yet, months-long efforts to discredit lockdown measures have almost certainly contributed to a partial fraying of public patience with the approach.

Prominent commentators and special interests are at it again, claiming it is time to abandon the country’s elimination strategy, instead “managing” the spread of COVID-19 into communities – just lock away the elderly and the infirm, the commentariat suggests.

Of course, those demanding such an approach belong to a particular class of people, one that can insulate itself from the viral rampage as it overwhelms a fragile health sector and devastates vulnerable communities.

In the same vein, conspiracy theories and misinformation have proliferated. Fringe groups claim that COVID-19 is a 5G-linked bioweapon and promise to oppose lockdown measures with demonstrations.

To date, protests have drawn only a scattering of people, in contrast to the online noise such groups generate. That may change.

More alarming are the manoeuvrings of the centre-right, main opposition National Party, which recently attempted to leverage conspiracy and misinformation for political gain.

‘An interesting series of facts’

The government and health officials have long warned that COVID-19 would return to the country; New Zealanders did not have to look far to see why. In the Australian state of Victoria, rule-breaking by workers from private security firms overseeing quarantines at two Melbourne hotels led to multiple outbreaks.

With a massive drop-off in testing – on July 19, merely eight tests in the community were processed – New Zealand’s health authorities were looking to boost surveillance testing to around 4,000 per day.

On August 11, the director-general of health, Ashley Bloomfield, received a much-publicised COVID-19 test, an attempt to offset any complacency or stigma surrounding the procedure. In the meantime, Ardern visited a mask-making factory, abandoning the government’s reticence towards encouraging the use of masks.

Later that day, testing discovered that COVID-19 had returned to the country.

Citing the Bloomfield test and Ardern’s visit to the mask factory, Brownlee stood smirking. “It’s interesting,” he said. “An interesting series of facts.”

The implication seemed to be that the government knew for some time that there was a COVID-19 outbreak and withheld this from the public.

In an environment of heightened fear and misinformation, Brownlee was dog-whistling to the emergent conspirational fringe – those who vow civil disobedience – while more generally attempting to undermine faith in the public health response.

The party quickly walked back the claims.

Brownlee told the broadcaster Newstalk ZB on August 14 that he had ended up in a “bad spot” and “didn’t intend to create any fear”.

“The way it has been presented has been unfortunate.”

That explanation is, of course, nonsense: on Tuesday, Brownlee reiterated his claims, again engaging in scaremongering and conspiracy-baiting in the hope of drawing a tiny number of fringe voters to his party.

There is something deeply unappealing about a grasping politician who puts the personal pursuit of power above public wellbeing.

On Monday, Ardern announced her decision to postpone the general election – and accompanying End of Life Choice and cannabis referendums – by a month, until October 17.

This, hopefully, gives health authorities time to get on top of the latest outbreak, provides all parties ample breathing room to campaign and reassures the public that the election can be held safely.

Ardern’s Labour Party has consistently polled above 50 percent throughout the pandemic.

Whether voters will punish the government for a number of mistakes and mishaps during the pandemic remains to be seen. Its failures to deliver flagship policies – the ill-fated KiwiBuild real estate project, for example – over the past three years will have little impact.

By contrast, the National Party’s relentless negativity has turned voters away, with the latest Roy Morgan poll putting them on 26.5 percent support. Collins, the party’s third leader in three months, has – like her predecessors – totally misread the public mood.

Had the party provided constructive criticism of the government’s COVID-19 response, it would likely be in a much healthier electoral position.

Instead, it mostly went down the path of scattershot criticism and dirty politics: leaking private details of COVID-19 patients to the media and inventing a “homeless man” at a managed isolation facility.

Nothing about Collins’s character suggests that she will be able to, or is interested in, correcting the party’s course.