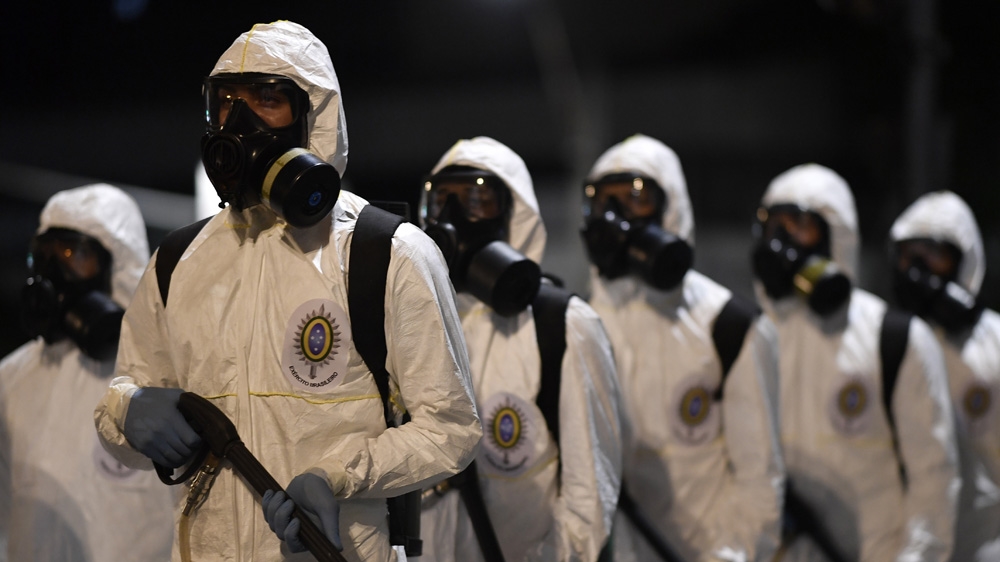 Kamala Harris will accuse US President Donald Trump of a “failure of leadership” during the coronavirus pandemic that has cost countless lives and jobs, when she accepts the Democratic Party’s nomination to be their candidate for vice president at the Democratic National Convention on Wednesday night (US time).

Harris will also attack Trump’s abilities and character, according to excerpts released to news agencies.

The US has recorded the most cases and the most deaths from coronavirus of any country in the world.

You can keep up-to-date with all the developments from the convention, which is being held online, here.

US President Donald Trump is touting the use of convalescent plasma as a treatment for coronavirus, saying he’s “heard fantastic things” about it.

Trump made his comments after the New York Times reported that the Food and Drug Administration had put on hold emergency approval for the treatment because of concerns the data on plasma use was too weak.

The president, who is facing reelection in November, claimed the decision could be political.

“You have a lot of people over there that don’t want to rush things because they want to do it after November 3,” Trump said, referring to the election.

“I’ve heard numbers way over 50 percent success. And people are dying and we should have it approved if it’s good and I’m hearing it’s good. I hear from people at the FDA it’s good.”

The blood plasma of people who recover from COVID-19 contains antibodies that were created to fight off the infection. It has been used in some countries including China to help other patients battling the disease.

00:00 GMT – Cautious optimism in Brazil as study shows transmission rate below one

Brazil’s Health Ministry says there are signs the coronavirus outbreak in the country – the world’s second-worst – could be about to slow.

A study by Imperial College London also shows Brazil’s transmission rate has fallen below one, according to local media. That means each person diagnosed with the disease will infect fewer than one person, which will slow the outbreak.

“In a way, it is a trend. We have to see how the disease behaves in the next two weeks to see if there is a significant drop,” Arnaldo Medeiros, Secretary of Health Surveillance, told reporters on Wednesday.

Daily figures continue to show a steady rise in cases and deaths with the country registering a total of 3,456,652 cases of the disease and 111,100 deaths.

Read all the updates from yesterday (August 19) here.

Trump: US to demand restoration of UN sanctions on Iran | USA News