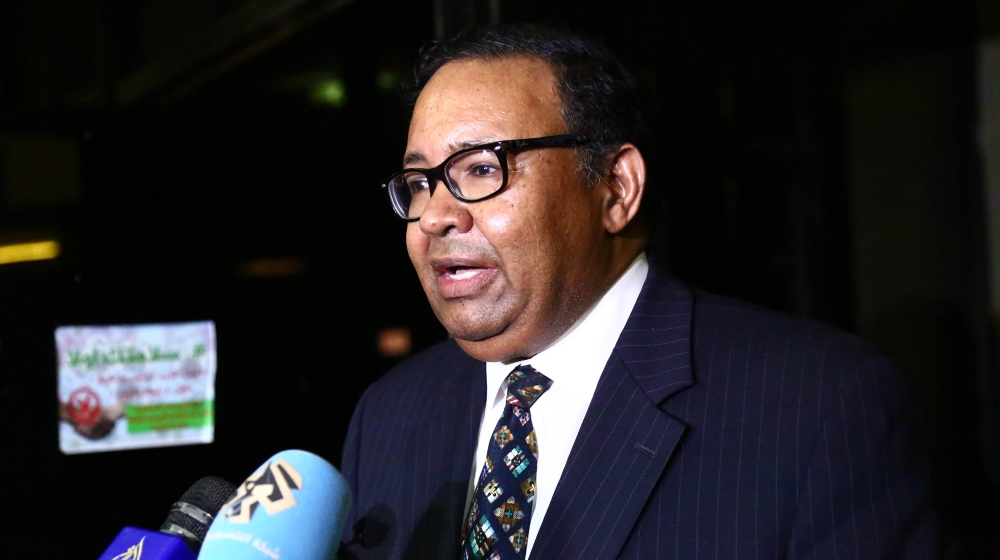 Sudan’s foreign ministry spokesman has been dismissed after making allegedly unauthorised comments indicating there were contacts with Israel regarding normalising ties.

The development on Wednesday comes after the United Arab Emirates (UAE) and Israel announced last week that they were to establish diplomatic ties, a deal denounced by the Palestinians as a “betrayal” of their cause.

The agreement makes the UAE only the third Arab nation – after Egypt and Jordan – to have full ties with Israel.

Sudanese acting Foreign Minister Omar Qamar al-Din “has dismissed Haidar Badawi from his position as spokesman and head of the media division” at the ministry, a statement by the official SUNA news agency said on Wednesday.

It came a day after Badawi said Sudan was “looking forward to concluding a peace agreement with Israel”.

“There is no reason to continue hostility between Sudan and Israel,” Badawi was quoted as saying by Sky News Arabia.

“We don’t deny that there are communications” with Israel, he added, saying both countries would gain much from a deal.

Badawi’s remarks immediately drew a pledge from Israeli Prime Minister Benjamin Netanyahu to “do all that’s needed” to wrap up a deal.

Qamar al-Din sought to distance himself from Badawi’s comments, saying they were received “with astonishment”. He insisted his ministry had not discussed the issue of ties with Israel.

In February, Netanyahu met General Abdel Fattah Burhan, the head of Sudan’s transitional government, during a secret trip to Uganda, where both leaders agreed to pursue normalisation of ties, according to Israeli officials.

A senior Palestinian official at the time had denounced the meeting as a “stab in the back of the Palestinian people”.

“President Burhan put Sudan on the right track with his meeting with the Israeli prime minister,” Badawi said.

‘Communication’ between the two states

Israeli Intelligence Minister Eli Cohen told Israeli news site Ynet in an interview that he believes the talks with Sudan will lead to a deal.

“There is communication between the two states and I believe that it will develop into the advancement of an agreement between the countries. But we need to look, we need to wait. Is it right for Israel and Sudan? The answer is yes,” he said.

A Sudanese government official told The Associated Press news agency on Tuesday that deliberations between Sudanese and Israeli officials have been going on for months, with help from Egypt, the UAE and the United States.

“It’s a matter of time. We are finalising everything,” he said, speaking on condition of anonymity because he was not authorised to talk to reporters.

“The Emirati move encouraged us and helped calm some voices within the government who were afraid of backlash from the Sudanese public.”

An Israeli deal with Sudan would mark another setback for the Palestinians, who have long counted on the Arab world to press Israel to make concessions to them as a condition for normalisation. That wall of Arab support had long served as one of the Palestinians’ few points of leverage against Israel.

Sudan, a majority Arab nation, hosted the landmark Arab conference after the 1967 war where eight Arab countries approved the “three no’s”: no peace with Israel, no recognition of Israel and no negotiations.

But in recent years, those hostilities have softened.

Israel previously considered Sudan a security threat, due to Iran’s suspected use of the country as a conduit for overland smuggling of munitions to the occupied Gaza Strip.

However, since longtime President Omar al-Bashir was removed from office last year, Khartoum has distanced itself from Iran and no longer poses such a threat, Israeli officials say.

Sudan is now on a fragile path to democracy after a popular uprising led the military to overthrow al-Bashir in April 2019. A military-civilian government rules the country, with elections deemed possible in late 2022.

At the time of the Burhan-Netanyahu meeting, the Sudanese military said the talks with Israel were an effort to help end Sudan’s status as an international pariah state.

“History!” said Netanyahu, who had been fighting for his political survival back home, in a tweet at the time.

Sudan is desperate to lift sanctions linked to its listing by the US as a state sponsor of “terror”. That would be a key step towards ending its isolation and rebuilding its battered economy. The US and Israel are staunch allies.

States have to ensure adequate housing amid the pandemic | Coronavirus pandemic