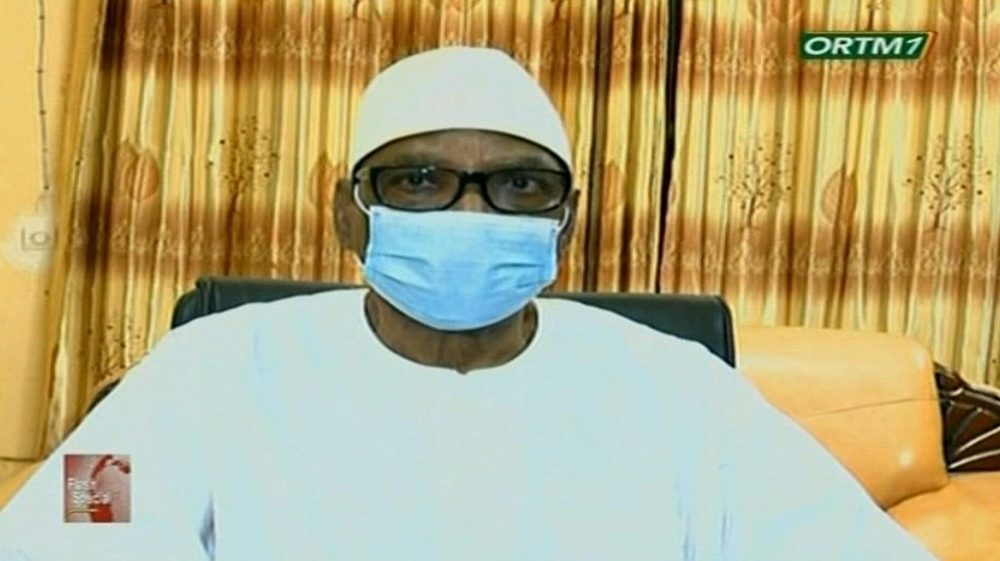 Ibrahim Boubacar Keita, who was forced to resign as Malian president after being detained on Tuesday in a coup launched by mutinous troops, has long relied on his reputation as a firm leader to project command over the country.

But the man who won election in a landslide in 2013 and was re-elected five years later was left flailing by  inter-ethnic violence that has killed thousands of people and forced hundreds of thousands to flee their homes.

Slow reforms, a crumbling economy and decrepit public services and schools, along with a widely shared perception of government corruption, also fed anti-Keita sentiment, sparking large protests in the capital, Bamako, in the past months demanding his resignation.

The 75-year-old was until this week able to shrug off criticism from a divided opposition, partly relying on support from the international community, which has seen him as a bulwark against the threat of armed groups.

But the coronavirus pandemic and the kidnapping of opposition leader Soumaila Cisse by armed fighters in March made severe inroads into Keita’s standing.

The son of a civil servant, Keita was born in the southern industrial city of Koutiala, the declining heartland of cotton production.

He was educated at Lycee Askia-Mohamed in Bamako and Paris’s Sorbonne University, and holds degrees in history, political science and international relations.

After completing his studies, Keita worked as a researcher at the National Centre for Scientific Research (known in French as Centre National de la Recherche Scientifique – CNRS), a public organisation under the responsibility of the French Ministry of Higher Education, Research and Innovation.

Konare then promoted him steadily from ambassador to Ivory Coast, to foreign minister and ultimately prime minister.

As a socialist prime minister between 1994 and 2000, Keita quelled a series of crippling strikes which earned him the reputation of a strong politician.

Keita quit ADEMA to found his own party, finishing third in the 2002 presidential election won by Amadou Toumani Toure, the president who was toppled a decade later in a military coup.

He withdrew his RPM party from a coalition opposed to the military government in May 2012, saying that the handling of the Mali crisis had infringed upon national sovereignty.

A nationalist with a popular touch, Keita avoided strongly criticising the leaders of the March 2012 coup which overthrew Toure, amid widespread frustration at his government’s corruption and failure to tackle poverty.

In 2013, Keita pledged to restore Mali’s honour as a model for democracy in West Africa as he campaigned as a unifying figure in his fractured country, pledging “zero tolerance” for corruption – echoing the words of coup leader Captain Amadou Sanogo.

He went on to win a landslide election, defeating Cisse and finally ascending to the presidency after losing runs in 2002 and 2007.

In 2018, Keita was re-elected to serve a second five-year term after beating Cisse again in a runoff vote despite opposition claims of voting irregularities.

Cisse, who was kidnapped in late March by unidentified gunmen while campaigning in the country’s volatile north and has not been heard from since, has criticised Keita for not addressing Mali’s rising insecurity.

Mali has struggled to regain stability since 2012, when ethnic Tuareg rebels and loosely aligned armed groups seized the northern two-thirds of the country, leading former colonial power France to intervene to temporarily beat them back.

Ethnic killings and armed forces’ abuses have become a defining feature of Keita’s presidency, despite thousands of French and international troops deployed to contain the armed groups.

Keita announced his resignation with immediate effect in the early hours of Wednesday morning, hours after being detained by military officers in a dramatic escalation of the country’s months-long political crisis.

Opposition supporters had been protesting in the streets of Bamako since early June, calling for Keita to resign following disputed parliamentary elections in which the president’s party came out as the largest bloc.

In his address on state television, Keita said the government and Mali’s national assembly would be dissolved.

“I would like at this precise moment, while thanking the Malian people for their support throughout these long years and the warmth of their affection, to tell you of my decision to relinquish my duties,” Keita said, before adding he had no choice but to resign.

“If it pleased certain elements of our military to decide this should end with their intervention, do I really have a choice?” he said of the day’s events.

“[I must] submit to it because I don’t want any bloodshed.”

In a televised statement later on Wednesday, the soldiers behind the coup that drew widespread international condemnation pledged to restore stability and oversee a transition to elections within a “reasonable” period.

There was no word, however, on the future of Keita