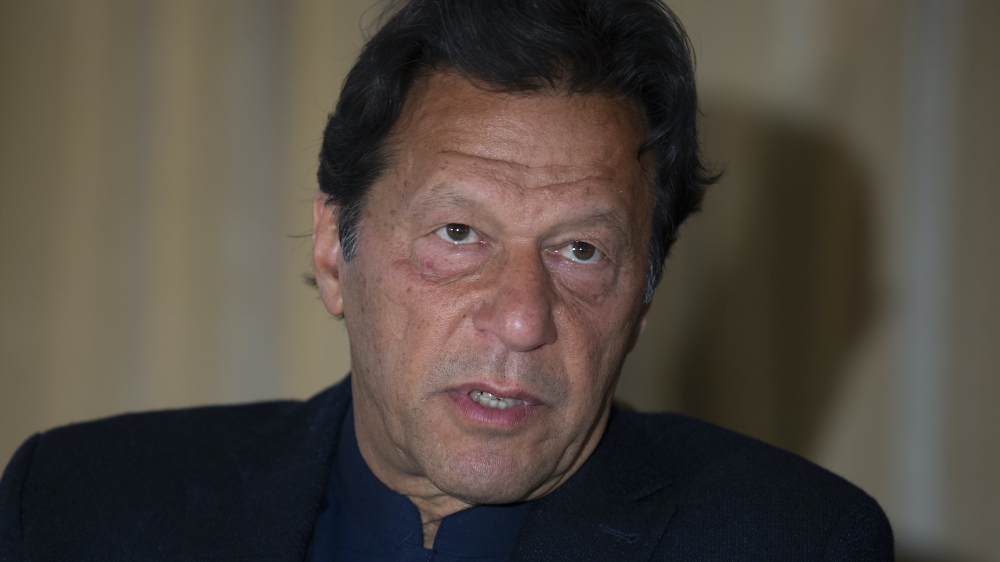 Pakistani Prime Minister Imran Khan has played down differences with longtime ally Saudi Arabia after his army chief visited Riyadh in a bid to ease a dispute over policy towards the disputed Himalayan region of Kashmir.

The dispute, brought on by Pakistani demands for Saudi Arabia to take a firmer line against India for what Pakistan says is its human rights violations in Indian-administered Kashmir, has threatened Riyadh’s financial support for Islamabad.

Pakistan and Saudi Arabia had no differences, Khan said in a late Tuesday interview, backing away from criticism by his foreign minister this month who suggested Saudi Arabia was indifferent on Kashmir.

“The rumours that our relations with Saudi Arabia have soured are totally false,” Khan said in the interview with the Dunya News television channel.

“Our relations are very good. We are constantly in touch.”

Pakistan’s army chief travelled to Saudi Arabia on Monday for a one-day visit that was “primarily military-affairs oriented”, the army said.

Pakistan’s army chief travelled to Saudi Arabia amid a disagreement between the two countries that has threatened Riyadh’s financial lifeline to Islamabad [File: Akhtar Soomro/Reuters]

But top military and government officials said the visit was aimed at calming the simmering standoff that could badly hurt cash-strapped Pakistan’s foreign reserves.

Our relations are very good. We are constantly in touch.

Pakistan’s demands for Saudi Arabia to support it against India over Kashmir led to Saudi Arabia forcing Pakistan to pay back $1bn early, military and finance ministry officials have told the Reuters news agency.

Saudi Arabia is also demanding repayment of another $1bn of the loan and has not responded to Pakistani requests to extend the oil facility, they said.

The Saudi government has not commented on the matter.

The Saudi-led Organization of Islamic Co-operation (OIC) has only held low-level meetings on Kashmir, to the frustration of some who want to see a more robust position.

“On the Kashmir issue, there is a view that OIC should have stepped forward,” Khan said.

“Saudi has its own foreign policy. We shouldn’t think that because we want something Saudi will do just that,” he added.

“If you cannot convene it, then I’ll be compelled to ask Prime Minister Imran Khan to call a meeting of the Islamic countries that are ready to stand with us on the issue of Kashmir and support the oppressed Kashmiris.”

Analysts say Saudi Arabia does not want to risk its business interests in India by supporting Pakistan over Kashmir.

Pakistan and India both claim the Muslim-majority region of Kashmir in full but rule it in part.

Coronavirus: What did they get wrong? | Start Here | Coronavirus pandemic