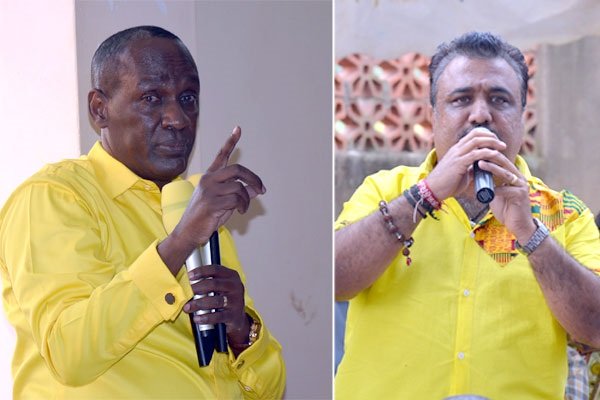 As elections for the National Resistance Movement (NRM) Central Executive Committee (CEC) members draw closer, various aspirants on Wednesday August 19, unleashed their profiles as well as their plans in case they are elected.

In the campaigns held at Kyadondo NRM headquarters, various contenders were given an opportunity to talk about themselves.

In the Eastern region, the battle line has been drawn between Hon Captain Mike Mukula the current Vice chairperson for this area and former Tororo MP Sanjay Tanna.

Both asked the delegates to vote them in after unveiling their contribution to the party as well as their manifestoes in which Tanna described himself as a Ugandan who belongs to Asian families that never left Uganda even after being expelled by Idi Amin, that he is a business man and a politician who has been in NRM since his youthful days.

“I am a loyal cadre and I have supported the party at all levels of leadership. A leader with a proven track record,” Tanna stated.

Tanna says that he has been able to work in the office of the President, Member of Parliament for Tororo as well as other offices where he has been able contribute immensely to the country.

Captain George Mike Mukula, in his education background, says that he is a flight captain, holds a Masters Degree in Business Administration, a PHD in philosophy and is a graduate of the Israel Military Academy in counter Terrorism and has served both as a minister and Member of Parliament.

Mukula says that he is a tested cadre who participated in peace restoration in the North and Eastern Uganda regions through mobilizing more than 15000 Amuka and Arrow boys who defeated Kony who had become a stumbling block in the region.

“I was a reliable captain of President Museveni and I am still behind him. I was proud that he mentioned my name during his address to the nation yesterday,” Mukula said, adding that while in Parliament, he tabled a motion which led to the disarmament of the Karamajong who were using guns to terrorize their colleagues and neighbors.

Mukula says that during his term as the vice chairperson of the East, he has been able to make the area opposition free in Parliament citing the decreasing numbers of FDC MPs in the region.

Another candidate on the same eyeing the same post is Okello Christine who hails from Ngora district and she joined the party during her youthful days as per her introduction.

She says that using the skills she has gained as the head of various higher institutions of learning with her long time participation in the party, she will make a greater change in NRM.

“One of my plans is to ensure that we create central offices for the party so we can have our leaders visible on the ground,” she said.

The elections are going to be held on Thursday in a scientific manner in observance of Standard Operating Procedures set by the Ministry of Health for the prevention of the spread of Covid-19.