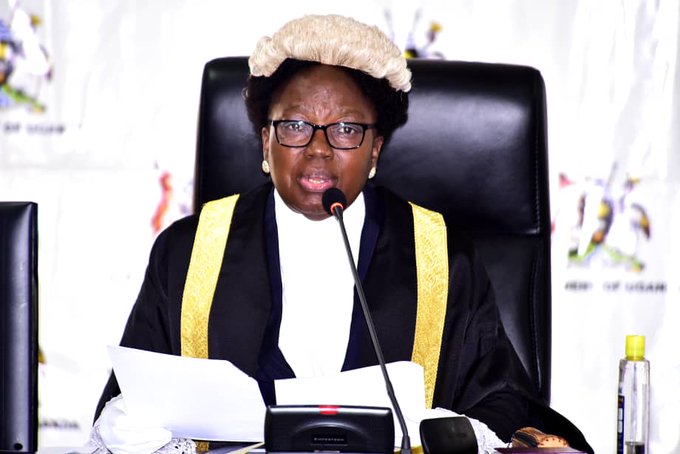 The saying “shots fired” can no longer be applied in regards to Speaker Kadaga’s relentless jabs at the Commander in Chief.

Kadaga who has of recent made a habit of what some have called miscalculated jabs at Mr. Museveni, seems to have become more trigger happy.

Appearing on Salt TV, she is quoted to have boldly asserted her facilitation of the lifting of the age limit as the lifeline from which the President is seeking a re-election, a thing that has agitated many in the high ranks of the National Resistance Movement.

Kadaga is seeking for re-election into the CEC which the highest decision making body of the party, a position she is being challenged for by the Junior Lands Minister, Persis Namuganza.

This race however, hasn’t been as smooth as many would have ordinarily predicted it to be. Kadaga who is the incumbent, seems to have doused herself in gasoline before running through an alley of fire spitting cadres.

In an audio believed to have been a recording of Government Chief Whip, Hon. Ruth Nankabirwa, Kadaga was politically crucified and more to the excitement of NRM leaders country wide, was the public endorsement that was given to Hon. Namuganza by one of the NRM big-wigs, Hon. Ruth Nankabirwa.

Kadaga has come under fire for continuously taking diversionary political stances against the party, under the pretext of impartiality. Many have come to rubbish the claim of impartiality as opposition hobnobbing and fence sitting.

“A speaker isn’t required to pronounce themselves on a matter to show impartiality, let the matter go to a vote in the house other than biasing the outcome with threats to the state” a party leader from Western Uganda said. “If she really is impartial as she claims to be, why then is she taking credit for the passing of the Age limit bill and seeking for political rewards from the party”?

Kadaga is also accused of belittling and casting doubt in the ability of the President to control outcomes of government interests brought to Parliament.

A trail of Political enemies made over the years like the Fishing war with the army and tongue lashes at historicals like Foreign affairs Minister Sam Kutesa, seem to be among the demons resurrecting to haunt Ms. Kadaga.

A summation of these and other reasons leave one contemplating Kadaga’s next moves. Some have suggested she joins NUP to secure necessary numbers for the speakership battle next year.

An NRM youth leader suggested, “she should stop the fence sitting and properly identify with the opposition that she has since adopted into her campaign team for NRM CEC membership, how do you have Okupa as your NRM mobiliser instead of Okabe, how does that work”?

With recent developments in CEC, where it is alleged that she turned down an offer to have Namuganza step down.

The alienation exhibited by the top party leadership that aren’t afraid to show their true interests in retiring her, makes it extremely hard to convince someone that Kadaga will put up a fight good enough to emerge victorious.

Indicators like shunning of meetings by Busoga region NRM chairpersons and the bad blood from other regions that have resolved to enjoy her financial bulk and vote contrary, this CEC defeat could just be the end of the road for her Speakership bid as well.

Oulanyah who has significantly courted support from all regions, with no mention of embarrassment so far, has for unknown reasons stayed away from Busoga delegates whom reports say are very interested in meeting him.

With Oulanyah’s eyes glued to the Speakership and Hon. Nankabirwa hoping to slide into the Deputy Speaker position vacated by Oulanyah, Kadaga seems to have made the wrong enemies and alliances.

CEC elections are scheduled for August 20, 2020 and will be preceded by a televised campaign on 19th.

Related Topics:Featured
Up Next

Jose Clayton: The Brazilian footballer who is more at home in Tunisia