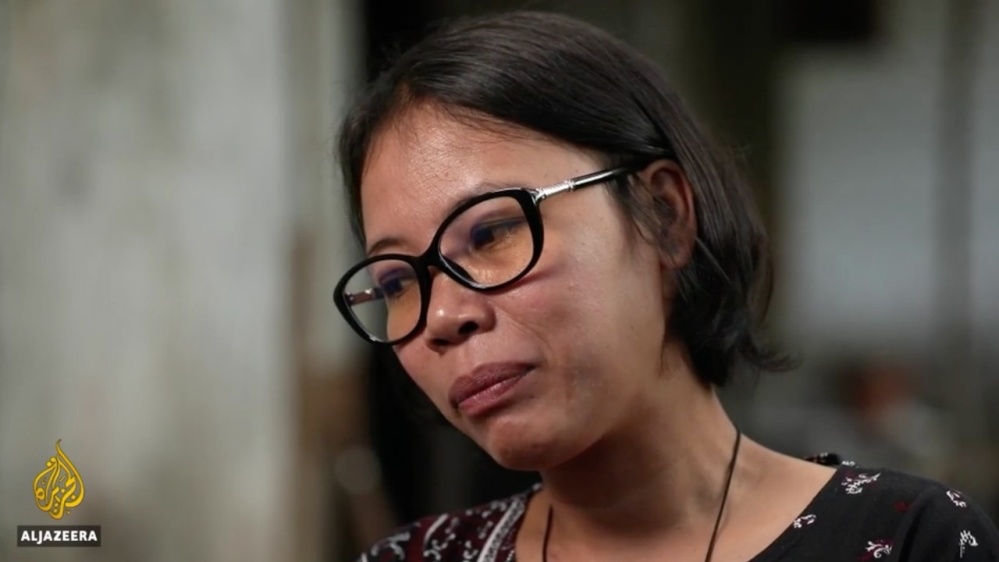 A human rights leader has been killed in the central Philippines in what observers and rights defenders have said is a continuing escalation of the “war against dissent” under the administration of President Rodrigo Duterte.

Zara Alvarez, former education director of the human rights alliance Karapatan, died on the spot after being shot six times on Monday evening as she was heading home after buying food for dinner. She was the 13th member of the organisation killed since mid-2016, when Duterte came to power, the group said.

Police said Alvarez was killed by an unidentified assailant in the central city of Bacolod. Witnesses reportedly chased the attacker, who got away with the help of an accomplice on a motorcycle.

On Wednesday, government investigators promised to investigate the case, adding that they are looking into the victim’s affiliation with alleged “leftist groups” as a possible lead for the attack.

Alvarez’s death comes just weeks after Duterte signed into law controversial anti-terror legislation, which allows for warrantless arrests and longer detentions without charge – provisions that legal experts warned could be directed at anyone criticising the president.

Karapatan’s national leader, Cristina Palabay, told Al Jazeera on Tuesday that given the circumstances of Alvarez’s murder, she is blaming the government.

“Considering the prior threats that they received from state forces, it is not really far from our mind that those who killed them are from the state forces,” she said, adding that Alvarez was among those listed by Duterte’s justice department as suspected “terrorists”.

Palabay pointed out that with the coronavirus pandemic, cities have imposed curfews and set up checkpoints in their respective areas.

“Everything is on lockdown, isn’t it? The streets are very much guarded by state forces with all the checkpoints. And yet, the killers were able to get through these cordons of state forces.”

Communist rebels have been fighting a rebellion for more than 50 years in a conflict that has so far killed more than 30,000 people. In recent years, the number of rebel fighters has dropped significantly, and there have been several attempts by both the government and communist leaders to reach a peace agreement.

During his 2016 campaign for the presidency, Duterte promised to negotiate with the rebels and found some allies among activist groups, proclaiming himself as the country’s “first leftist president”. As mayor of the city of Davao, Duterte had also established cordial ties with the communists.

But while he quickly initiated talks with the rebels once taking office, negotiations collapsed in mid-2017.

Since then, the president has stepped up his rhetoric against the rebels, declaring them “terrorists” and pledging to wipe them out after a series of recent ambushes against government troops.

As the prospects of a peace deal with communists dimmed, Duterte even goaded the military in early 2018 to shoot female rebels in their genitals to render them “useless”.

Later that year, Duterte ordered more military troops and police to Negros Occidental – where Bacolod is the capital – and two other central Philippine regions, “to suppress lawless violence and acts of terror”.

Duterte also directed his ire against other activists, farmers organisations, land rights campaigners, as well as those who have openly criticised his deadly war on drugs and other alleged rights abuses.

Around the same time, the military and other officials in the Duterte administration started accusing several activist groups of acting as “fronts” of the rebels, raising fears that they could be killed after the president tagged the communists as “terrorist”.

The government has denied carrying out targeted killings, and said that those who have been killed had resisted arrest.

Alvarez, the 39-year-old rights leader killed on Monday, had been advocating for years for farmers’ rights in Negros, a resource-rich island, where a few politically connected families own vast tracts of sugarcane plantations.

In 2019, she led a group of farmers in documenting and denouncing alleged rights abuses by government troops following the killing of farmworkers, accused of being members of the communist rebels. Alvarez herself was accused of being a rebel sympathiser, or an outright rebel member.

In an interview with Al Jazeera’s 101 East in 2019, Alvarez said that with regards to the recent killings in Negros, “it is very clear that it is the police who killed those victims.”

Authorities denied those allegations and have pledged to investigate the dozens of killings, although no suspects have been apprehended or prosecuted.

Now, Alvarez herself has been killed.

Palabay said her group, Karapatan, and other activist groups are in anguish with the series of killings of their colleagues, including Alvarez.

In a statement obtained by Al Jazeera, San Carlos Catholic Bishop Gerardo Alminaza decried the death of Alvarez saying that her work on behalf of the poor residents of Negros “is worthy of emulation”.

The Philippines’ National Union of Peoples’ Lawyers (NUPL) also condemned the killing, saying Alvarez was “a constant force in the struggle for justice” for farmers in her hometown.

In a separate social media post, NUPL President Edre Olalia said that “the obvious intent” of the Alvarez’s killing was “to sow terror”.

Earlier on Monday, activists buried Randall Echanis, one of the land rights activists who negotiated for a peace deal with the Duterte administration.

Echanis, head of the urban poor organisation, Anakpawis, was killed on August 10 following an alleged encounter with police in Metro Manila. His relatives, however, said the 72-year old activist was undergoing medical treatment and unarmed when he was killed.

Chaos in Kamwokya as NRM, NUP battle for ghetto in youth polls