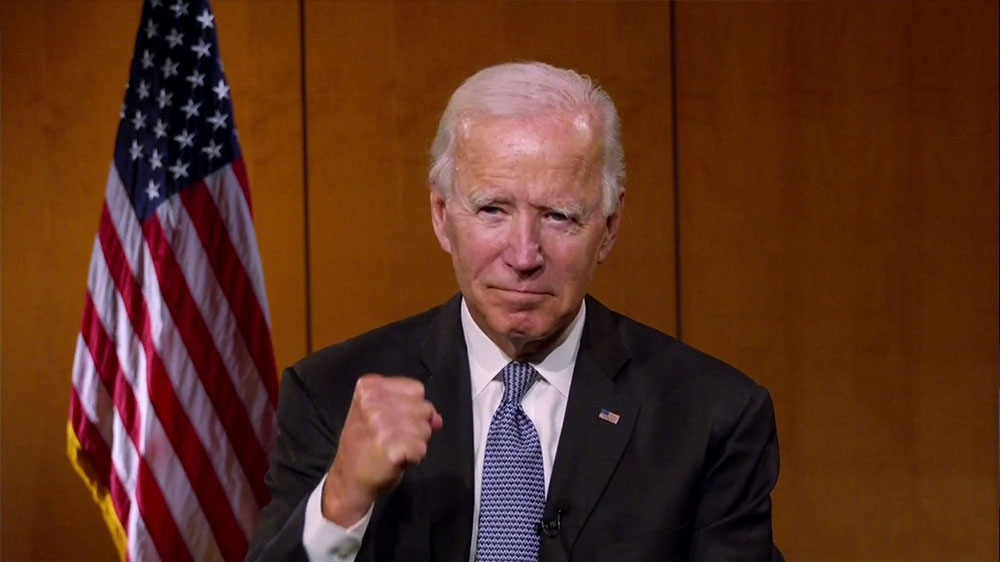 Here are five key excerpts from tonight’s lineup of top speakers, according to advance remarks released by the convention organisers:

Former Second Lady Jill Biden will talk intimately about how Joe Biden recovered from the tragedy of his first wife and daughter’s sudden death in a car accident in 1972 and the loss of his son, Beau, in 2015 to a brain tumour.

“How do you make a broken family whole? The same way you make a nation whole. With love and understanding – and with small acts of compassion. With bravery. With unwavering faith,” Jill Biden will say in closing remarks tonight.

“There are times when I couldn’t imagine how he did it – how he put one foot in front of the other and kept going. But I’ve always understood why he did it … He does it for you,” she said in prepared remarks.

John Kerry, the former US secretary of state and 2004 presidential candidate, will describe Biden’s strength in foreign policy juxtaposed with President Donald Trump’s failure to lead the world.

“Donald Trump pretends Russia didn’t attack our elections. And now, he does nothing about Russia putting a bounty on our troops. So, he won’t defend our country. He doesn’t know how to defend our troops. The only person he’s interested in defending is himself,” Kerry said.

“Joe’s moral compass has always pointed in the right direction, from the fight to break the back of apartheid, to the struggle to wake up the world to genocide in the Balkans. Joe understands that none of the issues of this world – not nuclear weapons, not the challenge of building back better after COVID, not terrorism and certainly not the climate crisis – none can be resolved without bringing nations together.”

Former Acting US Attorney General Sally Yates, who warned the White House about contacts with Russia in 2016-2017, will criticise Trump for politicising the US Justice Department.

“Public servants promise to defend our constitution, uphold our laws, and work on behalf of the American people. But from the moment President Trump took office, he has used his position to benefit himself rather than our country. He’s trampled the rule of law, trying to weaponise our Justice Department to attack his enemies and protect his friends,” Yates said.

Former President Bill Clinton will attack Trump’s handling of the coronavirus pandemic and call Biden a “get the job done” kind of guy.

“Donald Trump says we’re leading the world. Well, we are the only major industrial economy to have its unemployment rate triple. At a time like this, the Oval Office should be a command centre. Instead, it’s a storm centre. There’s only chaos. Just one thing never changes – his determination to deny responsibility and shift the blame. The buck never stops there,” Clinton said.

“Joe has the experience, character, and decency to bring us together and restore America’s greatness. We deserve a person with integrity and judgement, someone who is honest and fair, someone who is committed to what is best for the American people,” Carter said.

Exclusive: Why We Defected from NRM to NUP – City Mechanics, Singer Sophie Gombya Speak Out | ChimpReports