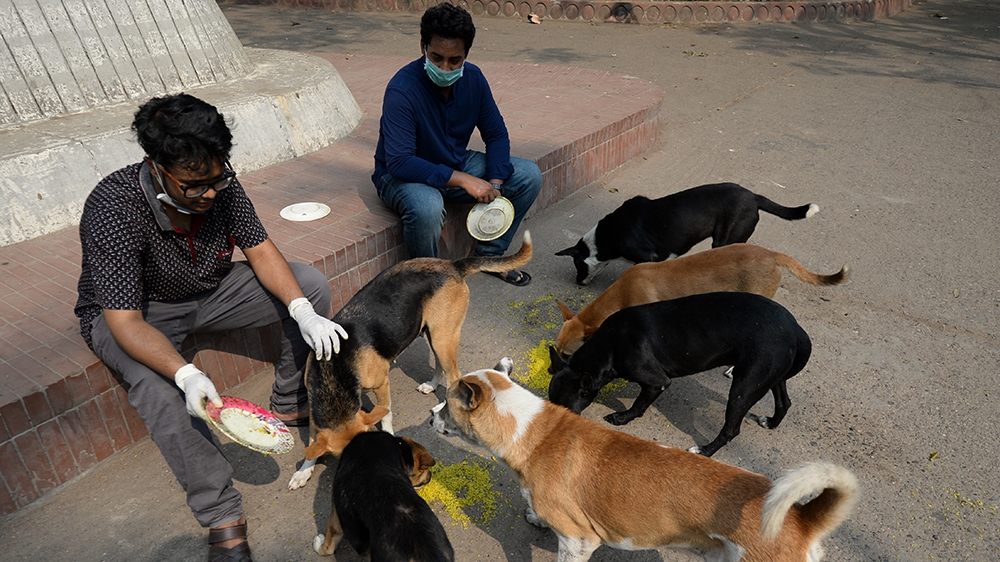 A decision by authorities in Dhaka to round up around 30,000 stray dogs and dump them outside the Bangladeshi capital city has caused outrage among animal rights activists.

Officials say the stray dog population has exploded since a sterilisation programme faltered, adding that residents increasingly complain they are not able to move around freely.

Street dogs are a common sight in Dhaka, with packs of the canines roaming freely and sleeping on pavements.

Many are fed scraps by dog lovers in restaurants and markets, and they scavenge from waste dumps and bins.

They also play a vital role in keeping the streets clean by driving away rats and other vermin, say animal rights campaigners.

Street dogs are a common sight in Dhaka, with packs of canines roaming freely and sleeping on pavements [File: Munir Uz Zaman/AFP]

“We’re planning to relocate the stray dogs in Dhaka South to remote localities outside the capital,” he told AFP.

He said the operation would start next month.

The relocation plan has triggered outrage among animal lovers, who warn it could cause more problems than it fixes.

“The relocation of such a huge number of dogs will be catastrophic,” said Naim Ibne Islam Adi, the head of Bangladesh’s largest shelter for stray dogs and cats.

The relocation of such a huge number of dogs will be catastrophic.

Abu Naser defended the move, however, saying the dogs would be fed and taken care of despite being relocated to “remote” locations.

He did not detail what the feeding plans were.

In one incident, a pack of hungry dogs killed two deer in a zoo, he said.

City authorities used to kill up to 20,000 strays a year to control their numbers, but a 2015 court order banned the culling and animal rights groups introduced a sterilisation programme.

Activists said they planned to file another court petition – this time to stop the relocation.