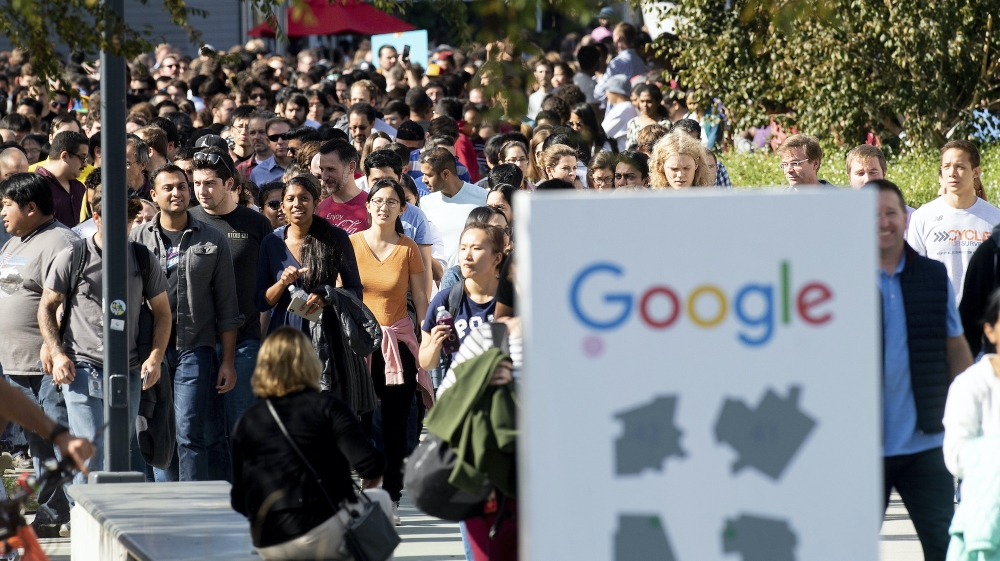 Anyone living in a major city in 2020 has likely noticed a new feature in the urban landscape: Tech campuses where the academic and the entrepreneurial come together to transfer physical and cognitive tasks from workers to computers. The tech industry is also increasingly visible in places far away from centres of growth – shipping centres for online merchants are replacing high street shops and coal mines in small towns across the Western world.

For many, these crystalline new buildings, together with the tech industry’s promise of offloading manual and cognitive labour onto machines, represent a new “green” vision of growth in which corporate value rapidly expands, but causes minimal greenhouse gas emissions or land destruction.

In the developed world, Big Tech has led much of the economic growth of the 2010s, while industries typically seen as dirty – like agriculture and manufacturing – have retreated. The belief that a transition towards services is the economic conclusion of development, and could grow our economy cleanly in the 21st century, is central to the sustainable development agenda. From the United Nations and OECD to more radical proposals from the extreme ends of the political spectrum – clean or green jobs are considered vital to charting a way to a clean and prosperous world for all.

But booming tech industries have also spurred affluence and consumption among its well-paid workers. This shopping spree is almost never accounted for in assessing the environmental friendliness of economic sectors. Can we still claim the tech industry is “clean” if we consider the environmental impacts of the affluence it generates?

In a study published in June, we attempted to answer this question by modelling the global economy in a way that attributed the environmental impacts of workers’ household consumption to the industries that employ them. This enabled us to more fully measure the environmental cleanliness of different industries, and better understand the ramifications of growing one industry over another.

We found that services like tech industries were as damaging to global climate, land, and water as agriculture and manufacturing when household consumption was included in the accounting. This is because tech is labour-intensive, and its numerous workers tend to be affluent consumers, whose habits cause large environmental impacts. By contrast, sectors typically seen as “dirty”, like farming and manufacturing, generate less affluence, and thus encourage less consumption and environmental damage.

The hidden environmental impacts of workers’ consumer habits applied not only to the tech industry. They followed high-wage service jobs wherever we looked. Public sector industries like education, healthcare, and government administration were just as high-impact per dollar created as tech. The bulk of environmental impacts can be traced to consumption by service workers because they pay out half of all wages globally, with the highest proportion of highly paid workers of any sector. Those workers may not degrade the environment directly through their jobs, but still consume impactful foods, goods, and travel.

In other words, services may appear “clean” when using incomplete accounting, but in reality are as dirty as any other sector. This means that a booming service sector cannot reduce the environmental impacts of our economy, unless its workers consume less. Our data further undermine the dubious idea that economic growth, even if led by “clean” sectors, can be green.

Exponents of the knowledge economy propose seemingly airtight logic: If humans can produce unbounded knowledge and innovation, then infinite growth on a finite planet is possible. But people in tech cannot eat software, nor do they take virtual vacations. No job can really be green in an over-consumptive economy, so employing more people in services can only reduce the toll on the planet if paired with lighter living.

Sustainability is not about where we work or what parts of the economy we grow. When the vast majority of what is produced is destined for household consumption, both “green” and “brown” jobs lead to environmental degradation. To achieve a sustainable economy, we need to revise our concept of the good life, reconsider our economic model, and live lighter. If not, a sustainable future is a fantasy.

The views expressed in this article are the authors’ own and do not necessarily reflect Al Jazeera’s editorial stance.