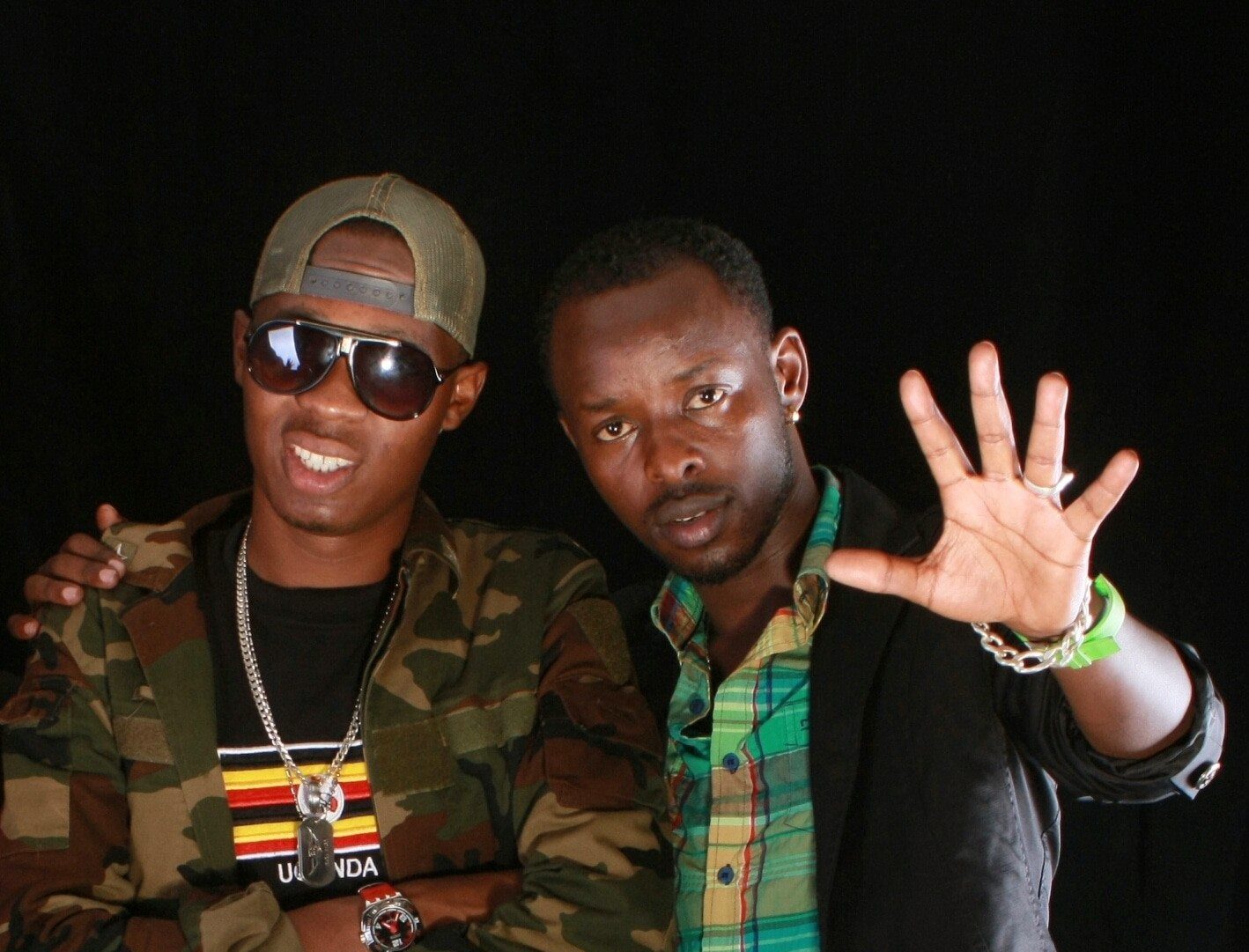 As soon as Eddy Kenzo revealed how the National Resistance Movement has most numbers amongst the youths, Big Eye Starboss countered his former boss’ allegations by sharing his own showing NUP dominance.

As we near the 2021 general elections, it seems like everyone is finally deciding to publicly reveal whom they will be campaigning and voting for on the ballot.

The biggest debate in recent days has been about a few celebrities including Eddy Kenzo and Big Eye who have always seemed confused on which political party to side with.

On Tuesday evening, Eddy Kenzo through his Facebook page revealed how the NRM has the “strength in numbers”. He wrote saying that social media popularity is “not a reflection of real life support”.

In the same post, the Big Talent singer noted how the NRM party swept most votes in the recently held Youth Elections, with most numbers in Makindye, Rubaga, Kamwokya, Nakawa and Kampala Central.

Juts two hours after Kenzo’s revelation, Big Muzik CEO Big Eye Starboss ran to his Facebook page and emphasized how he was not going to tolerate edited results.

Big Eye wrote down other results which showed dominance by the Bobi Wine-led National Unity Party (NUP) in the same parishes. He referred to his results as “the truth”.

Big Eye, real name Ibrahim Mayanja, deserted the NRM a few months ago and has been praising the party’s competitors. Recent months have seen him threatening to sue the ruling party for failing to give him money for the services he rendered the during the 2006 elections.

Read Also: I won’t side by you, I know how far we’ve come – Big Eye to Eddy Kenzo

Lucas Musiq set to release 2020 album “Play time is over”

Sheilah declares; “My soulmate is money” after Gods Plan’s hit and run

Sheilah Gashumba is one of the people who believed in love after pouring her heart out to boyfriend Marcus Ali Lwanga aka God’s Plan expecting a wedding with him however all her anticipations turned into daily nightmares.

She made a number of social media posts praising him and his riches. It was evident that she was drowning in his love. In fact, when their relationship was at its peak, she hinted about a wedding. However, Marcus couldn’t honor her wishes as he jumped out of the relationship before she started demanding to tie the knot hence leaving her heartbroken.

Sheilah couldn’t let him go when she still wanted him. She, therefore, invited him to join her in Zanzibar so they can discuss getting back together. Unfortunately, Marcus was committed to ending the relationship.

While Marcus found it easy to move on, Sheilah still had things that reminded her of him for instance a tattoo of his name on her back which she would later get rid of.

Days after the breakup, she decided to replace the tattoo with another tattoo made in a shape of Angel wings.

While she showed off a new man on her socials where she was kissing him, she still claims that she is single.

For example, just one day after showing him off, she posted on her Twitter remarking that she never told anyone that she was dating adding that she is single.

Just recently she also made another tweet showing how she has given up on love and decided to concentrate on money.

She stated that she will never have a wedding.

“My soulmate is money unfortunately I will never get a wedding” she tweeted.

Express Fc To Resurrect Their Form As They Travel To Mwererwe –

Express fc will be aiming to return to winning ways after being held by SC Villa and most recently Mbarara City in their last two league games in Bombo and Wankulukuku respectively.

The Red Eagles are third on 37 points, five behind Venoms and Tax Collectors whereas Soltilo Bright Stars are 8th with 26 points accumulated from 18 games played so far.

Wasswa Bbosa welcomes back Cranes senior defender Murushid Jjuuko who has been serving a two match suspension following his red card in the 3-1 win over URA.

In Jjuuko’s absence, Enock Walusimbi has been pairing Isa Lumu in the center back. Walusimbi, who will also be facing his former side, is expected to shift back to the right back position.

Soltilo Bright Stars have won all their most recent three league games and have managed to score three goals in each of their last four games across all competitions. They beat Kitara 3-1, Wakiso Giants 3-1, Paidha Black Angels (Uganda Cup) 3-1, and MYDA 3-0.

Sam Ssekamatte Kayongo has so far managed to score eight goals for the Baker Mbowa’s coached team and will be expected to lead the attack against the meanest defense in the league.

Kayongo together with his offensive partners Joseph Janjali and Joseph Akandwanaho scored the three goals for Bright Stars in their recent victory against MYDA in Tororo.

Bright Stars will be without their first two goalkeepers Edwin Buule Kiwanuka and Benson Wegima. Kiwanuka got an accident while Wegima got injured during the win against Wakiso Giants last week.

Simon Tamale is expected to maintain his place in goal while Shamulan Kamya, a keeper from the U-17 team will be his deputy.

Express will be without winger Godfrey Lwesibawa who is suspended due to accumulated bookings.

Martin Kizza is expected to start despite limping off during their one all draw with Mbarara City on Saturday.

Both teams have met on 16 occasions across all competitions. Express have won five times, Bright Stars have managed three wins while the other eight games have ended in draws.

The first leg at Wankulukuku ended 2-1 in favour of Express with Frank Kalanda and Eric Kambale scoring inside the first 10 minutes of the game. Augustine Kacancu pulled one back for Bright Stars.