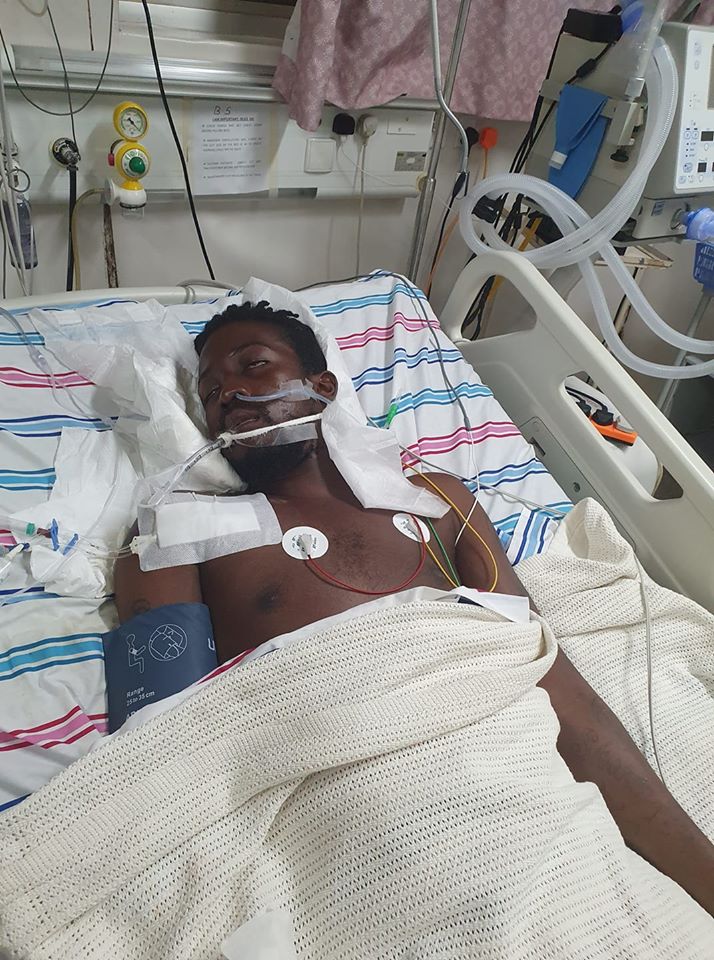 NUP To Sue EC Over Irregularities In Youth Elections 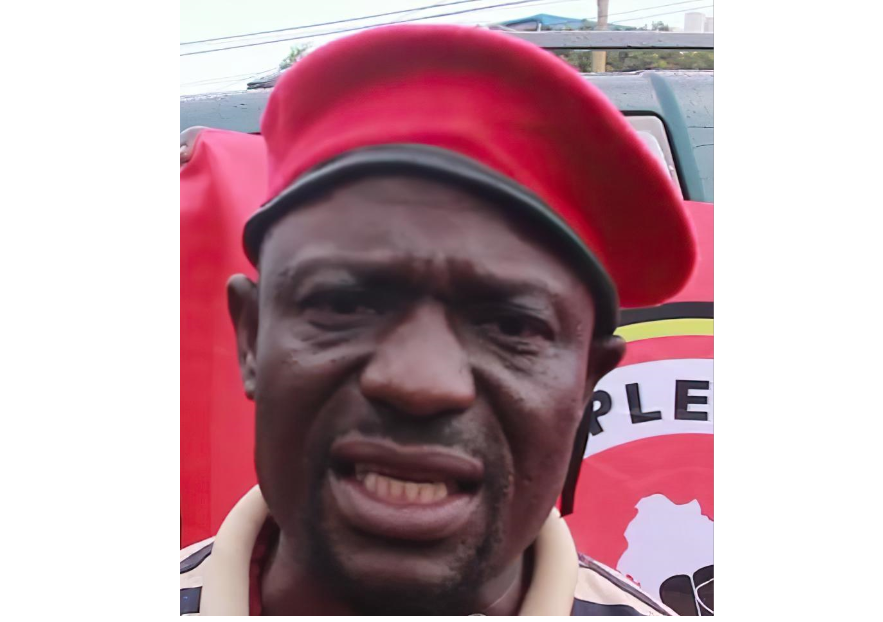 Fred Nyanzi, the National Unity Platform candidate for the Kampala Central Parliamentary seat has lost his application for a vote recount.  In her ruling delivered this afternoon, the Mengo Chief Magistrate, Esther Nansambu says Nyanzi ran to court on hearsay, without any evidence warranting a vote recount.

She also said her court lacks jurisdiction on the prayers made by Nyanzi in his vote recount application. Nansambu, therefore, dismissed the application with costs.  Nyanzi ran to court after losing to the incumbent Kampala Central Member of Parliament, Muhammad Nsereko.  The incumbent garnered 16,998 votes against Nyanzi’s 15,975.

In his petition, Nyanzi claimed that the voting process and counting were marred by malpractices and irregularities committed by both the Electoral Commission officials and Nsereko’s agents.  He also accused some presiding officers of denying his agents access to voting areas.

He cited different polling stations including Summit View, Nakasero 1 and 2, Hoima Flats among others where his agents were reportedly blocked from accessing the voting areas. He said, as a result, his agents were unable to sign the declaration of results forms.

Nyanzi also accused Nsereko and his agents of altering the declaration of result forms and destroying original copies of the forms among others.

Nyanzi who was contesting on the National Unity Platform-NUP ticket was defeated by the incumbent and independent candidate Muhammad Nsereko who got 16,998 votes against Nyanzi’s 15,975.

In the petition, Nyanzi states that the voting process and counting of the votes were marred by malpractices and irregularities committed by both the Electoral Commission officials and Nsereko’s agents.

He accuses some of the presiding officers of denying his agents access to voting areas. He singled different polling stations that include Summit View, Nakasero 1 and 2, Hoima Flats among others. He adds that the declaration forms were never signed by his agents because they had been blocked.

Nyanzi also accuses Nsereko and his agents for altering the declaration of result forms and destroying original copies of the forms among others. He further accuses Nsereko for conniving with presiding officers to alter and manipulate forms.

Nyanzi’s lawyer George Musisi says due to malpractices and irregularities, his client was wrongfully denied his victory. 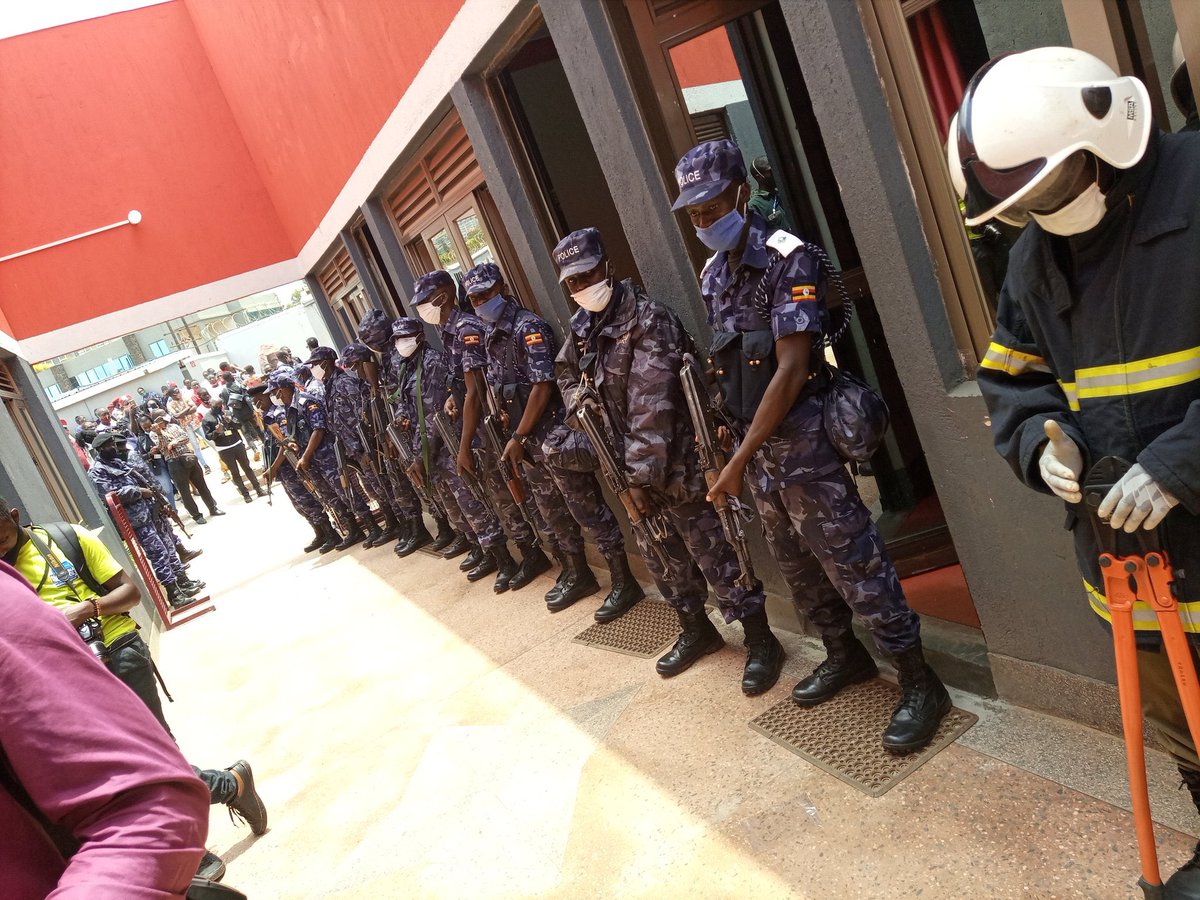 National Unity Platform – NUP and its president Robert Kyagulanyi Ssentamu have sued government and four security chiefs in the High Court in Kampala over the October 2020 raid of the party offices in Kampala.

The party wants court to make a declaration that the actions of more than 1,000 officers directly under the control of the said officers, by going through their offices, stealing and damaging property amounts to an infringement on their freedom of consciousness, expression, movement, assembly and association.

Through their lawyers from four law firms led by Wameli and Company Advocates and Pace Advocates, the applicants contend that on October 14th 2020, the party headquarters located in Kamowkya were ambushed by a large number of joint security officers both plain clothed and uniformed like they were attacking enemies of the State.

The security officers including police, Uganda People’s Defense Forces -UPDF and Local Defense Unit-LDU were reportedly littered allover Kamowkya area. According to the evidence before court by the party president Kyagulanyi, security blocked all entrances to and from the offices and never allowed anyone in or out of the offices and in the process, they ended up destabilizing the party business.

The evidence dated November 17th 2020, further indicates that some security officers carried plasma cutters and started cutting the gate before forcing their way inside the premises.

The party secretary general David Lewis Rubongoya in his supportive affidavit also says the party lost 23 million shillings in the raid, money which had been collected for the nomination of their parliamentary candidates in the recent concluded elections.

“..I tried to protest but I was shoved aside and insulted that the party would sum up nothing if they were still there, taking of the nomination forms put the nomination of the first applicant/Kyagulanyi in Limbo”, reads Rubongoya’s affidavit.

According to the two top party leaders therefore, the conduct of the respondents adversely affected their right and freedoms guaranteed by the constitution of Uganda and have occasioned untold inconveniences, mental anguish and distress for which they should be held liable and responsible.

But the Principal State Attorney, Jeffrey Atwine says the applicants shouldn’t have sued the security officers in their individual capacities as their actions done while on official duties can be defended by the Attorney General, the legal advisor of government.

At the time of the raid, the Deputy Spokesperson of the Ministry of Defense and Veteran Affairs, Lt Col Deo Akiiki told journalists that the joint security had raided the offices targeting civilians who were using military related attires.

The case is allocated to Lady Justice Esta Nambayo who will be hearing it on March 22 2021.

Diamond Platnumz shows off tattoo of his mother