What better way to refresh and get your life back on track than visiting Western Uganda and taking a boat ride on Lake Bunyonyi? Zahara Totto is on the plan with her new bae Reuben Robert this weekend.

Regardless we move… For Zahara Totto, that line can’t be truer as she gets on the quest for happiness with her next bae having bitterly broken up with her ex-boyfriend Big Papa a.k.a Don Solomon.

Zahara Totto’s new bae Reuben Robert is not really new after reports made rounds of how she has been seeing him on the side for five years. They made it official over the week with a video of them romancing each other.

The NBS TV presenter has been sharing a bit more of her private live on her social media accounts, showing how she is enjoying life after Solomon. She took a weekend off with Reuben.

The photos shared show them enjoying the breeze at Bird Nest Resort and taking a boat ride on Lake Bunyonyi. The two are lost in love, in each other’s arms, cuddling and kissing all the way.

A look at Sheilah Gashumba’s Snapchat indicates that she is also in Kabale and should be part of the crew. She has strongly stood with her friend Zahara in these trying times.

Take a look at some of the photos shared by Zahara Totto below:

Lake Bunyonyi is in South-western Uganda between Kisoro and Kabale, close to the border with Rwanda. The lake appeared from 2004 to 2009 on the 5,000 Ugandan shilling note under the title “Lake Bunyonyi and terraces”.

Zahara Toto ends rumors of being fired at Next Media, returns to work 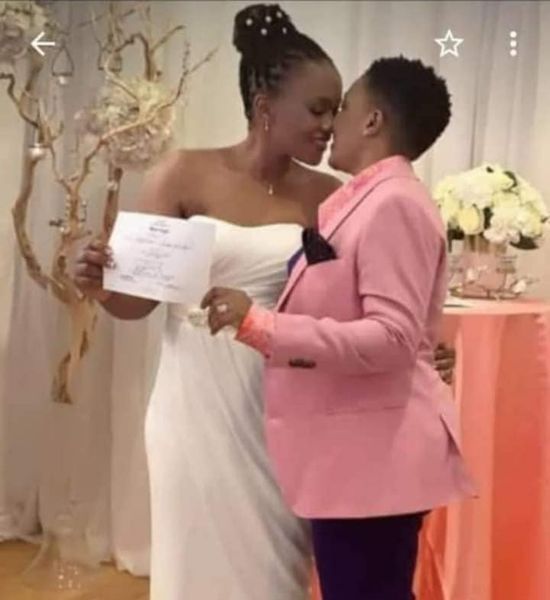 Picture of renowned gospel singer Pastor Julie Mutesasira’s wedding a fellow woman has shocked and divided many. Matooke Republic has learnt that the picture that has caused awash on social media was first put out by Pastor Franklin Mondo Mugisha.

Speaking during an interview, Mondo disclosed that Julie’s wedding with fellow woman happened a year ago and he has a full album of their wedding photos.

Mondo said he decided to release the photo to end debate of why Pastor Steven Mutesasira, Julie’s ex-husband had to marry another woman.

“It really hurts me because I don’t want to be the reason for the church to split. But I had to release the photo to challenge those who have been judging Pastor Steven Mutesasira’s decision to marry another woman,” Pastor Mondo said.

“Therefore, I felt that it was in the best interest of everyone to know,” he added.

Pastor Mondo who claimed to have known Julie and Stephen for the past 18-years said Julie’s shock change to fall for fellow women ruined their marriage.

Julie and Stephen divorced three years ago and they have two kids together Esther and Ezekiel (the 2019 winners of the first season of East Africa’s Got Talent).

Over the weekend Pastor Steven Mutesasira wedded his new woman a one Joyce Nabakooza.

Ragga-dancehall artist Baguma Crescent aka Beenie Gunter has hit-back hard at critics that have always trolled him for not settling down with a single woman.

The ‘Gun Talk City’ CEO shocked the public on Tuesday morning when he showed-off his pregnant girlfriend Nickie Berry with an over-grown baby bump.

Beenie went ahead to heap praises on Nickie Berry, branding her his Super woman who deserves the world.

The size of Nickie Berry’s bulged tummy confirms that her maternity ward moments are just a few days away.

The singer is still receiving innumerable congratulatory messages from friends and fellow artists.

This puts to rest all rumors that Beenie could have impregnated fellow singer Nina Roz.

Beenie Gunter also dominated the media in the past months after a one Phiona Akankwasa accused him of child neglect.

According to the photos shared on ‘Radio & Weasel’ official social media accounts, the ‘Bwobayo’ singer seems to have made up his mind and now willing to settle with former Miss Rwanda (2014).

He also shared romantic photo moments with Sandra after they made an appearance at one of their close family friend’s marriage ceremony.

The good news escalates five months after the couple welcomed a bouncing baby girl, Ria Mayanja on May 16, 2020.

Weasel and Sandra have been together close to four years and their intimacy is said to have sparked immediately after Weasel broke-up with his first baby mama, Shamira.

The couple have on various occasions been reported parting-ways with the most recent incident recalled in July, 2019 when Weasel deleted all Sandra’s photos from his social media accounts.