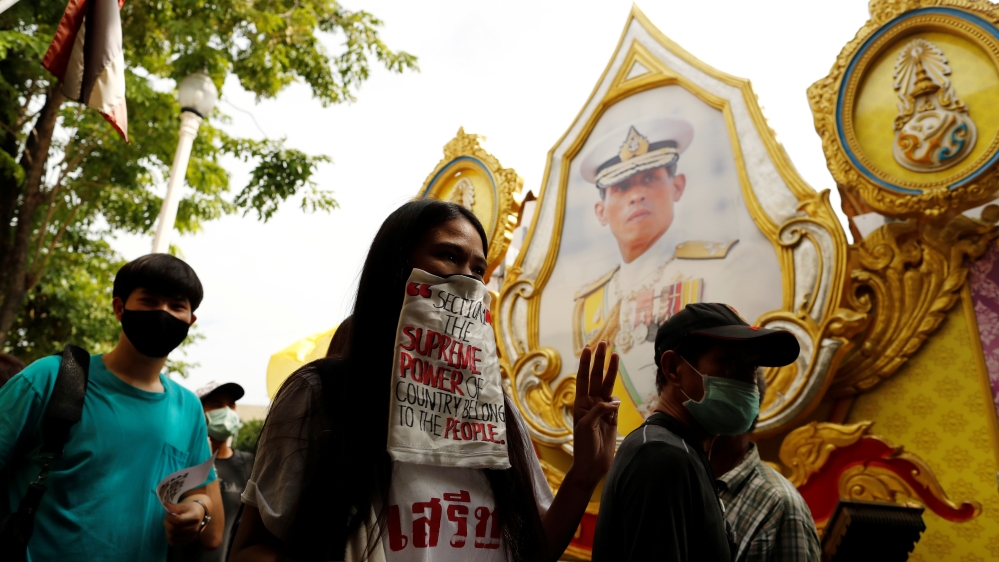 They have been rallying almost daily for the past month. Anti-government protesters led by students are attracting different sectors of Thai society.

Their main demand is a change of the entire political system.

Sunday saw one of the largest protests since the military seized power in the latest coup six years ago.

As well as changes to the constitution and an end to the intimidation of political activists, some are calling for what has long been unthinkable: reform of the monarchy.

Any criticism of the royal family is an offence that can lead to a long prison sentence.

How likely is political change in Thailand?