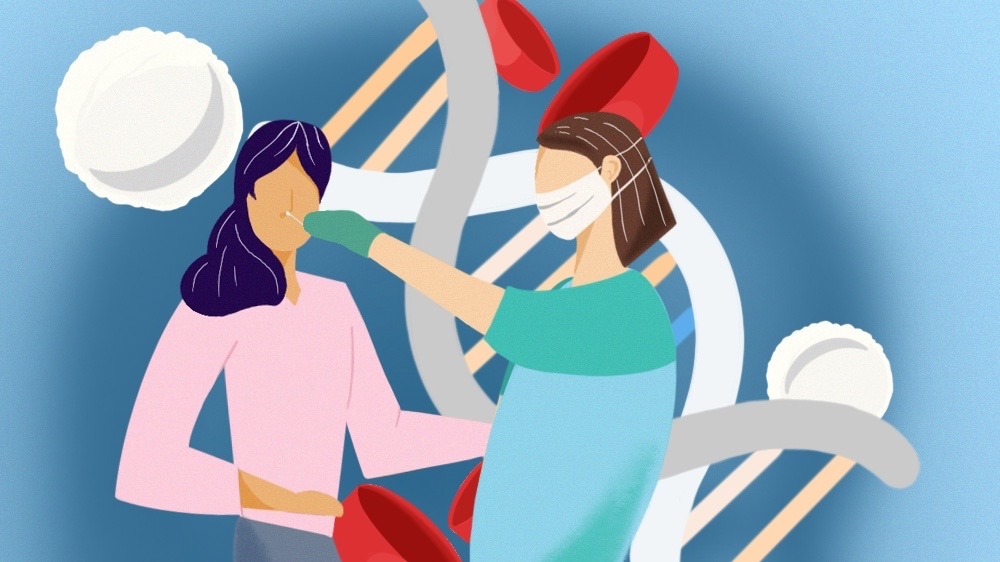 Editor’s Note: This series is produced in partnership with the World Health Organization (WHO).

Millions of people around the world are being tested for the new coronavirus every day.

To test for the virus itself, the most commonly used method involves a nasal or throat swab. The official name for this is the reverse transcription-polymerase chain reaction (RT-PCR). It is a standard molecular testing technique that detects the genetic material of the virus in a respiratory sample obtained through the swab.

Getting results can take somewhere between 30 minutes and four hours.

Meanwhile, to test for antibodies, a serology test is used. This tests blood samples obtained from a finger prick. If the diagnosis is positive for antibodies, it shows that a person had been infected with the virus and has developed an immune response.

Antibodies are detectable in the blood usually about two weeks after an infection of COVID-19.

What is rapid testing?

Trained technicians are not widely available to conduct PCR tests, which means there are often insufficient numbers of people managing a large number of samples from patients.

Now, many companies are working to simplify and speed up the diagnostic process for detecting COVID-19 and other infections. Some are developing automated PCR machines that reduce the burden on technicians for whom the meticulous process of dealing with samples is time-intensive, while others are making easy-to-use paper tests to facilitate testing outside of laboratory settings. These are called rapid diagnostic tests (RDTs).

Earlier this month, scientists in Australia said they had devised a portable low-cost nasal swab molecular test that can diagnose COVID-19 in just 20 minutes.

“When people say ‘rapid diagnostic test’ they are usually talking about those that can be performed at or near the patient’s bedside, like the common pregnancy tests, and that can be simple enough to be run by a healthcare worker and [the] results determined visually, even by the patient in some cases,” Dr Mark Perkins, team lead for laboratories at the WHO, told Al Jazeera.

Enter the antigen test for COVID-19.

Antigens are molecules that stimulate an immune response. Antibodies are proteins produced in response to exposure to antigens.

These new rapid tests use a hand-held device to detect the presence of proteins from the virus in respiratory samples.

This testing technique is cheaper and faster than most PCR tests, giving a result within 30 minutes.

How does it work? A sample of bodily fluid is collected using a swab, and applied with a liquid onto a strip of special paper. The liquid travels along the paper, carrying the antigens with it. If a person is infected, bound antibodies on the paper capture any antigens and indicator dyes show the user where those were captured.

In May, the United States Food and Drug Administration authorised the emergency use of its first antigen test for COVID-19.

A healthcare worker writes the date on a rapid antigen detection testing kit after collecting swabs from residents during a check-up campaign to tackle the coronavirus outbreak in Ahmedabad, India [File: Amit Dave /Reuters]

Several states in India have ramped up mass testing with the introduction of rapid antigen test kits.

Perkins said these could potentially be a “game-changer”, facilitating early and easy detection of the virus, especially in developing countries.

“If you live in a small town in a developing country, the chance there’s going to be a PCR machine in your town is small, so this is why there is a push to develop other methods that are simpler and require less complicated machinery,” he said.

But are they reliable?

Researchers at the WHO are continuing to evaluate these antigen detection tests for accuracy.

Perkins said his team has seen good data on at least four of the dozens of antigen detection tests being developed.

“These antigen detection tests are recently developed and haven’t been tested widely, but so far they all tend to have relatively high specificity – that is 98 to 99 percent of the people who are tested positive actually have the infection and only one or two percent of them are falsely positive,” Perkins said.

“The real challenge is to ensure they are sensitive enough to detect essentially all infectious patients,” he added.

However, there are limitations to the innovation and the WHO has urged further validation before such tools can be recommended.

The United Nations health agency said: “Inadequate tests may miss patients with active infection or falsely categorise patients as having the disease when they do not, further hampering disease control efforts.”

Explainer: The coronavirus and US political conventions | USA News