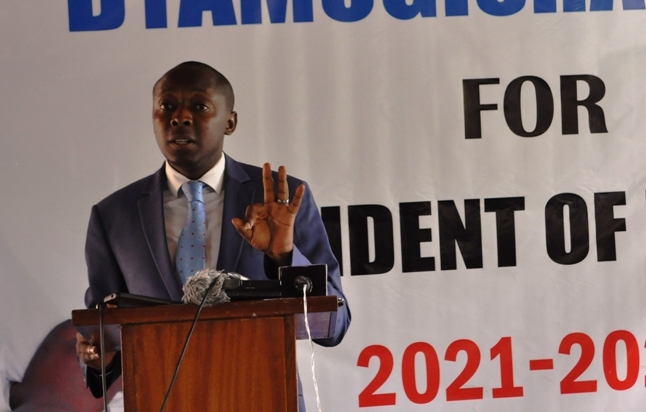 During a guest appearance on Radio One’s ‘Spectrum’ talk show on Monday, Nasur mocked the Party for its dismal performance beyond the Kampala Metropolitan domain.

He pointed out that whereas other Opposition Parties to a minimal extent have scooped youth leaders beyond Buganda region, NUP has miserably failed which is “a testimony that the Party lacks national character.”

“I have results from Bukonzo West. In Ihambiro Sub-County, NRM has 22 out of FDCs 3. In Karambi Sub-county, NRM 10 and FDC 15. In Bwera sub-county NRM 13 and FDC 9. In Nakiyimbu Sub County, NRM 29 and FDC 10…So we can see that NUP is a Kampala based party,” Nasur alluded.

That aside, he also quashed claims that NRM had been defeated hands down across the Kampala Metropolitan Area saying that in fact they had performed well in areas perceived to be Opposition strongholds.

“In Mbuya 1 where the barracks is, out of the 6, NRM had four, in Butabika Parish, out of seven NRM won five. In Luzira, it has 21 but as results were coming in, out of the 14, NRM had taken 12,” he further stated.

Nasur retorted that these victories had not occurred by accident as some pundits might claim, but accrue from NRMs well thought strategy.

“Because 68,733 (village seats) times 9 (positions) would be 618,597 youth leaders at village level. These are the ones that are going to determine the Parish leaders, I can say in the current leadership of NYC, we only have one youth leader from the opposition and that is from Rukungiri,” he disclosed.

“Very few non NRM leaders can discuss Uganda as it is. They usually believe in fiction, they usually things are going to happen out of the blue. But we have been taught how to lay strategy, how to implement these strategies like having these positions,” Nasur Concluded.

However, his submission was challenged by Moses Byamugisha who pointed out that the purpose of this narrative is to portray a false picture that the Opposition’s organizational inefficiencies are to blame.

“There has been a lot of talk that FDC is losing Kasese. I just have one declaration form from Kasese in a village called Rwembayo. It’s in Bukonzo East where Bihande comes from and Winnie Kiiza and I am mentioning those names intentionally. Out of the nine (positions) FDC won six, ANT has one and the other two are NRM. That is an area where everyone thought we had lost,” Byamugisha argued.

WHAT A BANG! 1st Time Winner Smashes Shs422m From 2k