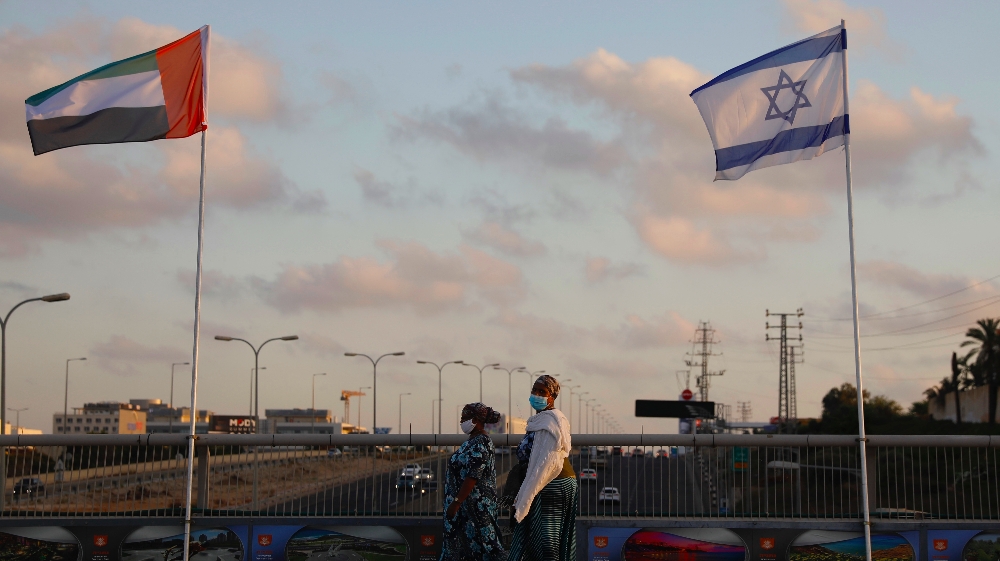 The head of Israel’s foreign intelligence service has visited the United Arab Emirates (UAE) for security talks, only days after the countries agreed to establish diplomatic ties in a move that angered Palestinians.

Cohen’s trip to Abu Dhabi marked the first visit to the UAE by an Israeli official after the announcement last week by United States President Donald Trump that the two countries had agreed to normalise relations.

“The two sides discussed prospects for cooperation in the fields of security as well as exchanged points of view on regional developments and on issues of common interest” including efforts to contain COVID-19, WAM said.

As part of the deal, Israel agreed to suspend the annexation of territories in the occupied West Bank, although Prime Minister Benjamin Netanyahu said he had only agreed to a “delay” and that the controversial plan was not off the table in the long run.

The UAE decision “was coming” regardless of Israel’s annexation plans, according to Saeb Erekat, the chief Palestinian negotiator. This “decision is at the expense of the legitimate Palestinian national rights”, he told the Palestinian news agency Wafa on Friday.

Palestinians protested against the deal, seeing it as a betrayal of their cause by a major player in the Arab world, which has broadly held that normal ties with Israel are only possible once its dispute with the Palestinians is resolved.

Israel-UAE tensions had run high in 2010 after Mossad was widely blamed for the assassination in a Dubai hotel room of an operative for the Palestinian group Hamas, Mahmoud al-Mabhouh.

Trump said leaders from Israel and the UAE would sign the historic agreement at the White House in the coming weeks.

Netanyahu last week called Cohen to thank him for the Mossad’s assistance “in developing the ties with the Gulf states over the years, which assisted in bringing the peace treaty to fruition”, the prime minister’s office said.

The Israel-UAE deal is only the third such accord Israel has struck with an Arab country, after Egypt and Jordan, and raises the prospect of similar deals with other pro-Western Gulf states.

Netanyahu on Monday appeared on Sky News Arabia, in his first-ever interview with the Abu Dhabi-based network.

“This is a great moment … we are making history,” he said, adding: “This is a combination of limitless possibilities.”

Saudi Arabia has maintained a conspicuous silence over the deal, but local officials have hinted that Riyadh is unlikely to immediately follow the UAE, its principal regional ally, despite US pressure.

Trump’s son-in-law and adviser Jared Kushner insisted on Monday that it would be in Riyadh’s interest to formally establish ties with Israel.

Netanyahu on Monday said Israel was working on opening a corridor over Saudi Arabia for flights to the UAE.

Meanwhile, Oman’s minister responsible for foreign affairs spoke to his Israeli counterpart on Monday, the first publicised contact since the announcement of the UAE-Israel deal.

Oman, along with Bahrain, had already expressed its support for the deal, and bin Alawi told Ashkenazi that Muscat “clearly reaffirms its position calling for a comprehensive, just and lasting peace” in the Middle East.

Other Gulf countries, including Kuwait and Qatar, have so far remained silent on the Israel-UAE agreement.