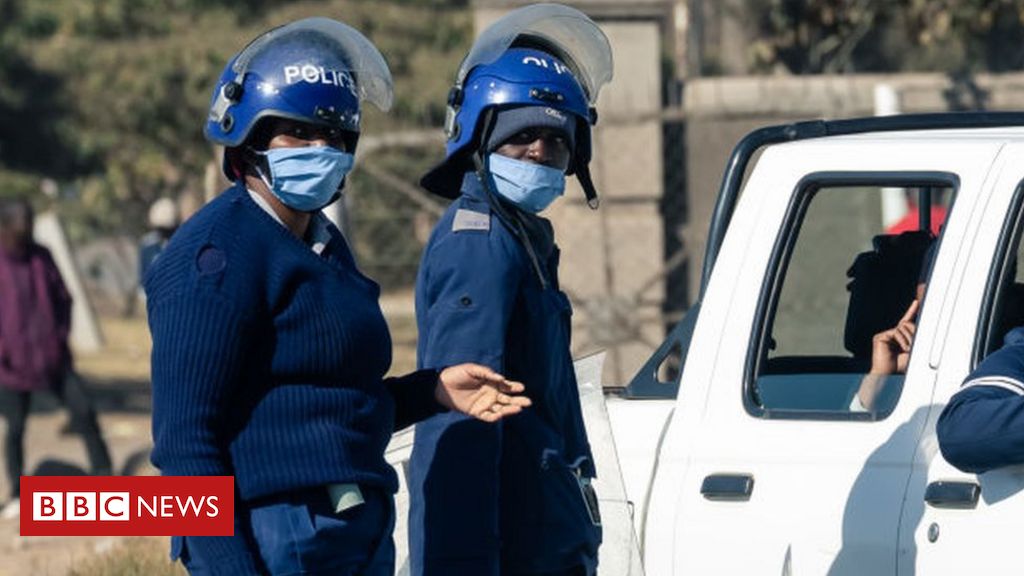 “There is no crisis, political or otherwise,” said Information Secretary Nick Mangwana.

The bishops had called for an urgent resolution to the country’s economic and political challenges.

“The struggle in Zimbabwe, has resulted in a multi-layered crisis of convergence of economic collapse, deepening poverty, food insecurity and human rights abuses,” said seven bishops from the Zimbabwe’s main cities and towns in a letter released on Friday.

“Corruption in the country has reached alarming levels,” they added.

Zimbabweans have been protesting against alleged government corruption and a deepening economic crisis with inflation running at more than 700%.

President Emmerson Mnangagwa has, however, blamed his political opponents of working with foreigners to try to destabilise the country. He called them “bad apples” and warned that he will “flush” them out.

His government has recently attracted heavy criticism over a crackdown targeting anti-government protesters which has resulted in several people being assaulted and arrested.

Prominent journalist Hopewell Chin’ono was charged last month with inciting public violence. He is still in detention after being denied bail.

He had exposed alleged corruption in the health ministry during the purchase of medical supplies to tackle the coronavirus pandemic.

Celebrities like rappers Ice Cube, AKA and Lecrae and actresses Thandie Newton and Pearl Thusi have expressed support.

What else did the bishops say?

“Fear runs down the spine of many of our people today. The crackdown of dissent in unprecedented,” the Zimbabwe Catholic Bishop’s Conference said in their letter.

“Voices of various governments, the European Union, the African Union, and the UN on the desperate situation in Zimbabwe have not only confirmed the seriousness of the human rights breaches by government agents but the need to rally behind #ZimbabweanLivesMatter,” they said.

But writing in the state-owned The Herald newspaper, Mr Mangwana defended the government.

“Zimbabwe, like most countries in the world, is currently grappling with challenges attendant to illegal sanctions, drought and the coronavirus pandemic,” he said.

He said President Mnangagwa had demonstrated his commitment to fight corruption, highlighting the arrest of high profile individuals and strengthening of anti-corruption bodies.

The information secretary also said the bishops had ignored the impact that close to two decades of economic sanctions had had on the country.

However, his senior colleague, Information Minister Monica Mutsvangwa, was scathing in her criticism of the church leaders, particularly of ZCBC’s president Archbishop Robert Ndlovu from the minority Ndembele ethnic group.

She described him as “evil minded”, and accused him of fanning ethnic division and made comparisons to the role of the Church in the 1994 Rwandan genocide.

“The singling out of a Ndebele archbishop… is discrimination on tribal grounds,” tweeted MDC-Alliance spokeswoman Fadzayi Mahere, warning against the reviving of Zimbabwe’s “history of genocide”.

In the 1980s thousands of civilians – mainly ethnic Ndebeles – were killed when the late ex-president Robert Mugabe led a military-style crackdown on alleged militants known as Gukurahundi.

The Ndebeles were perceived to be backing the opposition, while Mugabe was from the majority Shona ethnic group.