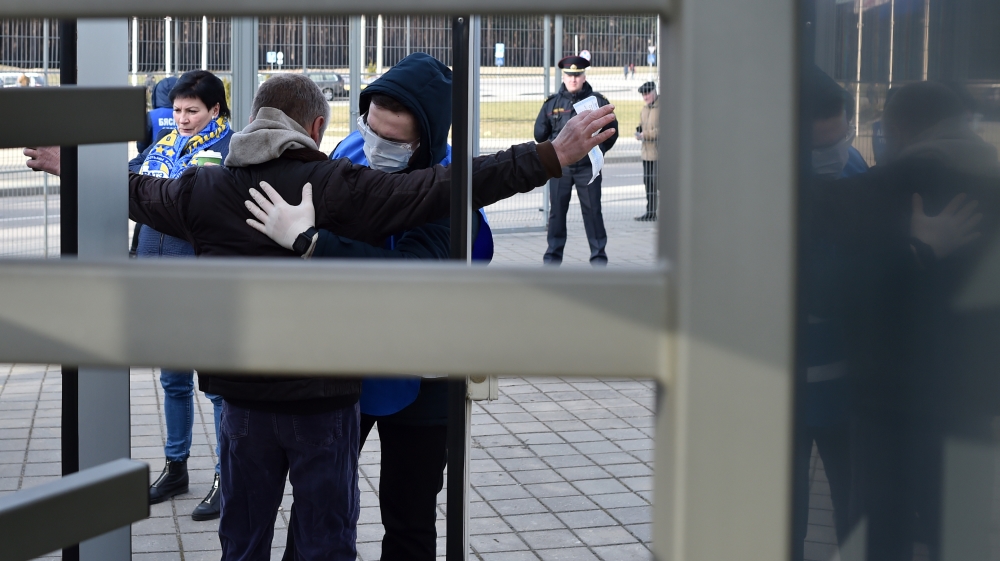 The Kremlin has asked ex-Soviet ally Belarus to release 33 Russian men detained in Minsk over an alleged plot to organise riots before next month’s presidential elections.

Belarusian security services on Wednesday arrested the group of Russians, saying they were mercenaries on a mission to destabilise the country in the run-up to the August 9 polls.

“We hope that in the very near future this incident will be explained by our Belarusian allies and that the citizens will be released,” Kremlin spokesman Dmitry Peskov told reporters on Friday.

He added that the “groundless detention of Russian citizens does not quite fit the parameters of allied relations”.

Belarus investigators said the men were working with prominent opposition critics Sergei Tikhanovsky and Mikola Statkevich who have both been jailed and barred from contesting the ballot.

Peskov confirmed the Russian men were “employees of a private security company” who were staying temporarily in Belarus before travelling onwards to Istanbul.

“They missed their plane,” he said. “They had tickets to Istanbul.”

A senior Belarusian investigator said in televised comments that the men’s plans for onward travel were just “an alibi,” Tut.by news site reported.

“As the investigation has found out, they did not plan to fly there (to Istanbul),” the head of the investigative team, Alexander Agafonov, was reported as saying in an interview with national television.

Eleven of them said they intended to fly to Venezuela, 15 to Turkey, two to Cuba and one to Syria. One “did not know where he was flying to” and the rest refused to testify, Agafonov said.

During a massive campaign rally in the capital Minsk on Thursday, Svetlana Tikhanovskaya – the leading rival to Belarusian strongman Alexander Lukashenko – denied claims the opposition was working with Russian mercenaries to incite mass unrest.

Tikhanovskaya, who is married to the jailed blogger Tikhanovsky, said people only wanted a fair election.

She said Russian private contractors might have been using Belarus as a transit point for a long time and questioned the timing of this week’s arrests.