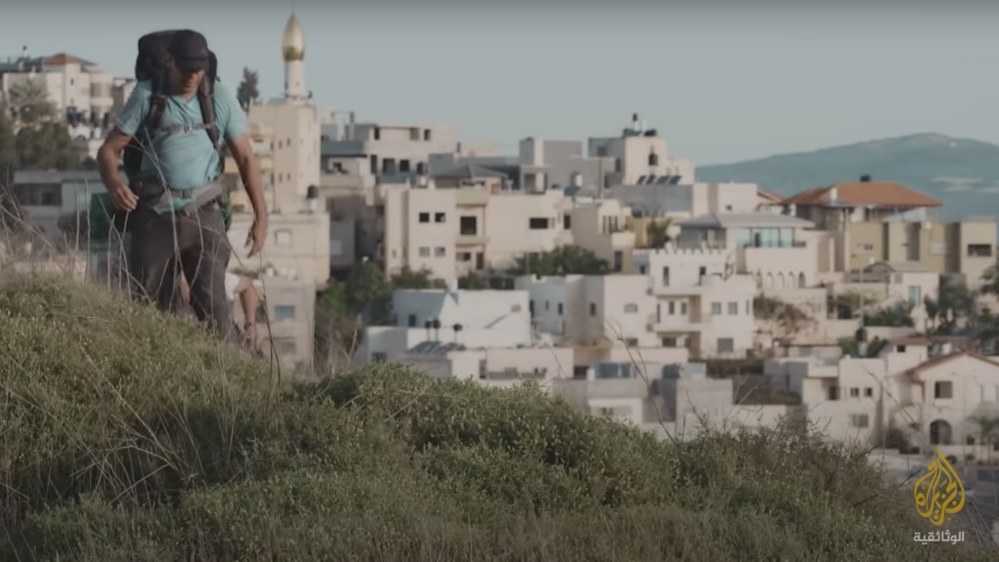 As the world’s attention was captured by the news of Israel planning to “annex” yet a bit more of Palestine and add it to what they have already stolen, I received an email from Nizar Hassan, the pre-eminent Palestinian documentary filmmaker. He wrote to me about his latest film, My Grandfather’s Path, and included a link to the director’s cut. It was a blessing.

They say choose your enemies carefully for you would end up like them. The same goes for those opposing Zionist settler colonialists. If you are too incensed and angered by their daily dose of claptrap, the vulgarity of their armed robbery of Palestine, you would soon become like them and forget yourself and what beautiful ideas, ideals, and aspirations once animated your highest dreams. Never fall into that trap.

For decades, aspects of Palestinian and world cinema, art, poetry, fiction, and drama have done for me precisely that: saved me from that trap. They have constantly reminded me what all our politics are about – a moment of poetic salvation from it all. Nizar Hassan’s new documentary is one such work – in a moment of dejection over Israel’s encroachment on Palestinian rights and the world’s complicity, it has put Palestine in perspective.

The film is mercifully long, beautifully paced and patient, a masterfully crafted work of art – a Palestinian’s epic ode to his homeland. A shorter version of My Grandfather’s Path has been broadcast on Al Jazeera Arabic in three parts, but it must be seen in its entirety, in one go. It is a pilgrimage that must not be interrupted.

Nizar Hassan was born in 1960 and raised in the village of Mashad, near Nazareth, where he has lived with his family. He studied anthropology at Haifa University and after graduating worked in TV.

Starting in 1990, he turned to cinema. In 1994, he produced Independence, in which he pokes his Palestinian interlocutors about what they think of the bizarre Israeli notion of their “independence”. They have stolen another people’s homeland and call the act “independence”! Hassan dwells on that absurdity.

In his next film, Jasmine (1996), Hassan engaged Palestinians on the question of gender relations in Palestinian society in the aftermath of a murder of a Palestinian girl by her brother.

Seven years later, Hassan directed the powerful film Invasion (also known as 13 Days in Jenin Camp, 2003) shot soon after the Jenin massacre of 2002, in which the Israeli army bulldozed through a refugee camp, killing scores of Palestinians. The film goes beyond simply documenting the horror of the events in Jenin to confront its perpetrators. It follows the narrative of an Israeli bulldozer driver who took part in the carnage and his reactions as he watches footage of the destruction and suffering of Palestinians he caused.

Hassan has been featured in film festivals in the Arab world, Europe, and North America. I have included his works in film festivals I have helped organise in the US, Argentina and Palestine. In the rich and diversified archive of Palestinian cinema, Hassan is a major figure with a serious body of work.

So I knew Hassan’s documentary filmmaking quite well when I sat to watch his most recent work. But the power of the new film is something entirely different. It is not provocative, combative, or argumentative – quite the contrary.

My Grandfather’s Path comes from such a deep and rooted confidence in a man’s sense of his own homeland, it is as if the whole world, not just “Israel”, disappears, as the middle-aged director walking with a backpack becomes the epicentre of the film’s universe.

With a determined stride along his grandfather’s path, his reassuring voiceover, and his two-person crew following him, Hassan reclaims the magnificent landscape of Palestine as if there were no Zionist project interrupting that peaceful dream his film interprets.

Watching the film, I was reminded of the poetic peace and confidence of Iranian poet Sohrab Sepehri in one of his signature poems, Mosafer (Traveller), where he alludes to his journey in Palestine:

Oh, all you olive trees of Palestine:

Address all the abundance of your shades to me:
To this lonesome traveller
Having just returned
From the vicinity of Mount Sinai

Feverish with
The heat of the Divine Word –

To be sure, Hassan has told this story in a different way before. In his Abou Khalil Grove, he follows the fate of a Palestinian family from the Ottoman period to the emergence of Israel. In the same vein, in My Grandfather’s Path, the palpable story is tracing the filmmaker’s own roots in his homeland way before the arrival of Zionism on the colonial map of the region.

But what we see in this film is much more than just this objective history. We are in the presence of a master filmmaker in full command of his craft. In a masterstroke, which in the director’s own bold and brilliant cut runs for more than three and a half hours, he undoes Zionism with poise, patience, a backpack, and a saintly solace.

My Grandfather’s Path is a walk through the physical and temporal landscape of Palestine by one solitary Palestinian in the company of a sound engineer and a cinematographer. He crosses paths with a few friends, but constant remain the voice and vista of Nizar Hassan himself and his backpack, walking his homeland inch by inch while telling us the story of his grandfather.

The film is an epic narrative, quietly more eloquent than the proudest of Mahmoud Darwish’s epic poetry. Hassan here no longer feels compelled to prove anything. He has bypassed Israel and delivered to the world an ode to the rooted beauty and proud longevity of his homeland.

The self-defeating project of Zionism

Palestinians do not have the military might to fight for every inch of their homeland, but they have something more powerful than machine guns, tanks and fighter jets or the occupied territories of US politics. They have something far stronger than all those nefarious forces put together: They thrive in the power of their storytelling, and they are full of stories – humane, real, worldly, truthful, enduring, awe-inspiring.

In effect, we have two parallel tracks that have historically unfolded for the world to see: one – the continued colonisation of the entirety of Palestine by a European settler colony, and the other – Palestinian artists, poets, novelists, and filmmakers like Hassan overriding and dismantling that project of colonial thievery.

Israelis have thrived on stealing inch after inch of Palestine and incorporating it into their settler-colonial garrison state. But inside their garrisons and their captured imagination, they have Palestinians telling themselves and the world their stories. Israelis have no stories to tell, except the abuse of the Biblical texts to justify their exclusive domination over Palestine; they are left with the naked brutality of the Zionist project.

Against that brutal history of disposition, all a Palestinian has to do is to pack a backpack, grab hold of a camera and a sound recorder and start walking and talking about his or her grandfather or grandmother. That is all. In the face of these stories, Zionism, with all its military might and massive propaganda machinery, disappears into oblivion – as if it never happened, as if it is not happening.