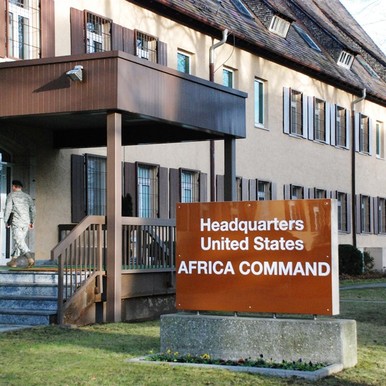 The United States Defense Department has announced plans to move the U.S Africa Command headquarters from Germany to a yet to be decided location.

The US Secretary of Defense, Mark Esper publicly announced plans to make U.S. force adjustments within the European area of operations during a press briefing in Washington D.C. on July 29, 2020 saying it is part of the U.S. European Command Review.

“The change in force posture is designed to support the National Defense and Security strategies, adapt to changing global strategic environment, and best address global priorities,” he said.

It is reportedly in response to the President Donald Trump’s direction and efforts are already underway to develop plans and options to relocate U.S. Africa Command headquarters and forces from Germany.

It is not likely that the new location will be in Africa though Europe is no longer a priority and US is among the new options.

“U.S. Africa Command has been told to plan to move. While it will likely take several months to develop options, consider locations, and come to a decision, the command has started the process. We will ensure we continue to support our host nation and African partners and our families and forces throughout,” said U.S. Army Gen. Stephen Townsend, commander, U.S. Africa Command.

The command established in October 2007 is meant to protect and advance U.S interests in Africa and develop capable, professional partner nation military forces there and has been headquartered in Stuttgart, Germany since its inception.

“It is important that our African partners understand our commitment to them remains strong. U.S. Africa Command will continue to work with our African and other partners to address mutual interests,” added Townsend.

“We are very grateful to Germany for their partnership and serving as host to Headquarters U.S. Africa Command. International cooperation remains important to addressing mutual security challenges, especially in Africa,” said Townsend.

The move signifies a possible silent diplomatic impasse between Washington and Berlin.

In January this year, AFRICOM dispatched generals to Kenya following a daring January 5 Al-Shabaab attack on Manda Bay, a US facility, that killed one marine soldier and two defense contractors.  [https://chimpreports.com/us-dispatches-generals-to-kenya-to-assess-al-shabaab-attack/]