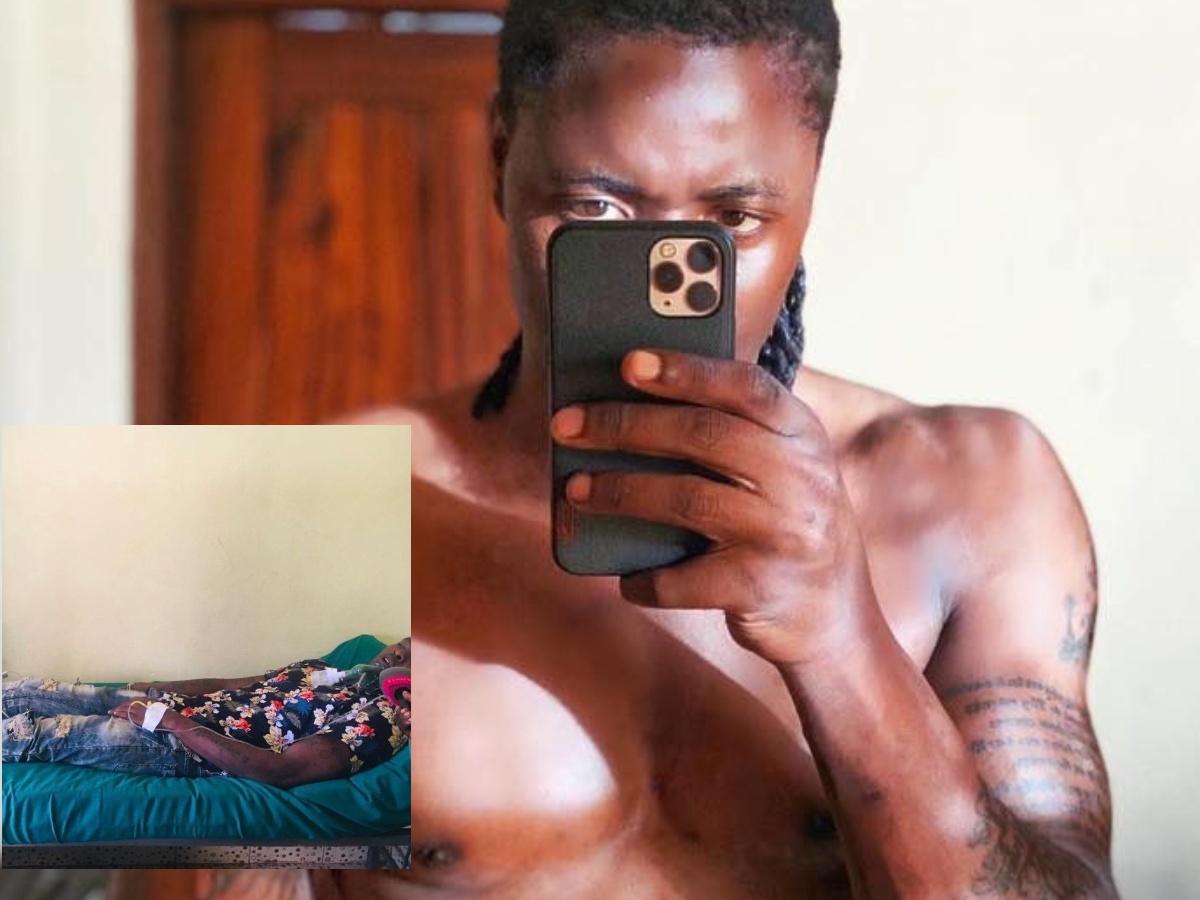 The ‘Ekiro Munzikiza’ is slumbering on sickbed at Albert Cook health centre in Entebbe after sustaining serious injuries on his body in the fight.

The scuffle was matched prior his resistance of arrest by security operatives that had stormed his home in Amazon-Luwafu, Makindye on allegations that he and friends disrupted peace of the locality with noise.

The ‘Team Good Music’ CEO’s admission landed a few hours after the Uganda Police confirmed its operation of hunting the singer down to answer some questions.

“Our operation was after we received numerous complaints from the citizens about Pallaso and his friends playing louder music for all night and claim untouchable whenever his neighbors attempt to condemn him,” said the Kampala Metropolitan deputy Police spokesperson Asp Luke Owoyesigyire.

“He had over 30 people in the house moreover drunk and making noise all over the area.”

Oweyesigre also revealed how Pallaso has resisted arrest by thumping one of the security officers and disappeared with handcuffs on his left hand.

“Our officers tried to humbly arrest him and have him at least make a statement at the station but he instead replied by scuffing one of our officers and tearing his uniform,” Oweyesigire added.

The self-proclaimed ‘King of the east’ is now wanted after arresting his brother, a one Kasozi Henry, who was part of the unruly gang last night.

“Therefore, we are looking for him, after arresting his so-called brother, Henry Kasozi,” ascertained the Police spokesperson.

Mr. Oweyesigire further revealed that Pallaso has overly disrespected the security operatives but this time round, he will be charged with three cases; Assaulting the Police, obstruction of Police duties, and lastly illegally possessing Police handcuffs.

“It’s not the first time he is disrespectful to the security. He is now supposed to answer on cases of beating-up a national security personnel, forcefully rejecting arrest and escaping with Police property of handcuffs,” Luke concluded.

However, Pallaso with-held the pain on sickbed and opened up, trashing all claims raised by the Police.

“All what the Police is claiming is false. It has its own intentions against me,” Pallaso said.

He also promised to peacefully hand himself to the Police once his health improves.

“If they need me, am right here at Albert Cook hospital. Let them come,” he added.