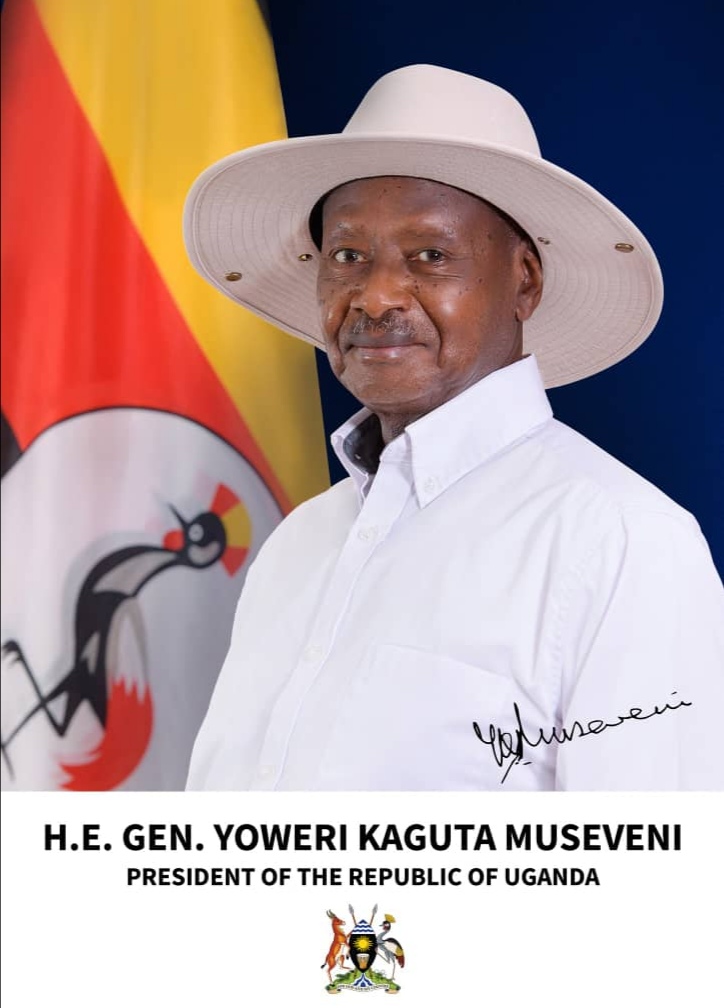 The President of Uganda Yoweri Museveni has outed his official portrait that will feature in his campaign posters.

The stunning portrait has since solicited mixed reactions from both fans and haters.

Just like it has always been with his previous portraits, the president has dawned on his signature hat, this time white in color to match his flickering white shirt.

Ofwono Opondo, executive director of the Uganda Media Center shared the vibrant portrait on his twitter handle on Thursday.
He also confirmed that the same portrait is to be used in both government and private offices across the country.

the tweet reads ;
The new Official Portrait of the One and Only Oldman with a Hat and heart @KagutaMuseveni. He’s seeking your vote as president of Uganda in the next general election. I urge you to support and vote for him on the @NRMOnline ticket.

Museveni75 has also been nominated as the sole candidate for the National Chairperson for the ruling party as the deadline for picking nomination forms ended last week.

President Yoweri Museveni on Thursday named a 14-member committee that is responsible for drafting the NRM party manifesto for 2021-2026.

Museveni exercised his mandate as the chairperson of the ruling National Resistance Movement (NRM)under Article 14(1) of the NRM constitution to declare the team.

The committee will be chaired by the minister of justice and constitutional affairs Prof Ephraim Kamuntu and deputized by the party’s Deputy Secretary-General Richard Tadwong.

The Manifesto will focus on Science and Technology plus innovation in a real economy.