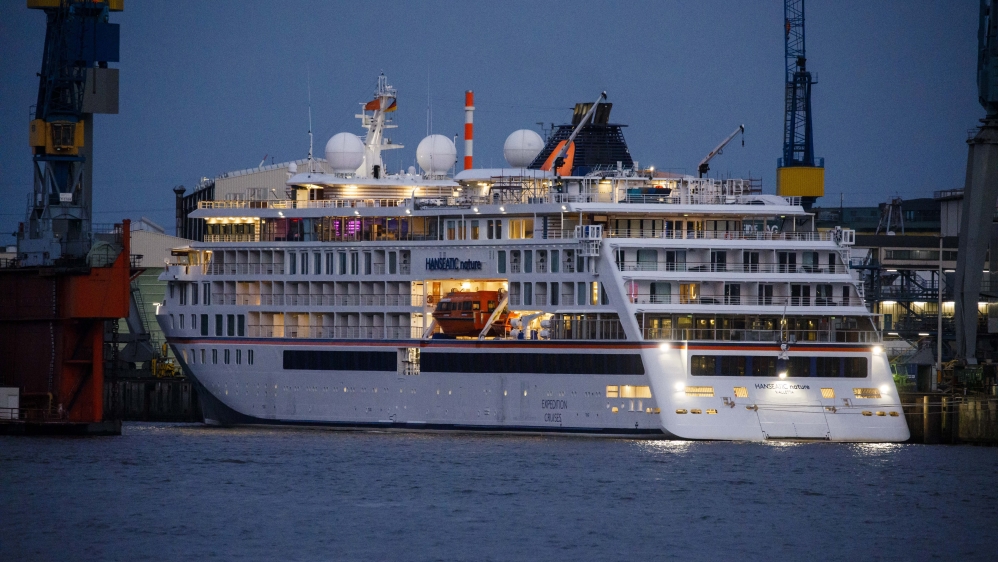 Four crew members on a Norwegian cruise vessel were diagnosed with COVID-19 after it arrived at the Arctic port of Tromsoe on Friday, said the University Hospital of North Norway, where they are being treated.

All 160 crew members on the Roald Amundsen have been quarantined on the ship, while the 177 passengers – all of whom have already disembarked – are being contacted by telephone and are being told to self-isolate, operator Hurtigruten said.

“By the time we were notified, the passengers had left the ship,” Tromsoe municipality chief doctor Kathrine Kristoffersen told a news conference. “All passengers will, for the time being, be asked to quarantine.”

The four patients were all foreign citizens, the hospital said, while declining to elaborate on their state of health or nationality.

During the cruise, passengers were frequently instructed to socially distance in order to reduce the risk of disease, said one passenger, Line Miriam Haugan, a former junior minister at Norway’s Ministry of Health.

“The crew observed us washing our hands and also took our temperatures,” Haugan told the Reuters news agency.

“When I learned of the outbreak, I immediately went for a test and will quarantine at least until I get the result,” she added.

The vessel was due to head to Spitzbergen on Friday afternoon but this trip has now been cancelled.

The ship’s operator and owner, Hurtigruten, which in March suspended most operations due to the pandemic, announced on July 7 it would gradually return all but two of its 16 vessels to service by the end of September, albeit with reduced capacity.

The Roald Amundsen had been on a week-long journey from Tromsoe to the Svalbard archipelago, half-way between Europe and the North Pole, and is scheduled to sail around the British Isles in September, docking at ports in England and Scotland.

In the early phase of the pandemic, thousands of passengers were stranded on cruise vessels in the waters of Asia, the United States and elsewhere, leading operators to cancel journeys and triggering mass layoffs by the industry.

The quiet undoing of the Zionist noise | Middle East

A delay in US 2020 election results does not mean fraud: Experts | USA News