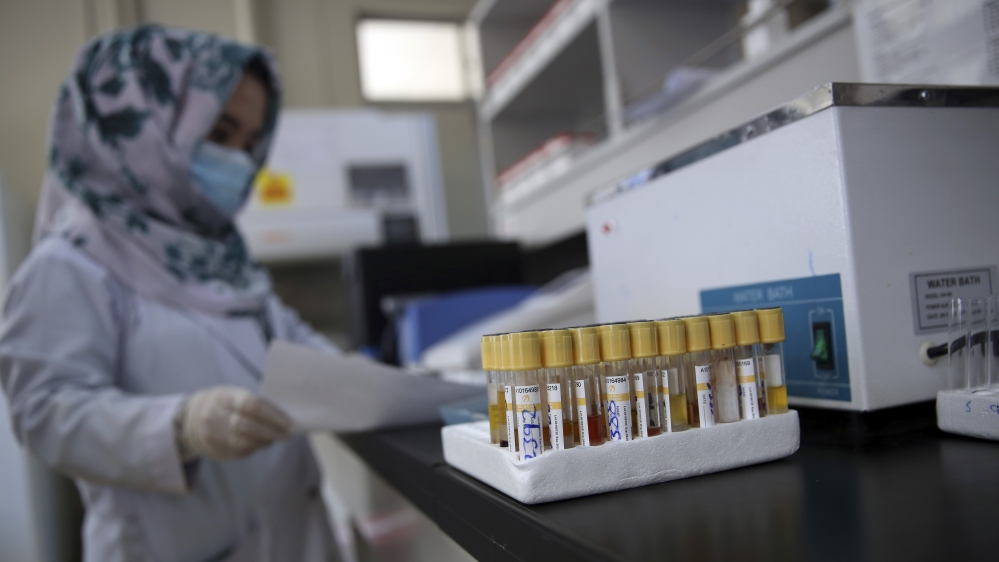 The coronavirus pandemic is pushing millions more Afghans into poverty, overwhelming the country’s basic healthcare system and causing food shortages, a US watchdog has said.

In its quarterly report (PDF) published on Thursday, the office of the Special Inspector General for Afghanistan Reconstruction (SIGAR) warned that Afghanistan, racked by years of fighting, was “headed for a humanitarian disaster” as the virus continues to spread.

“The economic shock of the pandemic, including increased unemployment, food-supply disruptions due to border closures, and rising food prices, has exacerbated Afghans’ food insecurity, already impacted by the ongoing conflict and high poverty levels,” said SIGAR, which collates expert and media reports and conducts its own analysis.

As of Friday, Afghanistan has registered more than 36,500 coronavirus cases and 1,271 related deaths, according to data collected by the Johns Hopkins University. But the true toll of the virus is believed to be much higher, SIGAR said, pointing to research showing up to 90 percent of possible cases are not being tested.

Most of the cases are in urban areas, with the capital, Kabul, becoming the epicentre of the known infections.

Aid organisations say the country’s health system was already stretched even before the arrival of the novel coronavirus, with limited coverage in conflict-affected areas and poor specialised healthcare – and now, the pandemic is putting a further strain on resources.

“Afghanistan lacks the medical equipment necessary to treat patients diagnosed with COVID-19”, the SIGAR report said, noting only 300 ventilators were currently available across the country, with a severe shortage of oxygen supply in the capital.

SIGAR said Afghanistan had likely entered a recession because of the pandemic, with the economy projected to shrink by up to 10 percent in 2020.

About one-third of the country’s estimated 32.2 million people were either in a crisis or an emergency state of food insecurity, it added.

“Experts predict that an additional eight million people will fall into poverty, pushing the poverty rate from 55 percent to 80 percent,” the report stated.

Meanwhile, attacks and violence have continued across the country.

On Thursday, at least 17 people were killed in a car bomb explosion in Logar province, hours before a three-day ceasefire was to begin in the country for the Muslim festival of Eid al-Adha, officials said.

According to the United Nations, almost 1,300 civilians, including hundreds of children, have been killed in Afghanistan in the first six months of the year.

The Taliban has been running a bloody armed rebellion since it was toppled from power in a US-led invasion in 2001.

In February, the United States and the armed group signed an agreement in Qatar’s capital, Doha, laying out plans for the withdrawal of foreign forces from Afghanistan in exchange for security guarantees from the group.

The US-Taliban deal also paves the way for intra-Afghan peace talks, including an exchange of prisoners between the Afghan government and the Taliban.

On Friday, President Ashraf Ghani ordered the release of 500 Taliban prisoners as a goodwill gesture in response to Taliban’s Eid al-Adha ceasefire.

During a televised speech, Ghani said he had now released 4,600 Taliban prisoners out of the 5,000 pledged in the Doha agreement

“The fate of the remaining prisoners will be discussed and finalised during the negotiations,” Ghani added.

Ghani and the Taliban have both signalled that peace talks could begin straight after Eid, and there are widespread calls for the warring parties to extend the ceasefire.