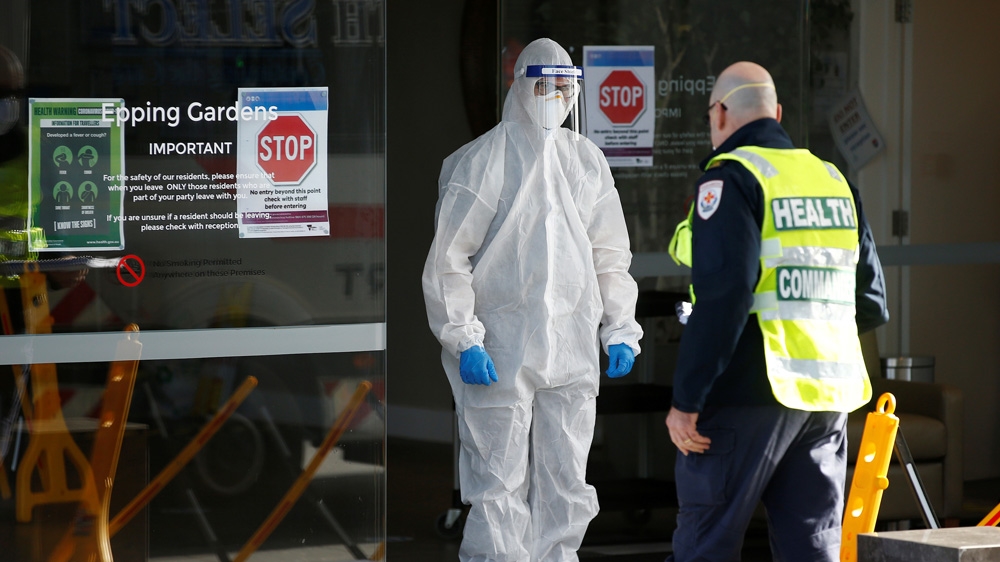 Australia’s Victoria state recorded its second-highest day of new coronavirus cases on Friday as it emerged that one in four people diagnosed with the disease could not be found at home, and the state’s leader flagged the prospect of more rigorous steps to curb the outbreak.

Victoria, whose capital Melbourne is midway through a reimposed six-week lockdown, reported 627 new cases on Friday, compared with 723 on Thursday. Eight people died, including two men in their 50s, down from a record 14 on Thursday.

The state now accounts for more than half of the 198 deaths in Australia and about 60 percent of the nation’s 16,900 cases. The majority of Victoria’s fresh cases are in Melbourne, Australia’s second-biggest city.

“It is clear to all of us that these numbers are still far too high,” Premier Daniel Andrews told a media conference.

“It may well be the case … that we need to take further steps. The data will tell us, the experts will tell us, what and if any next steps need to be.”

Australian Defence Force and health officials are knocking on the doors of every positive COVID-19 case in the state, but have found one in four people not at home where they are supposed to be isolating.

“If you have got this virus, you’ve got to stay at home,” Andrews said.

Premier says ADF and DHHS staff doorknocked almost 500 positive cases yesterday. More than 130 WERE NOT AT HOME! 😱 Will be referred to Victoria Police @9NewsMelb

Victoria, which is due to come out of lockdown on August 19, is embarking on detailed analysis of transmission trends that will guide any new restrictions.

“People continuing to move about in the community when they have symptoms or when they’ve been diagnosed with COVID-19 means new cases are likely to keep coming,” Philip Russo, Director of the Cabrini Monash University Department of Nursing Research and Brett Mitchell, Professor of Nursing at the University of Newcastle, wrote in the Conversation.

Prime Minister Scott Morrison acknowledged the larger spike in cases in Melbourne remained a challenge, but added he was confident a coronavirus flare-up in Sydney, the country’s biggest city, was under control.

“The level of community outbreak and community transmission in Victoria is the great challenge down there,” Morrison said on 2GB radio. “And there’s still a lot of work to do and we’re not on top of it yet.”

From 11:59pm 30 July, people in and around Geelong are not able to visit people at their homes or have visitors.

From Sunday at 11:59pm, all Victorians must wear a face covering outside home.

Morrison said New South Wales had contained the spread of the virus from outbreaks at pubs, restaurants and aged care homes around Sydney thanks to efficient contact tracing. The state recorded 21 new cases overnight.

“The key difference is that in New South Wales … there are no cases that have an unknown source. None,” he said, noting that Victoria has had around 50 cases a day with no known source.

Morrison urged Muslims who will be celebrating the Eid al-Adha festival starting on Friday to stay away from big gatherings.

“At times like this, it’s even more important that we don’t gather in those large groups, that as important as faith is, that we really do think of the health issues here,” he said.