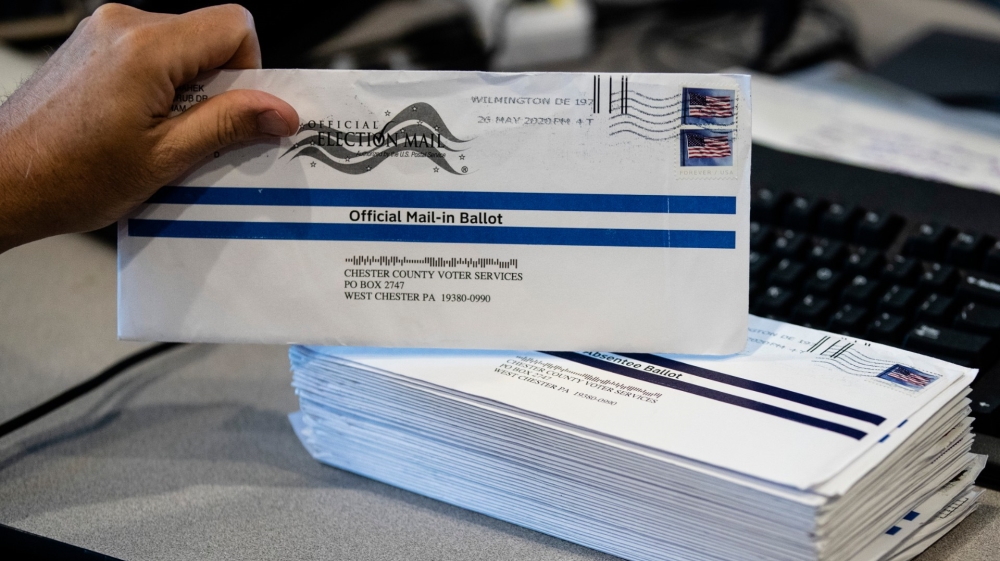 A shift to mail-in voting is increasing the chances that Americans will not know the winner of November’s presidential race on election night. But that does not mean the results will be flawed or fraudulent, as President Donald Trump suggested on Thursday.

Trump, seeking to already undermine the results of an election he could lose, demanded the winner of the November 3 contest be known that night.

“I don’t want to be waiting around for weeks and months and literally, potentially if you really did it right, years, because you’ll never know,” Trump told reporters.

The president has repeatedly raised unsubstantiated fears of fraud involving mail-in voting, which is expected to be more widely used in the November election out of concern for safety given the COVID-19 pandemic. On Thursday, as national and battleground state polls suggest Trump in political peril in his race against Democrat Joe Biden, he went even further, floating the idea of delaying the election until it could be conducted in person.

The prospect of a delayed election was rejected by fellow Republicans. Shifting Election Day is also virtually impossible for Trump on his own: The date, the Tuesday after the first Monday in November in every fourth year, is enshrined in federal law and would require an act of Congress to change.

What is more likely to be delayed is the result. State election officials in some key battleground states have warned it might take days to count the votes given what they expect will be a surge of ballots sent by mail. In an election as close as 2016′s, a delayed tally in key states could keep news organisations from calling a winner.

“It may be several days before we know the outcome of the election,” Jocelyn Benson, Michigan’s Democratic secretary of state, said in May. “We have to prepare for that now and accept that reality.”

Delayed results are common in a few states where elections are already conducted largely by mail. But a presidential election has not been left in limbo since 2000, when ballot irregularities in Florida led to weeks of chaos and court fights.

For some election experts and Democrats, the prospect of similar uncertainty is especially worrisome this year, given Trump’s frequent declarations that mail-in voting is fraudulent and a “threat” to his re-election. The president has also refused to commit to accepting the results of the election, saying it is too soon to make an ironclad guarantee.

Biden said he thinks Trump may use his office to intervene and predicted earlier this summer the president might try to delay the contest: “Mark my words, I think he is going to try to kick back the election somehow, come up with some rationale why it can’t be held.”

As voters look for a safer alternative to in-person voting, election officials from both parties have promoted mail-in and absentee voting options. Requests for mail ballots have surged in the primaries. Many states expect to be scrambling to process millions more in November.

While each state runs its own process, those mail ballots can take longer to count.

In some states, the ballots can be accepted several days after Election Day, as long as they are postmarked before polls closed. And while some states count the ballots as they come in, others – notably the critical battlegrounds of Michigan and Pennsylvania – have laws that forbid processing mail ballots until Election Day, guaranteeing the count will extend well past that night.

That does not mean The Associated Press news agency and other news organisations will not call a winner. The AP news agency regularly calls races before the official vote count is complete, using models based on partial results, past races and extensive polling.

But in particularly tight contests, the AP and other news organisations may hold off on declaring a winner. That could lead to a national roller coaster ride as the votes are counted.

In Arizona in 2018, for example, Republican Martha McSally was narrowly winning the initial tally of in-person votes and mail ballots that had arrived days before Election Day. More than a week later, after election officials were able to tally all the mail votes that arrived on Election Day, Democrat Kyrsten Sinema won the senatorial race by more than 2 percentage points.

Arizona has since changed its procedures to try to speed up the vote count.