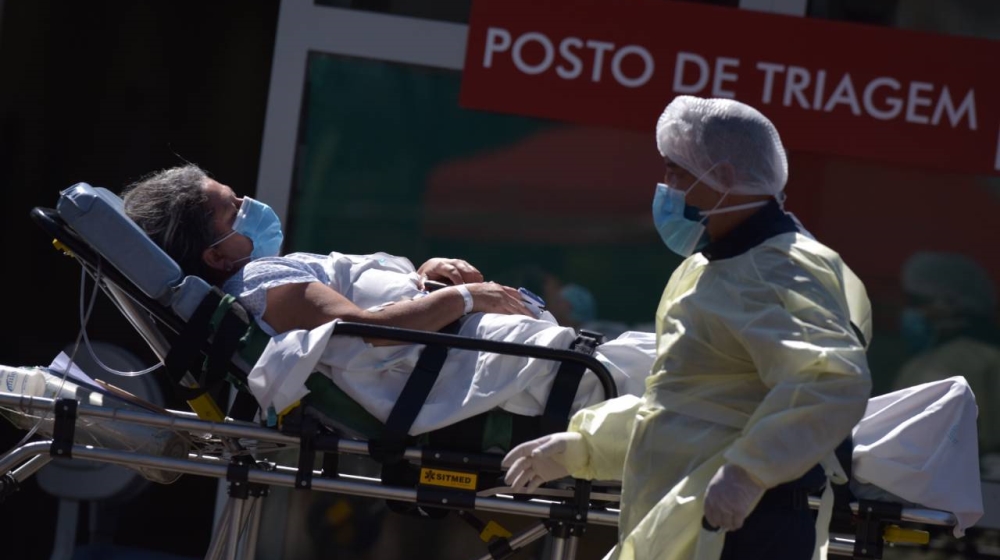 Brazil has set daily records for new coronavirus cases and related deaths with nearly 1,600 deaths on Wednesday and a government under President Jair Bolsonaro determined to ease lockdowns designed to quell the outbreak.

Brazil is second only to the United States in the number of cases and deaths confirmed from the coronavirus.

The 69,074 new confirmed cases and 1,595 additional deaths reported by the Health Ministry pushed the country past 2.5 million cases and a death toll in excess of 90,000 people.

The rise in deaths, however, was partly due to the country’s most populous state, Sau Paulo, reporting the number of deaths from two days rather than one.

Brazil’s previous record death toll for a single day was set on June 4, when 1,473 fatalities were reported. Deaths have been ticking upwards for five straight weeks as the coronavirus has spread into new regions, with deaths averaging more than 1,000 each day.

Authorities say Sao Paulo did not report COVID-19 deaths on Tuesday because of a counting glitch. As a result, the 713 deaths it confirmed on Wednesday included two days of deaths. The state also reported 26,000 new cases.

President Jair Bolsonaro has fought against restrictions on economic activity, and the disease has advanced as governors and mayors have yielded to the pressure from Brasilia.

In some cases, Brazilians have packed into bars and crowded public squares without masks, often in defiance of local rules.

Last week, Brazil recorded 7,677 deaths from COVID-19, the most fatalities in any week since the pandemic began, despite repeated claims that the outbreak had peaked.

“Brazil is experiencing the worst phase of the pandemic,” said Alexandre Naime, head of the department of infectious diseases at Sao Paulo State University.

“Paradoxically, public policy and personal behaviour are going in the opposite direction, as if we are not living through a daily tragedy,” he added.

Bolsonaro’s government announced on Wednesday that it would lift a ban on foreign travellers flying into the country that was imposed in March so long as they have health insurance coverage for their trip.

New hotspots are also appearing across the country.

While Sao Paulo and neighbouring Rio de Janeiro were hit first by the virus, health officials have expressed rising concern over outbreaks in the centre-west and far south of the country as winter arrives.

“We present national data but it’s like we have (multiple) COVID-19 pandemics with different regions of the country behaving differently,” health vigilance secretary Arnaldo Correia de Medeiros said in a televised press briefing.

The scale of the outbreak hs turned Brazil into a global testing ground for drug companies to test potential vaccines.

A Brazilian research institute on Wednesday said it had reached an agreement with China’s Sinopharm to start what would be the fourth major trial of a potential vaccine in the country.

Bolsonaro himself has flouted social distancing guidelines by joining supporters at rallies around Brasilia, the capital, in recent months. He fell ill with coronavirus this month, and spent weeks in partial isolation before recovering.

The right-wing populist has argued that the economic damage from lockdowns is worse than the disease itself, which he has played down as “a little flu” that can be cured by unproven treatments, involving the anti-malarial drug hydroxychloroquine.

French Language Lessons to be Expanded in Uganda