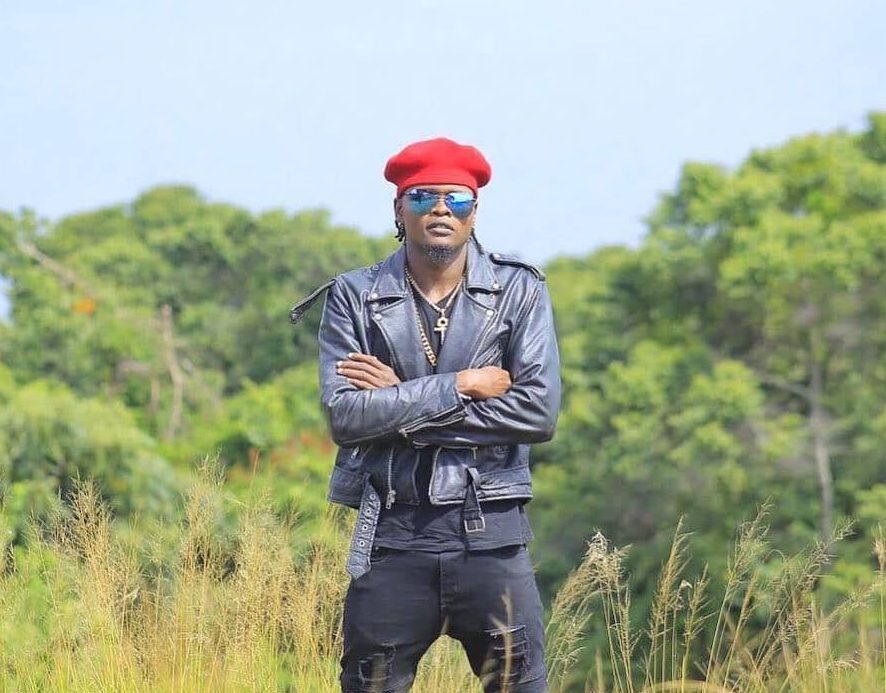 Uganda Police has finally spoken out following claims by Team Good Music singer Pallaso in which he accused armed security officers for trying to unlawfully and forcefully arrest him.

Pallaso recorded a video on Wednesday night as armed Police Officers raided his home. He revealed that they tried to arrest him citing that he had breached curfew guidelines and was playing loud music.

The attempted arrest was fruitless as the self-styled Sucker Free Boss overpowered the officers, wrestled them down and escaped with the handcuffs that had already been fixed on one of his hands.

In a statement reportedly made by Kampala Metropolitan Police Spokesperson Luke Owoyesigyire, Police in Makindye received a disturbance call from residents of Luwafu zone, that a group of unruly people had gathered Pallaso’s home at around 12:46am.

Police then responded and found a group of over 30 people gathered at Pallaso’s home, playing loud music, drinking and not following the safety guidelines issued by the Ministry of Health on curfew and public gatherings.

When Pallaso and his group were advised to reduce the volume of the music and to respect the set guidelines, they became violent which prompted the police to arrest Pallaso and his brother Kasozi Henry.

Pallaso, however, whisked away with police handcuffs and he is wanted on charges of escaping from Lawful custody and obstruction.

“Police has preferred to investigate allegations of Obstruction , inciting Violence and doing a negligent act act likely to spread an infection of a disease,” revealed Luke Owyesigyire.

Related Story: Pallaso makes off with Police handcuffs after bullets are fired at his home (VIDEO)

Museveni Appoints Kamuntu,Saleh as Part of a 14 Member Team on the NRM 2021-2026 Manifesto 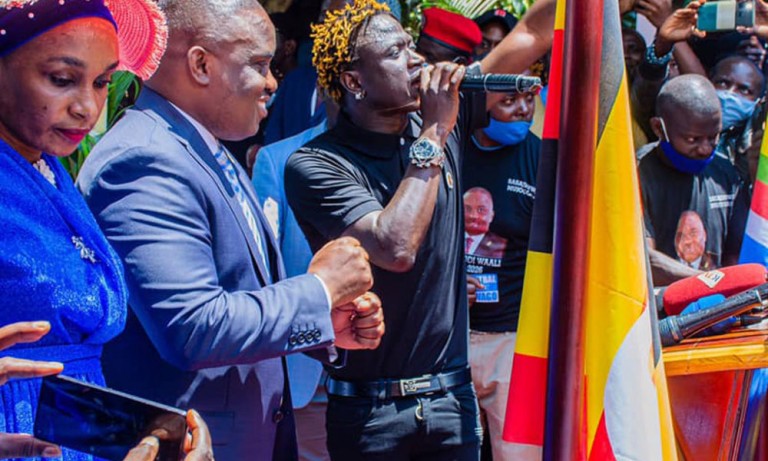 A few days ago, Gravity Omutujju was among the musicians that backed singer Jose Chameleon as he unveiled his Manifesto to fellow musicians at his Balintuma Road-based office.

However, the “embuzi zakutudde” has crossed over and backed Jose Chameleone’s competitor Erias Lukwago. 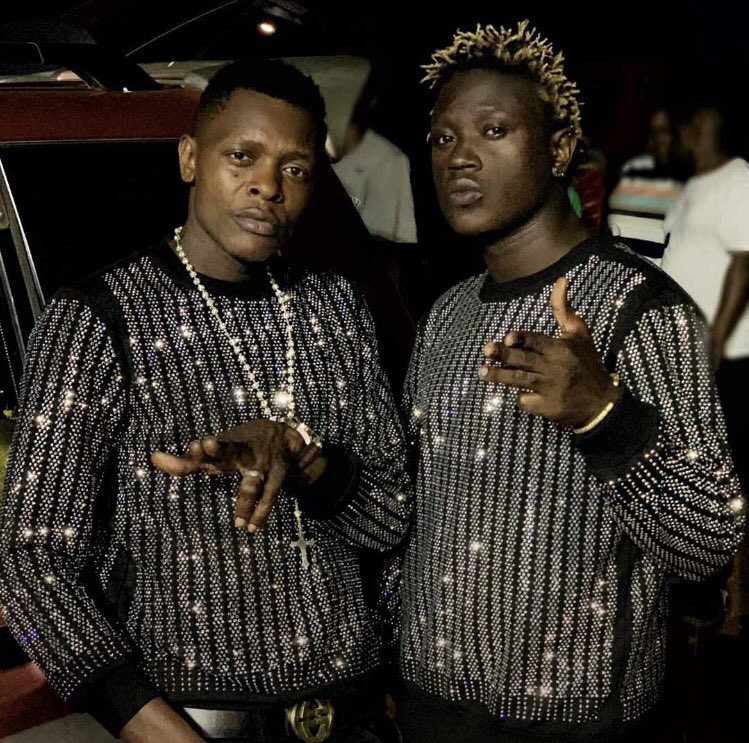 According to Gravity, he will campaign and vote for Erias Lukwago come 2021 simply because he is her mother’s favourite and he, therefore, has an unending love for him.

The rapper went ahead to trash the other people in the race, NRM’s Ragga Dee and NUP’s Ssebagala Latif by saying they don’t have the capabilities. 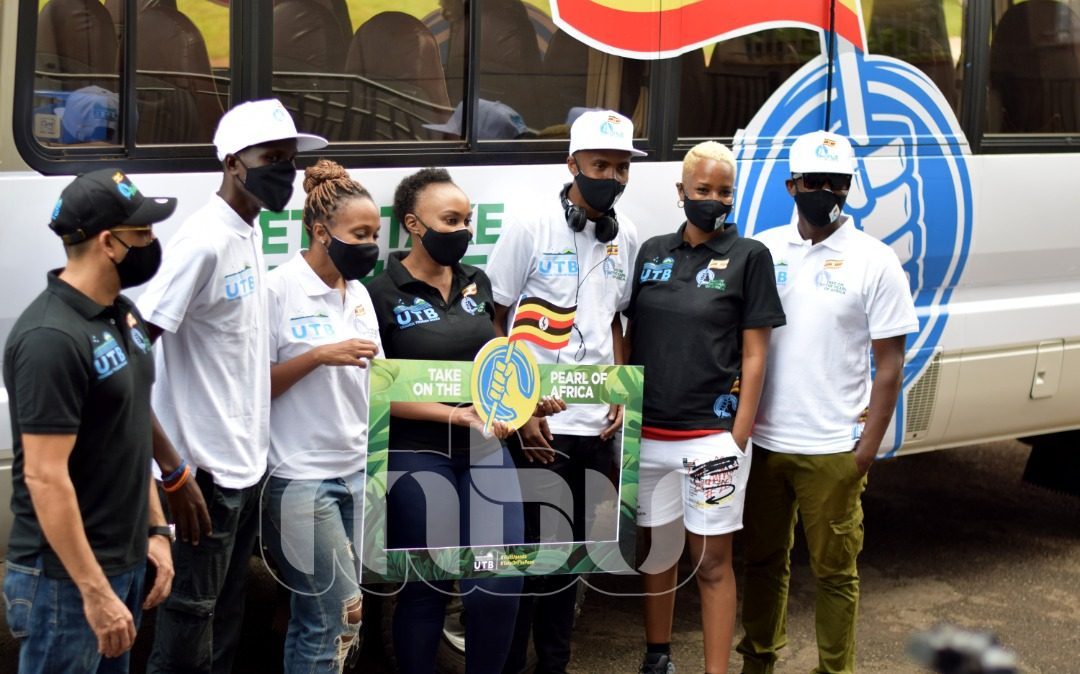 The Uganda Tourism Board (UTB) flagged off Dominic Tugume who emerged out the first lucky winner in the “Take on the Pearl of Africa” digital led domestic tourism campaign to Mbale, Eastern Uganda.

Launched a week ago, the “Take on the Pearl of Africa” domestic tourism campaign witnessed Dominic emerge as first winner on Tuesday. He will be exploring Uganda’s beauty in the Eastern part of the Country throughout this weekend starting Friday till Sunday.

Excited Tugume won his maiden trip after observing all protocol directed to be followed as a rare photo of Sipi Falls -the first tourist attraction was posted on Uganda Tourism Board Social Media platforms following last week’s earlier stated terms and conditions participants were entitled to follow for a chance to win a trip to the Country’s prized tourism sites and attractions while they leverage on the opportunity presented by the Covid-19 pandemic.

This week’s first solo winner will traverse tourism sites and attractions in Eastern Uganda as these will include Sipi Falls in Kapchorwa and those surrounding Mbale City in the company of Ugandan Celebrities including city Comedian Alex Muhangi of Comedy Store Uganda and Radio Personality and Actress Cleopatra Koheirwe and Model, Natasha Sinayobye.

Speaking at the flag off ceremony, UTB Marketing Manager – Claire Mugabi noted that the campaign is aimed at reviving Uganda’s tourism sector through promotion of domestic tourism so as to encourage many Ugandans to visit the country’s prized tourism sites and attractions that are situated in the different parts of the country.

“I am immensely dominated by excitement being the first winner for UTB’s Digital led domestic tourism campaign. I am really ready to take on the pearl and being a resident of Kampala who had no chance to travel for adventures given the costs and the Covid- 19 situation that confined us in Kampala alone, here comes the opportunity I have always wanted to travel upcountry for a memory lane excursion,” said Dominic Tugume.

However, all participants opting to take part in the domestic tourism campaign are urged to keenly follow the dynamics of the challenge for a chance to win part of the 8 trips across Uganda as 2 lucky winners will be selected every Tuesday of the week for travel between Friday to Sunday starting this September till November.

How to take part in the campaign: 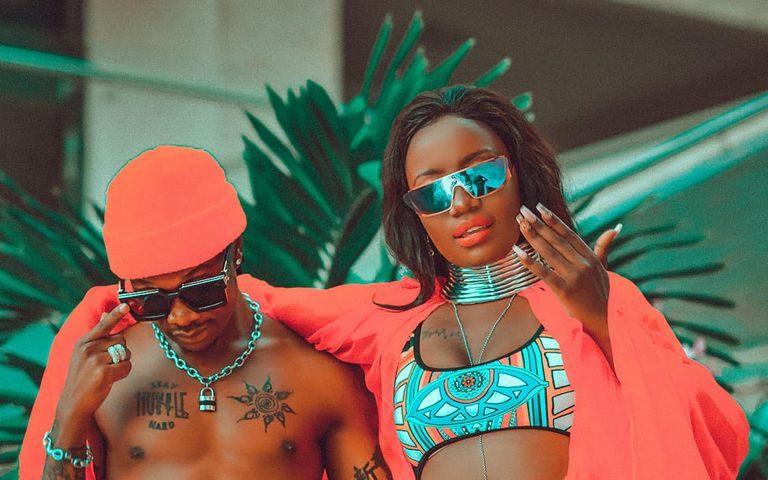 According to a phone call interview that was conducted between Spark TV and the producer, he was heard asserting how he demands the pair about Shs 700,000 for audio production.

I demand Fik Fameica and Lydia Jazmine my money for audio production of their new collaboration song “Binji”. The actual amount I demand both artists is between Shs 700,000 and 800,000.

He further explained he gave the artists the song before clearing his payments because they had promised to pay soon, but the promised duration elapsed long ago.

Cmert Keyz added that this wasn’t the first time he was working for Fik Fameica, but also recalled that when he recorded his collabo “Gwe Abisobola” with Byax, his payments delayed and wasn’t cleared all as they had agreed.