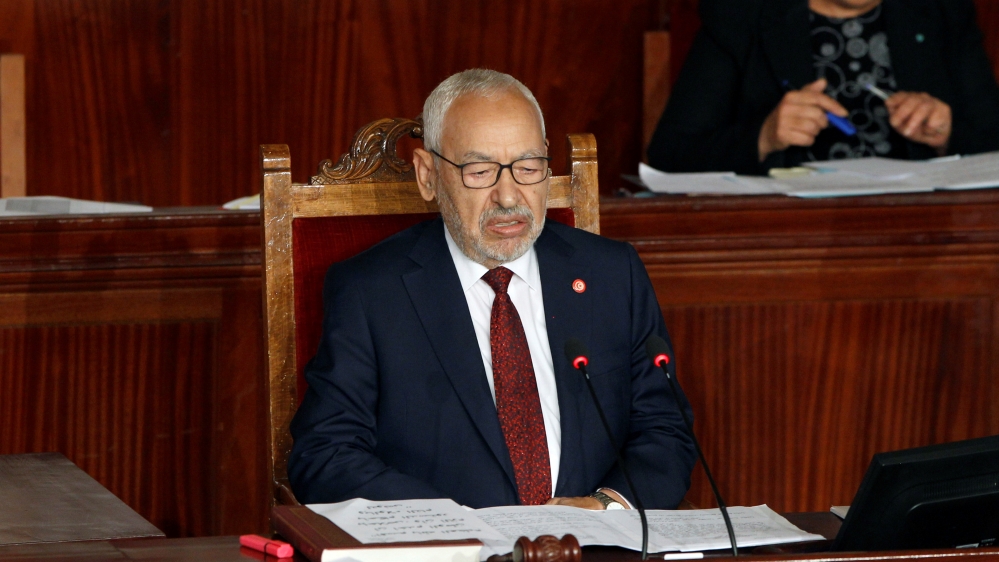 Tunisia’s parliament speaker has narrowly survived a confidence vote, but his slim margin of victory may only deepen the country’s political divisions after the resignation of the prime minister.

Some 97 members of Parliament on Thursday voted against Rached Ghannouchi, veteran leader of the Ennahdha party, falling short of the 109 needed to overthrow him.

However, with Ennahdha and the conservative Karama party boycotting the vote to show their opposition to the motion, only 16 members of Parliament gave him formal support.

Ghannouchi’s narrow margin of victory may indicate that Ennahdha will now face fiercer opposition in Parliament from parties that voted against him, potentially complicating efforts to agree on a new government.

The vote comes two weeks after Tunisia’s government collapsed less than five months into its term, following corruption allegations against the prime minister, which he denied.

Both the confidence vote in Ghannouchi and the collapse of the short-lived government stem from an election last year that produced a deeply fragmented Parliament in which Ennahdha, as the biggest party, won only a quarter of the seats.

President Kais Saied, a political independent who won a separate election in a landslide last year, has nominated a new candidate for prime minister who must now propose a government that can win majority support in the divided parliament.

On Saturday Tunisia’s interior minister Hichem Mechichi was appointed to form the next government, the president’s office said. The 46-year-old lawyer succeeds Elyes Fakhfakh, who resigned as prime minister earlier this month.

He now has a month to form a government, which will then face a parliamentary vote of confidence and will need an absolute majority to succeed. Failing that, Parliament will be dissolved and new elections will be held within three months.

Fakhfakh resigned after just five months in office, amid a political scandal that saw critics, including Ennahdha, accuse the head of government of abusing his authority for personal gain.

The political crisis has come at a difficult moment for Tunisia, where the global pandemic has crashed the economy just as the government was seeking to agree on reforms aimed at reducing public debt while boosting growth and creating jobs.