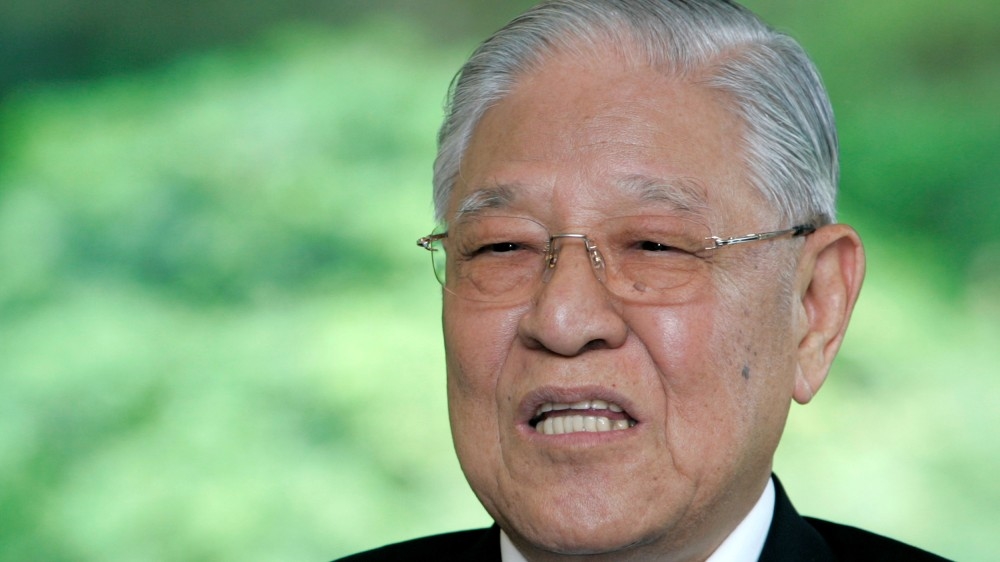 Lee was diagnosed with pneumonia in February and had been intubated since then. Taipei Veterans General Hospital confirmed his death at 7:24pm local time (11:24 GMT) on Thursday.

Lee served as Taiwan’s first democratically elected president in 1996, after a landslide victory that followed eight months of intimidating war games and missile tests by China in waters around the self-governed island.

The physically imposing and charismatic leader thrived on defying China’s drive to absorb the island it regards as a wayward province and hoped for Taiwan to be “a country of democracy, freedom, human rights and dignity”.

“A leader must be tough and strong enough so he can put an end to disputes and chaotic situations,” he wrote in his autobiography.

As the 1st democratically-elected President of Taiwan, Lee Teng-hui 李登輝 played a key role in Taiwan’s democratisation and demonstrated remarkable leadership during an era of upheaval. His legacy will continue to inspire us, I send my most heartfelt condolences to his family. pic.twitter.com/ojSlO5QcI2

The government of Taiwan, formally the Republic of China, was established in 1949 by Chiang Kai-shek, after his Nationalist forces lost control of the mainland to Mao Zedong’s Communists and fled to the island, which lies some 180km (112 miles) across the Taiwan Strait off China’s southeast coast.

Lee’s tough language towards mainland China resonated with many of Taiwan‘s 23 million people. A native to the island, he once described Taiwan-China ties as a “special state-to-state relationship”, infuriating Beijing. He also sought to snap cultural links in favour of a distinct Taiwanese identity.

In 1996, Lee offered to make a “journey of peace” to mainland China. But Beijing branded him a “splittist” bent on turning Taiwan’s self-governance into fully-fledged independence, and said he should be tossed into the “dustbin of history”.

Illness in Lee’s later years prompted him to largely withdraw from public life.

Lee was born on January 15, 1923, in a village in northern Taiwan where his family owned a small rice and tea farm.

His education under Japanese colonial rule before 1945 drew him to Japan’s culture and he was a fluent Japanese speaker. He briefly served in the imperial Japanese army, staying on after its World War II surrender to study at university in Kyoto.

He later studied at the elite National Taiwan University and in the United States at the universities of Iowa State and Cornell, where he earned a doctorate in agricultural economics.

His June 1995 trip to a Cornell reunion angered Beijing into briefly downgrading ties with Washington and freezing what had been warming semi-official talks with Taipei.

Lee was a Presbyterian, and an accomplished violinist, golfer and Chinese chess player. He married childhood friend Tseng Wen-hui and had two daughters and a son, who died of cancer in 1982.