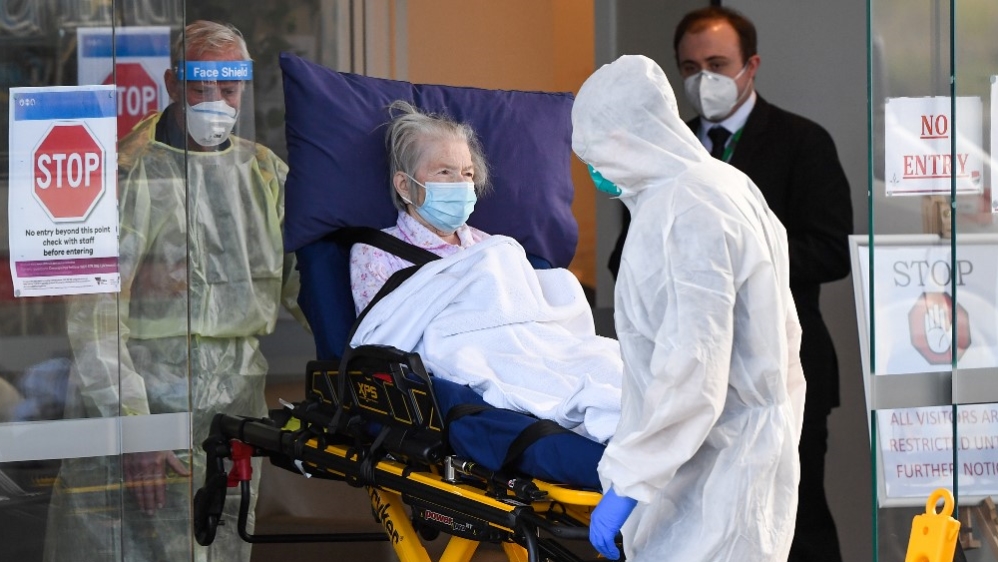 Australia on Thursday reported a record number of new coronavirus infections and deaths, logging at least 13 new deaths, most of them at elderly care homes in southeastern Victoria state, where the government has ordered all residents to wear face masks outdoors.

Some 723 positive cases were reported in the last 24 hours, well beyond the previous nationwide record of 549 cases set on Monday.

The surge in new infections and deaths come despite a strict three-week lockdown in Victoria’s capital, Melbourne, the epicentre of the pandemic’s second wave in Australia. The Melbourne outbreak has sparked new clusters of infections in other regions, including in Sydney in the neighbouring state of New South Wales (NSW).

“Today is not a good day,” Victoria’s Premier Daniel Andrews said in a statement. “And, as the numbers show, the virus does not discriminate. It rips through workplaces, sweeps through aged-care settings, cuts through communities – and tragically takes lives with it as it goes.”

In addition to requiring Victoria’s more than 6 million people to wear a mask when outdoors from Monday, Andrews also extended physical distancing restrictions, with residents in communities southwest of Melbourne no longer allowed to have visitors to their homes from Thursday.

Cafes, pubs and restaurants would be allowed to stay open, however, because these were controlled environments where physical distancing rules could be enforced.

“Having friends over to your house is not a controlled environment,” Andrews said.

While the latest spike in cases was concerning, the premier said the majority of them were at known hotspots such as homes for the elderly, and the number of untraceable infections was “much smaller”.

Most of those who died were over the age of 70.

At one of the worst-hit facilities, Epping Gardens, an ambulance was seen on Wednesday taking away the body of one of the deceased residents, while health workers stretchered other masked residents to waiting ambulances for transfer to hospital.

James Trauer, head of the Epidemiological Modelling Unit for the School of Public Health and Preventive Medicine at Monash University, said he expected to see more infections and possibly more deaths among residents at care homes.

“The considerable number of homes that have been affected in Melbourne is a grave cause for concern because there will be a lag between when the cases occur and when the deaths occur. So, we can expect more patients from these facilities to be admitted to hospital and potentially have bad outcomes in the coming weeks,” he told Al Jazeera from Melbourne.

Trauer said staff at elderly care facilities might be responsible for the outbreaks there.

“The nature of employment of the staff who work in nursing homes often means that they are actually employed in multiple homes, so the staff can spread the infections from place to place.”

“We’ve now been in this lockdown (in Melbourne) for some weeks, and we are not getting the results we would hope for, and as a result, the further measures that are taken are certainly necessary,” Morrison told reporters in Canberra.

“On some days the virus wins, on other days we beat it. But I think we’ve got to be careful not to slip into some idea that there’s some golden immunity that Australia has in relation to this virus.”

Morrison said further restrictions on movement would deal a blow to the economy which is already in its first recession for 30 years, but added that failure to control the latest outbreaks would do more economic harm in the long run.

The country has confirmed a total of 16,298 cases since the pandemic began.

Northeastern Queensland state, which had effectively eliminated the virus, said it had found three new cases, two of whom were believed to have contracted COVID-19 while in Sydney, the capital of NSW. Queensland closed its borders to people from Sydney on Wednesday.