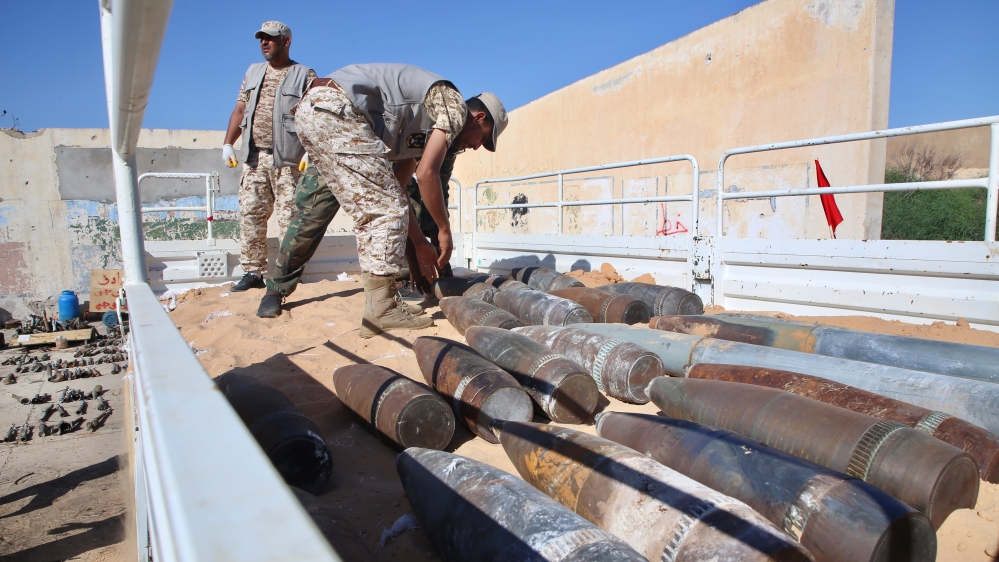 More than 100 civilians including children were killed by ground fighting, explosive remnants and air raids in Libya between April and June, according to the United Nations.

The figure is an increase of 65 percent from the first three months of the year, the UN Support Mission in Libya (UNSMIL) said on Wednesday.

The second quarter of the year also saw the number of wounded civilians jump to 252, an increase of 276 percent.

UNSMIL’s report said most of the casualties – both those killed and wounded – were in western Libya, the scene of intense fighting after the eastern-based forces of renegade military commander Khalifa Haftar launched in April last year an offensive to seize the capital, Tripoli, from the internationally recognised Government of National Accord (GNA).

But Haftar’s 14-month campaign collapsed last month when the GNA forces, with Turkish support, gained the upper hand, driving his forces from the outskirts of Tripoli and other western towns. The GNA’s military success depended partly on Turkish-supplied drones that pushed back Haftar’s self-styled Libyan National Army (LNA) from Libya’s skies.

Oil-rich Libya was plunged into chaos when a NATO-backed uprising in 2011 overthrew longtime ruler Muammar Gaddafi, who was later killed. The country has since split between rival east- and west-based administrations, each backed by militias and foreign governments.

While the GNA is supported by Turkey, Haftar’s LNA is backed by Egypt, the United Arab Emirates and Russia.

Between April and June, UNSMIL said, it had documented the deaths of 85 non-combatants and more than 230 wounded in western Libya, or 89 percent of the total civilian causalities. At least 22 were killed and a dozen wounded in central Libya, while only two were wounded in the eastern side of the county, it said.

Haftar’s forces were responsible for 80 percent of the casualties, or 75 dead and 212 wounded, the report said. The GNA-allied forces killed about three dozen civilians and wounded some 50 others, it said.

The remaining civilian casualties could not be attributed to a specific party to the conflict.

Ground fighting killed 69 civilians and wounded 195, while more than two dozen people were killed and at least 14 wounded by air raids, the report said.

As Haftar’s forces withdrew from Tripoli’s southern suburbs last month, they left behind mines and improvised explosive devices and booby traps that killed two civilians and wounded 41, the report added.

It also documented nine attacks on schools, nine assaults on healthcare facilities and one attack on an ambulance during the second quarter. The mission blamed Haftar’s forces for seven of those attacks.

Tripoli’s Khadra hospital, which was designated to receive patients infected with COVID-19, the disease caused by the new coronavirus, was hit on four different occasions by rockets, according to the report.

The UN mission also reported that drone attacks in support of the GNA on the western town of Qasr Bin Ghashir on June 3 killed 17 civilians, including four children. The attacks also wounded 14 civilians, some of them severely.

In recent weeks, the GNA forces have pressed towards the strategic city of Sirte, the birthplace of Gaddafi located 450km (280 miles) east of Tripoli. The GNA has pledged to retake the coastal city along with the inland al-Jufra airbase.

Seizing Sirte would open the door for the GNA’s forces to advance even further eastward and potentially take vital oil installations, terminals and fields now under Haftar’s control.

Amid rising tensions, neighbouring Egypt has threatened to send troops into Libya if the Turkish-backed GNA forces try to seize Sirte. Last week, the Egyptian parliament gave a green light for possible military intervention, a potential major escalation that would further destabilise Libya.