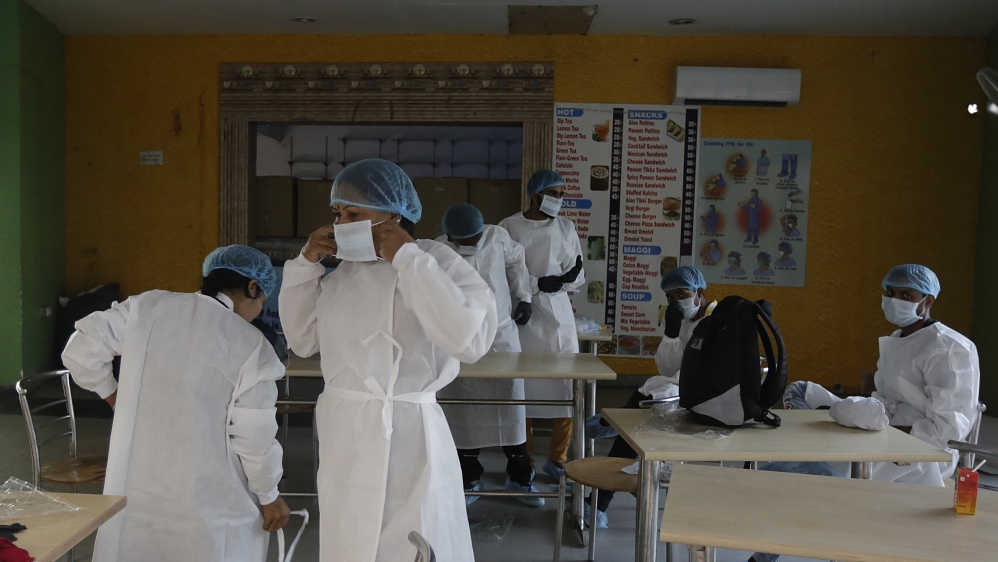 An Indian businessman who recently recovered from coronavirus has converted his office premises into an 85-bed facility to provide free treatment to the poor.

With public hospitals struggling to cope amid an influx of patients, Kadar Shaikh spent 20 days in a private clinic last month in the western city of Surat – and was horrified by the bill.

“The cost of treatment at a private hospital was huge. How could poor people afford such treatment?” the property developer, told AFP news agency.

“So, I decided to do something and contribute in the fight against the deadly virus.”

The government will provide and pay for the staff, medical equipment and medicine, while Shaikh has bought the beds and bears the cost of bed linens and electricity.

Anyone can be admitted, he said, regardless of “caste, creed or religion”.

The coronavirus pandemic is fast-rising in the world’s second-most populous nation, with the number of infections passing 1.5 million on Wednesday, just 12 days after reaching one million.

The South Asian nation, home to some of the world’s most crowded cities and where healthcare spending per capita is among the world’s lowest, has also recorded almost 35,000 related deaths. More than one million people have so far recovered.

Many experts, however, say India is not testing enough people, and that many coronavirus-linked deaths are not being recorded as such.

A study released on Tuesday that tested for coronavirus antibodies reported that some 57 percent of people in Mumbai’s densely-populated settlements have had the infection – far more than what official data suggests.

India now has the third-highest number of cases in the world behind the United States and Brazil, although the official number of deaths in the South Asian nation is far lower.

Even as the number of cases soars and more areas impose lockdowns, Prime Minister Narendra Modi said this week India was in a “better position than other countries” and winning international praise.