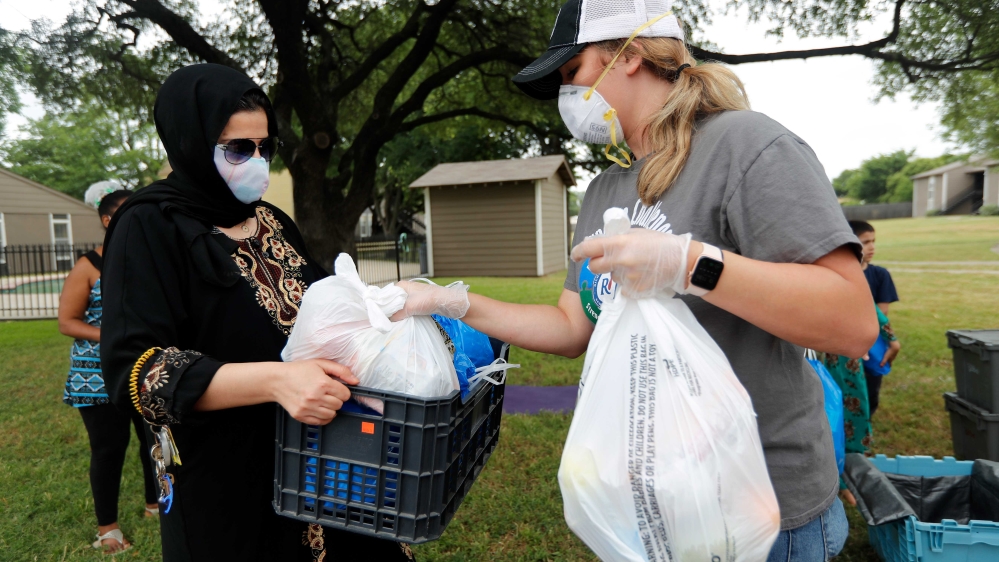 A high-profile coalition of educators, activists and philanthropists – including the American Federation of Teachers, the NAACP and the charity World Central Kitchen – is urging Congress to extend and expand emergency provisions that allow school districts nationwide to feed millions of children during the coronavirus pandemic.

“We are urging you to rapidly pass legislation to address the nation’s hunger crisis,” the group writes in a letter. “This is a national humanitarian crisis that requires immediate action and innovation across several fronts.”

The July 6 letter is addressed to House Speaker Nancy Pelosi, Senate Majority Leader Mitch McConnell, Senate Democratic leader Chuck Schumer and House GOP leader Kevin McCarthy. It was given to The Associated Press on Thursday in an attempt to apply pressure on lawmakers for action on the HEROES Act.

Randi Weingarten, president of the American Federation of Teachers, which represents 1.7 million school employees, told the AP she and the signatories are hoping for immediate help and a long-term, structural rethinking of food in America.

“In a terrible pandemic with terrible unemployment, with terrible food insecurity, why are we not doing more?” she asked. “It really is reimagining our public assets, our public institutions, to be a real safety net for people.”

Another signatory, chef Jose Andres, founder of World Central Kitchen, which has distributed 35 million meals since the pandemic began, said: “We need to go bold. If we don’t go bold now, when?”

The pandemic has killed more than 150,000 people in the United States, according to figures compiled by Johns Hopkins University. It has closed schools and businesses and devastated the economy, costing tens of millions of people their jobs. President Donald Trump has pushed for schools to reopen – even threatening to withhold federal funds from districts that remain closed – despite health officials’ concerns about spreading the deadly virus.

During the pandemic, the US Department of Agriculture has issued a series of waivers to make it easier for schools and community organisations to serve free meals through federal nutrition programmes. These waivers have allowed for a variety of innovative strategies, such as drive-through pick-up of children’s meals by adults, lifting area eligibility rules to reach more families and distributing multiple days’ meals at once.

The group is pushing the Republican-led Senate and Trump to adopt the HEROES Act, which extends unemployment benefits to some workers and expands the rules under which school districts can distribute food during emergencies. The measure has already been passed by the Democratic-led House.

The coalition also is seeking a 15 percent increase in food stamp assistance, also known as SNAP, and an extension of the programme that allows children who are eligible for free or reduced-price meals at school to get extra food benefits.

The letter was signed by a broad coalition of advocates and social groups, including the Hispanic Federation, the National Immigration Law Center, the Emerson Collective, Share Our Strength and Hunger Free America. 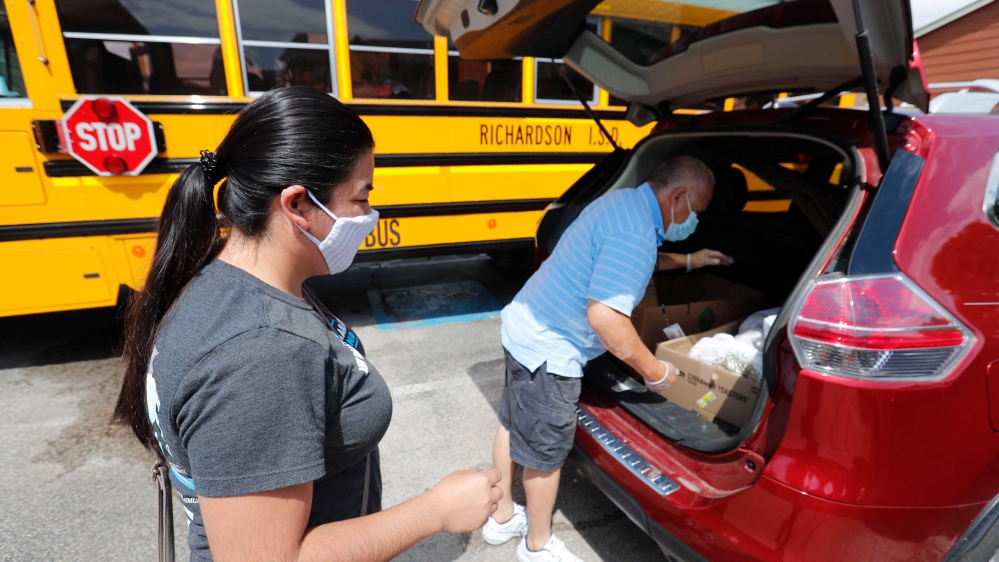 A family picking up school lunches served out of a school bus at an apartment complex in Dallas, Texas [AP Photo/LM Otero]

The coalition’s letter points out that six in 10 students in California and Kentucky are eligible for federally subsidised meals, while in New York the number is just under half of all students. Pelosi and McCarthy represent California, McConnell represents Kentucky and Schumer is from New York.

Andres told the AP he hopes $900m can be set aside for school meals and waivers can be extended for poor families. But he also argued that money needs to be invested long term in farmers to bring them into the equation.

“I don’t think we want to see images of an America with long lines of cars waiting for their weekly box of vegetables and fruits. This shouldn’t be happening,” he said. “Let’s try a 360-degree, three-dimensional approach.”

The coalition said it believes that schools – with often the biggest kitchen in the neighbourhood – should be transformed into community kitchens during moments of crisis.

“There’s so much food insecurity in the country right now, why can’t we more robustly use school kitchens in conjunction with restaurants and other places?” Weingarten asked.

Andres said school meals should not be political. “There are hungry children in red and blue states,” he said. But he specifically called out McConnell for not tackling food issues in the Senate or his own state. “I’m expecting better from a leader like him,” Andres said.

In response, a representative for McConnell said on Thursday the senator was proud to have to helped shepherd $25bn in food assistance into law earlier this year as part of the CARES Act. The representative also pointed to comments McConnell made to PBS on Wednesday in which he said making sure children are well-fed is “extremely important”.