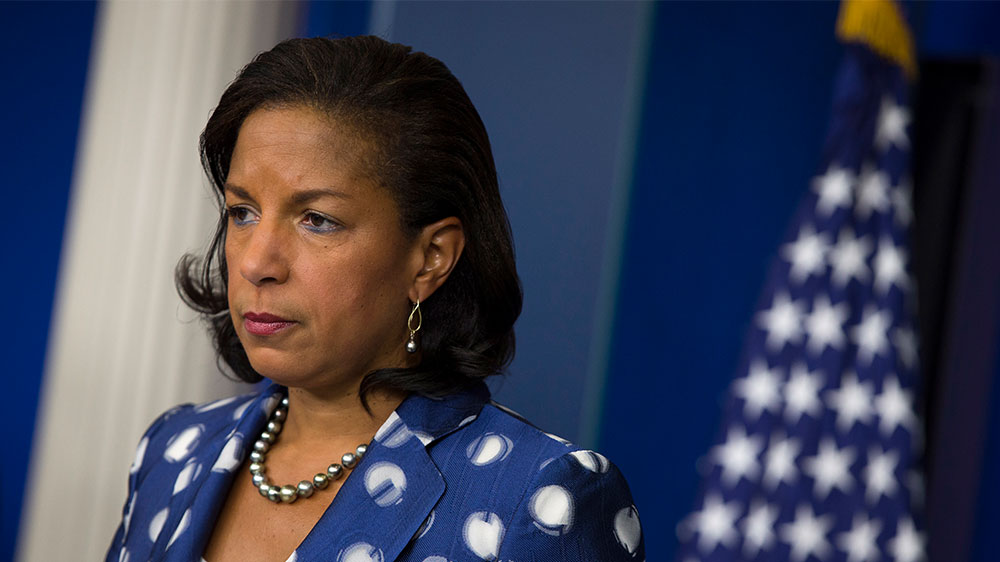 The scramble to secure the number two spot on the Democratic presidential ticket kicked into high gear on Wednesday in the United States, just a day after the presumptive nominee at the top of the ticket, Joe Biden, promised to announce his pick next week.

Former National Security Adviser Susan Rice, said to be on Biden’s shortlist to be his running mate, appeared on television and harshly criticised President Donald Trump for failing to question Russian leader Vladimir Putin about reports Moscow paid bounties for the killing of US troops.

“He is absolutely a failure as our commander-in-chief,” Rice said in an appearance on ABC’s The View. “He has got some very bizarre, very inexplicable reason for always giving Putin the benefit of the doubt.”

Biden, who leads Trump in opinion polls ahead of the November 3 election, has been increasingly expected to pick a woman of colour as the nation reels from protests over racial injustice.

While Rice is viewed as a serious contender for the number two spot on the ticket, the favourite is considered to be Senator Kamala Harris of California, who battled Biden for the Democratic presidential nomination. Congresswoman Karen Bass, the chairwoman of the Congressional Black Caucus, is also said to be in consideration, as are Florida US Congresswoman Val Demings and Illinois US Senator Tammy Duckworth.

Former Obama national security adviser @AmbassadorRice to @TheView: “We prepared the [Trump] administration with a pandemic for dummies playbook… So the fault here, the tragic loss of 150,000 Americans and counting, is on Donald Trump and his gross mishandling of this pandemic.” pic.twitter.com/4pK0zHTwww

Reports on Wednesday said that some of Biden’s supporters, including some of his biggest donors, have been waging a campaign against Harris behind the scenes for a month or more. Citing anonymous sources close to the candidate, CNBC reported that the supporters are still smarting from Harris’s attacks on Biden during the debates last year over his record on race relations.

The donors also expressed concern that Harris is too ambitious for the role and would spend much of her time positioning herself for a presidential bid in 2024.

“She would be running for president the day of the inauguration,” Joe Morgan, a Florida businessman, told CNBC. “For me, loyalty and friendship should mean something. But as [former President] Bill Clinton once told me, the number one cause of Alzheimer’s is ambition.”

Asked about Harris – the daughter of Jamaican and Indian immigrants – at the White House on Wednesday, Trump passed up a chance to attack the possible VP contender.

In her interview on ABC, Rice, who is Black, confirmed she was under consideration by the Biden campaign for the job, but did not say whether she had been interviewed.

Rice, 55, has never run for public office and if tapped by Biden, would be an untested presence on the campaign trail. But she had a solid working relationship with Biden when he served as President Barack Obama’s vice president. She was Obama’s national security adviser from 2013 to 2017.

Rice also criticised Trump for not committing to accept the results of November’s election. Democrats are increasingly concerned Trump will refuse to leave the White House even if defeated, and Rice said it would be important that Trump lose “decisively”.

“It has to be a resounding defeat,” she said.

Rice conceded that should she be chosen, her role in the aftermath of the 2012 attack on the US mission on Benghazi, Libya would likely become a campaign issue.

At the time, Rice, as US ambassador to the United Nations, was accused by Republicans of misleading the public about the nature of the attack. Congressional probes, however, found no wrongdoing on her part, and Rice on Wednesday defended her actions, calling Republican charges “dishonest”.

“I don’t doubt that the Republicans will use this and they’ll attack whoever is Joe Biden’s choice to be his vice president,” she said.