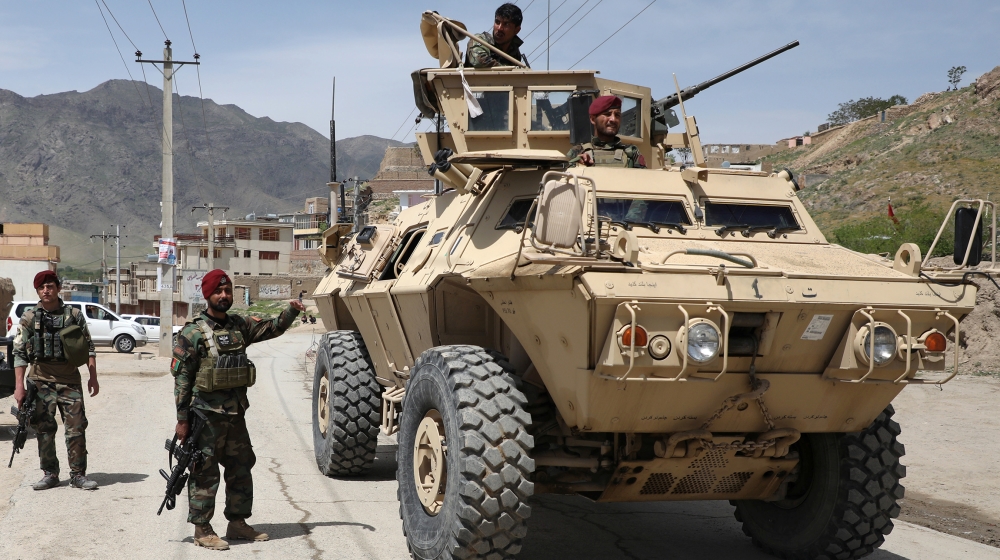 At least 17 people were killed in a car bomb explosion in an Afghan city on Thursday as crowds shopped for the Muslim festival of Eid al-Adha, officials and a medic said.

“Seventeen bodies and 21 wounded people were brought to our hospital,” Sediqullah, a senior doctor at a hospital in the city of Puli Alam in Logar province, told AFP news agency.

The bombing came hours before a three-day ceasefire was to begin in the country for the Muslim festival of Eid al-Adha, officials said.

“It was a suicide car bomb in a crowded place where our people were shopping for Eid al-Adha,” Dedar Lawang, spokesman for Logar’s governor, told AFP.

The ceasefire, announced by the Taliban, comes at a time when violence has risen across the war-torn country as US-brokered peace talks between the armed group and an Afghan government-mandated committee await the completion of a prisoner exchange between the two sides.

The Taliban denied responsibility for the bombing in a statement from spokesman Zabihullah Mujahid.

The explosion targeted Afghan security forces in Pul-e-Alan, the capital of the eastern province of Logar, and civilian casualties are also feared, according to Shahpoor Ahmadzai, the spokesman for the provincial police.

He added it was unclear whether it was a car or suicide bombing, but that security forces had gathered for duty in the city to prepare for security measures for Eid al-Adha, which will be celebrated in Afghanistan on Friday.

Since the US-Taliban agreement in February, 3,560 Afghan security forces personnel have been killed in attacks by fighters, according to Afghan President Ashraf Ghani.

The UN Assistance Mission in Afghanistan said in a report this week that more than 1,280 Afghan civilians had been killed in the first six months of the year, mainly as a result of fighting between Afghan government forces and the Taliban.

US Special Representative for Afghanistan Zalmay Khalilzad was in Kabul on Wednesday to discuss the need to keep violence down by all sides after the ceasefire and the completion of the prisoner exchange, according to a statement by the US embassy in Kabul.