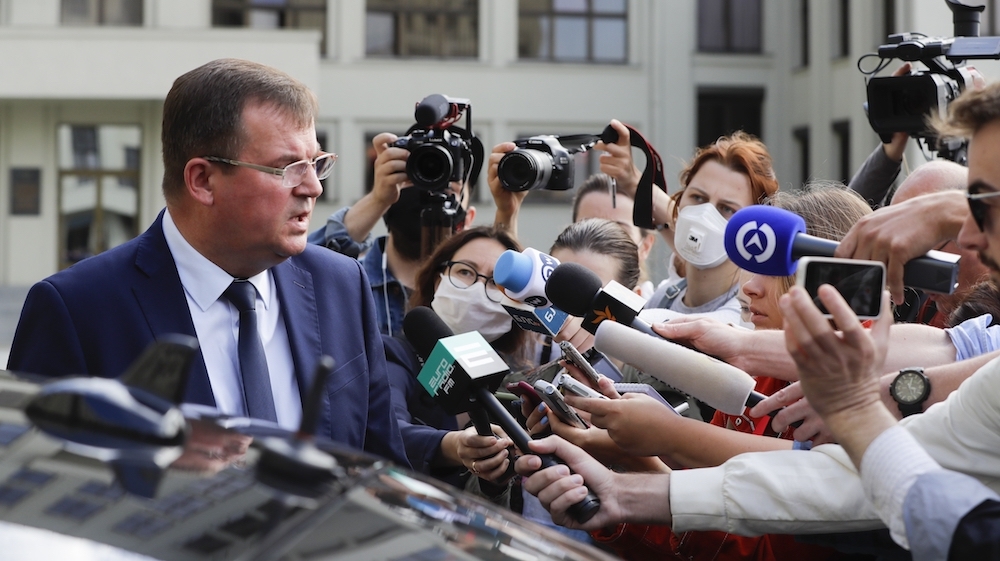 Belarus has opened a criminal probe into planned “terrorist acts” by Russian mercenaries arrested ahead of presidential polls, adding that it was tracking down dozens more.

The country’s security services on Wednesday arrested a group of 32 Russian fighters as well as one other man in a different location.

Belarus security council chief Andrei Ravkov on Thursday said a criminal probe had been launched and that the men face charges of preparing “terrorist acts”.

“Thirty-three have been detained; there are up to 200 or thereabouts on the territory (of Belarus),” Ravkov said.

He said “a search is going on” to find the others, complaining that it was “like looking for needles in a haystack”.

The arrests came ahead of presidential polls on August 9 in which strongman Alexander Lukashenko is seeking a sixth term.

Lukashenko has detained would-be opposition candidates and their supporters.

Protests have erupted across the country of 9.5 million people, with a 37-year-old political novice, Svetlana Tikhanovskaya, quickly emerging as Lukashenko’s main rival.

Lukashenko has accused some of his critics of being controlled by “puppeteers” in Moscow.

Ravkov spoke after meeting the candidates standing against Lukashenko, including Tikhanovskaya, and warning them that security measures would be stepped up at rallies.

State news agency Belta said the authorities had received information about the arrival of 200 fighters in Belarus “to destabilise the situation during the election campaign”.

Lukashenko at an emergency meeting of his security council on Wednesday demanded an explanation from Moscow.

“If they are guilty, it’s necessary to emerge out of this situation with dignity,” Lukashenko said in televised remarks.

Russian Ambassador to Belarus Dmitry Mezentsev said on Thursday that he had been invited to the Belarusian foreign ministry that morning to discuss the case, Russian news agencies reported.

Also on Thursday, Belarus and Ukraine agreed to beef up their border controls and expand border cooperation over the arrests, the Belarusian foreign ministry said.

The move aims to prevent any attempts to destabilise the two countries, the Belarusian ministry said in a statement following a meeting with Mezentsev and the acting Ukrainian ambassador to Belarus.