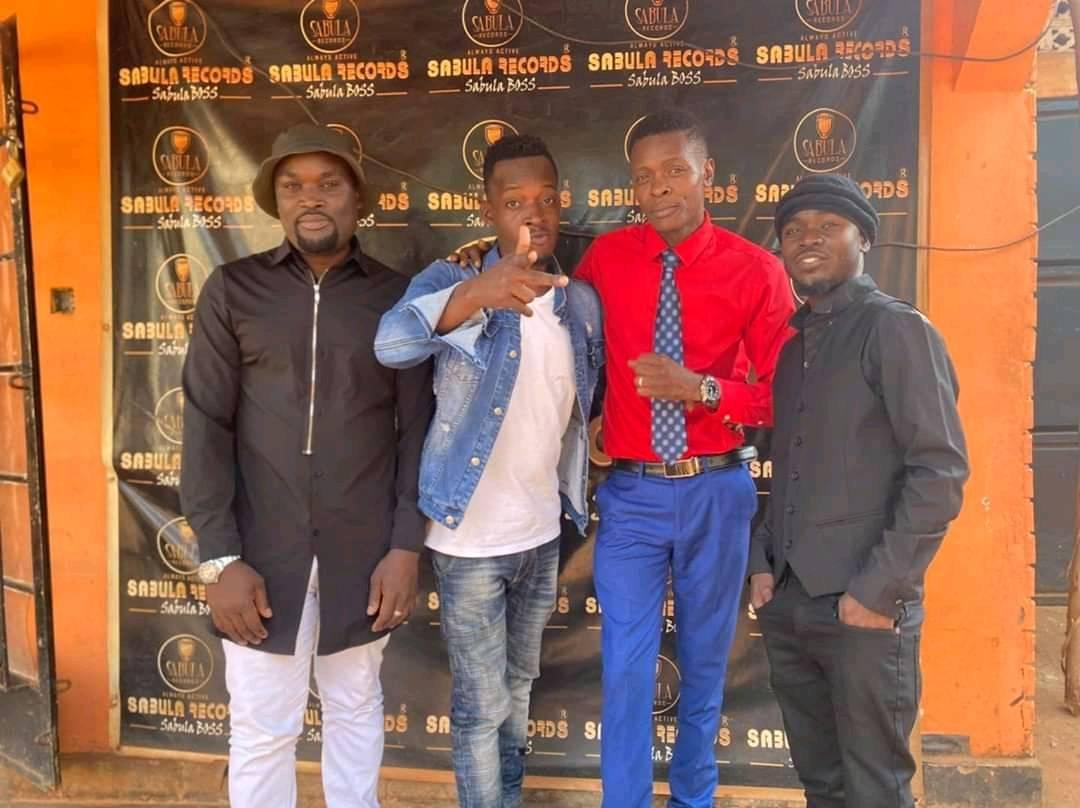 The one-month feud between legendary singer Jose Chameleone and Sabula Records CEO, Diggy Baur is no more by the look of things.

This follows the pictures that are making rounds on social media, where the two appear mending their relationship with a brotherly handshake accompanied with smiles.

Chameleone’s longtime tight-relationship with producer Baur is remembered to have hit rock bottom earlier this month after Baur accused the singer of assault.

The ‘Baliwa’ song producer retaliated to Chameleone’s unruly behaviors to him and his young brother, Hakie with revelation of dirty secrets.

Baur further vowed never to forgive and embrace the ‘Baliwa’ singer, also welcome him to his studio again in Luwafu, Makindye under all circumstances but to our surprise, here they are rubbing shoulders again.

However, none of the two has disclosed any details following their newly mended relationship.

Here are some of the photos after burring hatchet;