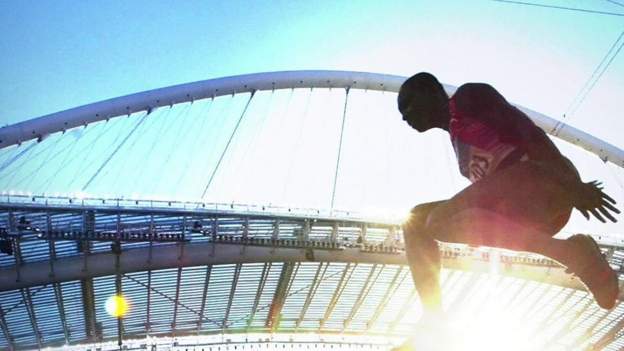 The Cameroonian triple jumper took two Olympic golds after being inspired by her family – her sick mother and then her new baby son.